We are dedicated to educating our customers on the dangers some microorganisms pose to patient safety, both in and out of the laboratory. Brighten your office with our 2020 wall calendar, which features a different microorganism each month. As a bonus, get a digital download of Bosea psychrotolerans today. 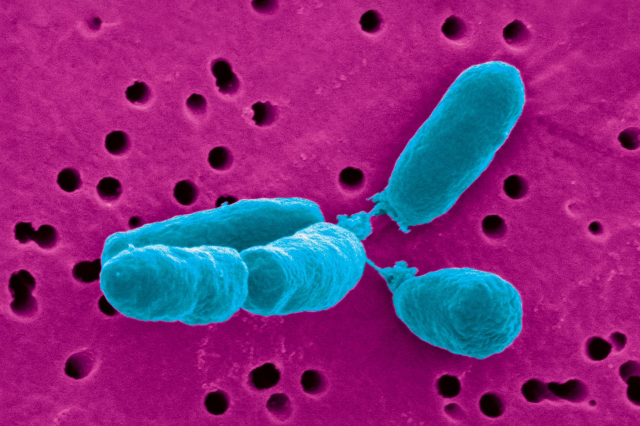 Come back every month, beginning January 2020, for additional information about each organism featured in the calendar.

What is Neisseria Meningitidis (Meningococcus)? 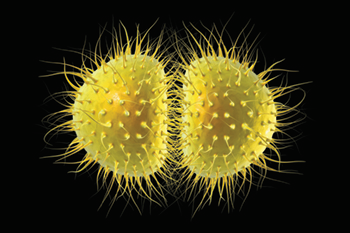 Which molecular identification methods can be used?

Bacterial meningitis is an incredibly infectious disease that has had lasting effects on entire populations until the development of vaccines. Explore how this infectious disease was diagnosed with microbiological tests that were subsequently used to formulate responses to stop its spread.

What is Helicobacter pylori and how does it affect the body? 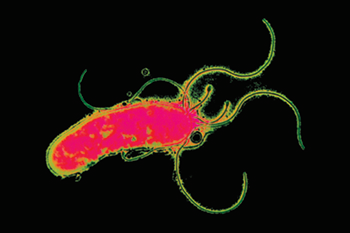 Helicobacter pylori is a common bacteria that is adapted to harsh acidic environments, and can change its environment by reducing its own acidity to ensure survival. It lives in the digestive tract and after many years can cause ulcers or even stomach cancer.

How common is Helicobacter pylori?

Helicobacter pylori is extremely common and typically doesn’t cause problems. Approximately two-thirds of the world’s population is infected, but most remain asymptomatic.

What are the prevention methods?

Although there is no known prevention method, risk of an H. pylori infection can be reduced by handwashing before eating and after using the restroom and by not ingesting contaminated food or water. H. pylori has been found in human saliva, so sharing drinks and utensils with known infected persons should be avoided.

How is Helicobacter pylori identified?

DNA-based identification using PCR (polymerase chain reaction) is the most widely used diagnostic method for H. pylori infections as well as for diversity and resistance analysis and environmental investigations.

Contaminated water as a source of Helicobacter pylori infection: A review

Although there is no definitive known mode of transmission of Helicobacter pylori to humans, scientists and researchers suspect that this pathogen infects humans through water.

What is N. asteroides and how is it related to Nocardosis? 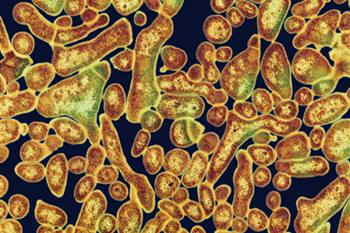 Nocardia asteroides is a branching, beaded, filamentous gram-positive bacilli that is found in soil or standing water and Nocardosis is the disease associated with a N. asteroides infection. The bacterium can be carried up into the air and inhaled subsequently affecting lungs, or more rarely the skin or gastrointestinal tract.

How can N. asteroides be identified?

DNA sequencing has been shown to be the best method to receive accurate identification of N. asteroides and Nocardia species, especially when checked against a relevant library. However, MALDI-TOF MS has also been successfully used for identification.

Why is it difficult to identify?

Due to the large amount of Nocardia species known to humans and the high level of sequence similarity among species, it is hard to identify N. asteroides or other specific species. Each species has different region-based prevalences, pathogenic traits, and antimicrobial susceptibilities, and thus requires identification to the species level to provide proper patient care. Furthermore, compared to the number of possible species and the inconsistent biochemical test results reported as typical for the different species, biochemical methods are insufficient to identify N. asteroides.

Who is affected the most?

People who are taking immunosuppressive drugs or who have compromised immune systems tend to be the most affected. Older adults also tend to be the more frequently affected, and males more so than females with about 500 to 1,000 new cases in the USA yearly.

Bacteria That Masquerade as Fungi Actinomycosis/Nocardia

Commercial identification systems may provide species identification as well as susceptibilities for these unique organisms. However, definitive identification may require molecular techniques for both Actinomyces and Nocardia. 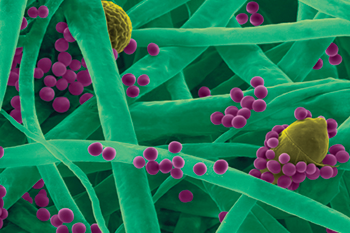 What is Lichtheimia Corymbifera and is it harmful?

L. corymbifera is an opportunistic fungi that is typically found in soil, dead plant material, or decayed foods and can cause infections in persons with impaired immune systems, such as those that have underwent organ transplants. Lichtheimia corymbifera is one of the most common causes of mucormycosis, also known as zygomycosis.

This is a rare fungal infection that mainly infects the sinuses or lungs after inhaling the spores, the skin through cuts, burns, or other injuries, and consequently the bloodstream, which then affects major organs.

What are the methods of identification for L. corymbifera?

Why is Lichtheimia corymbifera important to patient safety?

Mucormycosis caused by L. corymbifera is rare, making the number of incidences hard to calculate; there are an estimated 500 cases reported annually. L. corymbifera is a direct cause of mucormycosis, which has a mortality rate of 50–85% as reported by the CDC, although early detection can lead to better outcomes.

A. corymbifera is a fairly common laboratory contaminant, and Absidia as a whole is fairly ubiquitous in the environment. Explore how this widespread bacteria caused an outbreak in the burn ward of a hospital through contaminated bandages. 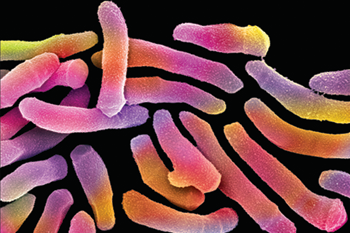 What is Propionibacterium (cutibacterium) Acnes?

Propionibacterium acnes is a skin-dwelling bacteria involved in causing acne. It grows best in anerobic (low oxygen) conditions. Although P. acnes is not life-threatening, it can persist for years and is known to have psychosocial affects such as low self-esteem and depression.

Why was Propionibacterium (cutibacterium) acnes reclassified?

P. acnes was originally known as Bacillus acnes, but was reclassified in 2016 after intensive biochemical and genomic studies due to its ability to create propionic acid.

Where are these bacteria found?

P. acnes is typically found on the skin and in hair follicles, and feeds on the fatty substance produced in glands to keep the skin waterproof. It has been linked to prosthesis and implant infections and is often present in the spinal column of those with slipped disks.

Although the presence of P. acnes does cause spots, research has shown that it is rather helpful. P. acnes helps fight against other harmful bacteria as the hair follicles and pores are already occupied and the harmful bacteria cannot get a foothold.

Although Propionibacterium acnes is a known primarily as a part of your natural skin flora, this bacteria can present as an opportunistic pathogen and can cause chronic implant-associated infections. This article explores how P. acnes transitions from a harmless skin commensal to an invasive biofilm-associated pathogen. 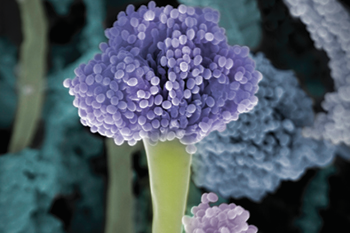 What is Aspergillus fumigatus?

Aspergillus fumigatus is a highly pathogenic fungus whose hydrophobicity allows its spores, conidia, to travel easily via air. A. fumigatus primarily affects the lungs and other portions of the respiratory tract, but has the opportunity to hematogenously disseminate beyond the lungs, especially in immunocompromised patients.

Where is it found?

Aspergillus fumigatus is unavoidable. It is naturally found in decaying organic material, which grows well due to its thermotolerance during the composting process, soil, and even household dust. The opportunistic A. fumigatus is commonly found in moisture damaged environments and at construction sites.

How can it be identified?

There are two main identification methods: molecular and MALDI-TOF. Identification of A. fumigatus to the species level is important because each species has different susceptibilities to antifungal drugs.

Aspergillus fumigatus is a very prevalent fungus, and it is impossible to avoid exposure. If a patient has recently undergone chemotherapy or has had a transplant, it is best to avoid places where mold can be encountered. It would also be beneficial to wear a face mask to avoid Aspergillus exposure as well as other airborne infectious agents.

Contamination of Hospital Water with Aspergillus fumigatus and Other Molds

A. fumigatus is still very relevant to today’s patient safety. There has been an increase in data that support hospital water as a potential source of filamentous fungi and, in particular, Aspergillus fumigatus, as well as preliminary data that support the possibility of waterborne transmission of these molds.

There is supporting evidence of A. fumigatus found in Lymphocyte-activated Killer (LAK) cells. Growth of this fungi in humified incubators during preparation of LAK cell cultures can result in patient infections.

Related Insights
Microbiology in the Movies: Don’t Let B. cepacia Be Your Plot Twist (Video)

Four Tips for Identifying Microbes in Your Facility