The 2022 Microbial Solutions calendar exhibits an impressive display of familiar and unusual microorganisms that are Older than Dirt. Click below to request your calendar and begin your journey of insight into the microscopic world, in which we coexist. 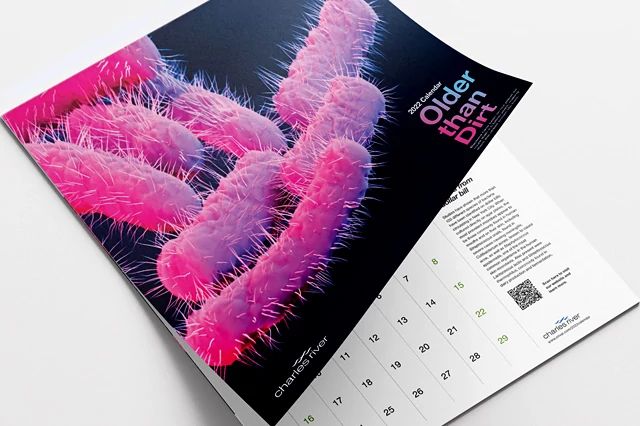 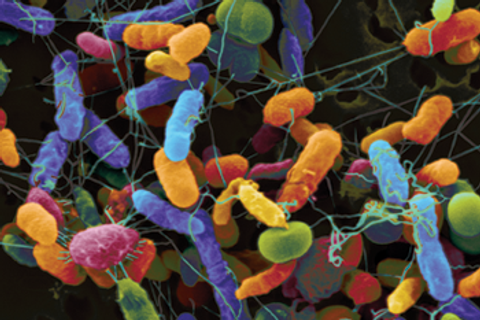 Bacteria from a Dollar Bill

Studies have shown that more than 100 different species of bacteria have been identified on dollar bills circulating in New York City. When cultured directly on agar plates, the most prevalent microbes appear to be those commonly found in human mouths and on their skin, including Streptococcus oralis, found in severe cases causing meningitis, Cutibacterium acnes, known to cause acne, as well as Staphylococcus epidermidis, one of the most common organisms in the human skin microbiota. Also present were Lactococcus lactis and Streptococcus thermophilus, commonly found in dairy production and fermentation.

• S. epidermidis is the most common source of infections of implanted medical devices. This is most likely because it is a characteristic colonizer of human skin, which leads to a high probability of contamination during implantation.

• L. lactis is famous for being the first genetically modified organism to be used alive for the treatment of human disease, more specifically for protein expression and gene, vaccine, and therapeutic drug delivery. 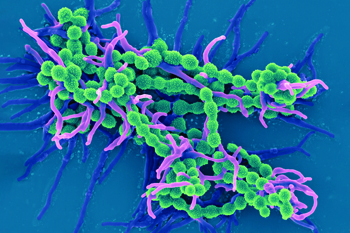 Scopulariopsis brevicaulis is a fungus that is most likely to cause infection of the skin, fingernails, toenails, and hair. As a type III allergen, S. brevicauliscan cause a variety of more serious infections in humans, including mycetoma, invasive sinusitis, keratitis, endophthalmitis, endocarditis, pneumonia, brain abscess, and disseminated infections. While typically isolated from water damaged buildings, it has been found to grow on all kinds of decomposing organic matter, including soil, plant material, feathers, insects, house dust, carpet, wallpaper, and plasterboard.

• S. brevicaulis is the most common species, and the only one of this genus to be present in human infections that has been identified by DNA sequencing.

• S. brevicaulis is the most common mold species found indoors. 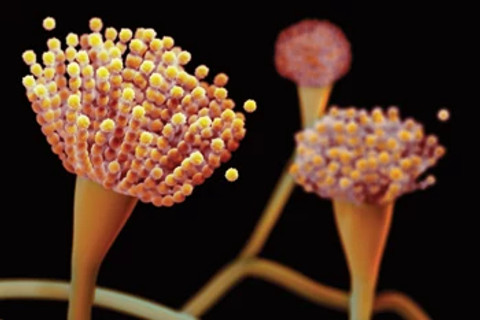 Aspergillus fumigatus is a prevalent airborne saprophytic fungus that can be found growing on household dust, soil, stale food, hay, and grain. Although it isn’t the most prevalent fungus in the world, it is found almost everywhere in the air. A. fumigatus sporulates so abundantly that every conidial head produces thousands of conidia that are released in the atmosphere and are small enough to reach the alveoli in the lungs of humans and animals. In most cases, this does not result in infection, but for people with compromised immune systems or lung disease, A. fumigatus can cause asthma and aspergillosis, a lung disease which can be fatal.

•  A. fumigatus is responsible for organic material decomposition and plays a critical role in the recycling of environmental carbon and nitrogen.

•  Due to its ability to live on surfaces and in the air, this fungus is difficult to get rid of once it makes an environment its home. 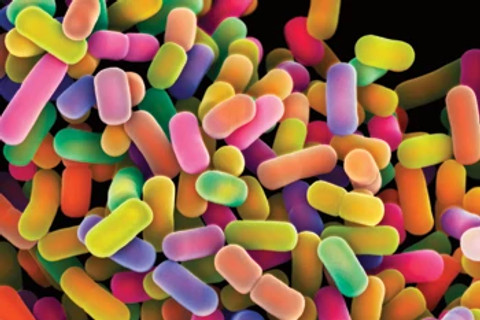 A Gram-positive, rod-shaped, non-spore forming, anaerobic, or microaerophilic bacteria. These bacteria are very rarely pathogenic, as it is part of the normal human and animal flora in the mouth and intestinal tract. L. plantarum is considered a beneficial bacterium and is often used in probiotics. In rare instances with immunocompromised patients, this bacterium has caused endocarditis, neonatal meningitis, and bacteremia. L. plantarum has the dual role as an indigenous human gut inhabitant and a safe starter culture in food fermentation; thus, it carries great potential to be used in functional dairy product development. Next-generation sequencing (NGS) technology will provide whole-genome characterization to support optimal selection and maintenance of microbial strains used in products.

• L. produces its own antibiotics that intelligently target bad bacteria.

• This L. plantarum strain is used in many foods such as sourdough bread, sauerkraut, olive brines, and kimchi.

• L. plantarum probiotics are used to treat patients with irritable bowel syndrome (IBS) showing a major decrease in IBS symptoms and a significant increase in the patients' quality of life. 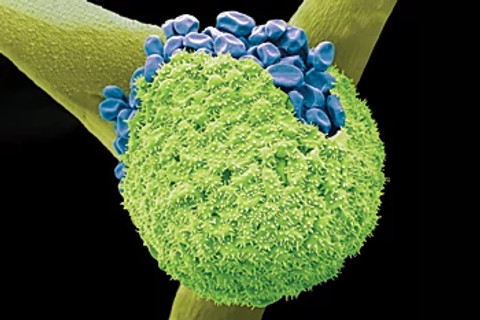 Rhizopus stolonifer, commonly known as black bread mold, is the most common species in its genus and found everywhere in the world. This mold prefers a warm, damp environment and depends on starches and sugars for food, making bread and the soft tissues of harvested fruits its ideal home. Although fast-growing, R. stolonifer is relatively easy to eradicate because it needs a specific food source to grow. Fungicides are often used on crops once they are harvested to prevent storage rot, the spoilage caused by this mold. While normally harmless to most people, R. stolonifer can cause mucormycosis (previously known as zygomycosis) in those that are immunocompromised, which causes fever and effects the face, nose, and mouth.

• Rhizopus stolonifer is rarely noticed by humans because of its microscopic size.

• R. stolonifera is also used in the production of medicinal steroids. It has a steroid-hydroxylating enzyme complex and binding sites on its plasma membrane, which enables it to be extremely effective at producing steroids, such as progesterone, used to treat individuals who have hormonal deficiencies. 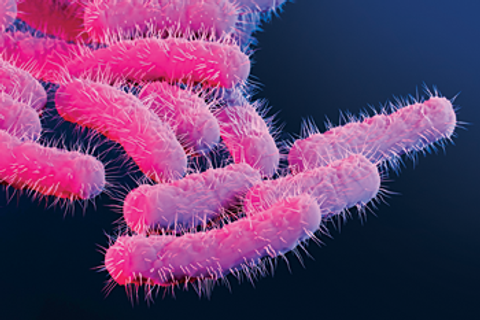 Shigella spp. are identified as a Gram-negative, rod-shaped bacteria with hair-like flagella. Virulent Shigella spp. organisms cause shigellosis, a foodborne illness. Today, there is a consensus that the Shigella spp. species are indeed E. coli strains and the nomenclature of the species within the genus Shigella spp. has been kept for historical and medical reasons. Timely and accurate identification of Shiga toxin-producing Escherichia coli (STEC) is important in many industries; clinical, food, and even cannabis harvesting and processing. For example, less than 1 CFU is permitted in a gram of regulated marijuana or cannabis product in the state of Colorado. If STEC is detected beyond this limit, the testing facility must contact the State Department of Public Health.

• This genus is named after Kiyoshi Shiga, who first discovered these bacteria in 1897.

• There are numerous lines of data that show that the four Shigella species are E. coli strains and the nomenclature of the species within the genus Shigella has been kept for historical and medical reasons.

• Human and higher primates are the only known hosts of Shigella.

• Shigella thrives in the human intestine, and is spread via food and person-to-person contact. 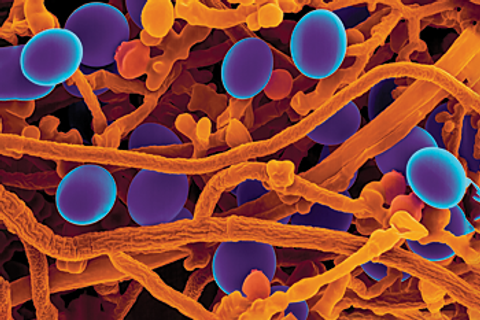 Nigrospora oryzae is a fast-growing filamentous fungi that is a plant pathogen, causing disease in corn known as ear rot or cob rot. In addition to greatly effecting corn fields throughout the world, N. oryzae also infects rice, sorghum, cotton (lint rot), and cane plants (foliar or cane rot). This dematiaceous fungus is widely distributed in soil, decaying plants, and seeds. N. oryzae has no confirmed pathogenicity in humans.

• Species of Nigrospora have shown to be extremely interesting in the discovery of novel metabolites, which are important for plant protection and medicinal purposes. 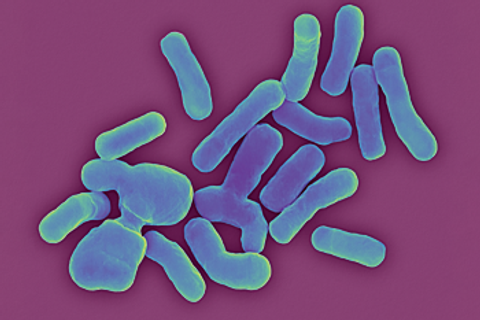 Studies have shown that NASA’s scientists have been performing environmental monitoring in certain locations of the International Space Station. In March 2021, after returning the equipment to Earth, they released that one known bacteria, as well as three new strains of bacteria, were recovered – all belonging to a family of bacteria usually found in soil and fresh water. The known bacteria have been accurately identified as Methylorubrum rhodesianum. The other three are from an entirely new species named Methylobacterium ajmalii. These bacteria are not only safe for humans, but could possibly prove beneficial for growing crops in harsh environments like space.

• Genomic analysis of the ISS M. ajmalii strain revealed the presence of genes that have been involved in promoting plant growth. 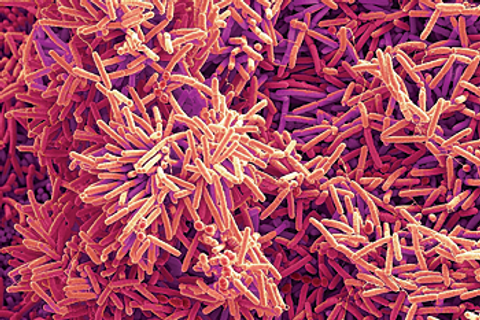 Oral bacteria are a complex group that cause risk of gingivitis and periodontitis. These identifiable bacteria fall into low, moderate, and high pathogenic risk groups depending on how aggressive and how likely the bacteria would be to cause serious human disease. Plaque makes up a dental biofilm of bacteria embedded in a glycoprotein matrix of bacterial secretions and saliva. The bacteria feed on sugars in food, producing acidic waste, which corrodes the teeth’s enamel coating causing tooth decay, inflamed and infected gums, severe gum disease, and tooth loss.

• Plaque contains over 300 species of bacteria.

• Mosquitos have twice as many teeth as humans.

• China has an annual “Love Your Teeth” day on September 20. 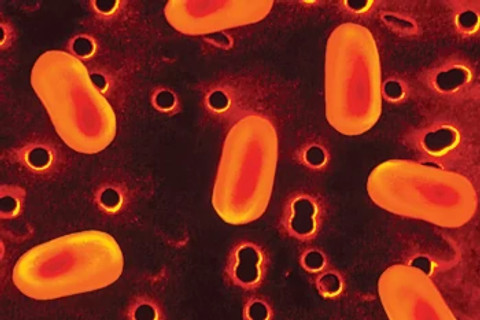 Haemophilus influenzae is a non-motile, Gram-negative bacillus. A notable pathogen amongst children aged 1-5 years old, it can colonize the upper respiratory tract and be harmless or spread to the lower respiratory tract and cause diseases like bronchitis, pneumonia, and otitis media (infection of the middle ear). In severe cases, H. influenzae can also cause meningitis and bloodstream infection. In 1985, the Hib vaccine was first introduced to prevent H. influenzae type b infection in children.

• The CDC recommends that all children younger than five years old receive the Hib vaccine.

• Before the Hib vaccine, H. influenzae was the leading cause of bacterial meningitis in children under the age of five.

• These bacteria cannot survive on surfaces or in the environment. Their preferred home is in the nose and throat of humans.

• These bacteria are transmitted by close contact with an infected individual.

Pneumocystis jirovecii is an opportunistic, yeast-like fungus commonly known for causing pneumonia. P. jirovecii is the causative organism of pneumocystis pneumonia (PCP), which is extremely rare in healthy patients but extremely life-threatening for at-risk patients with underlying health conditions. This fungus is spread through the air by others infected with it; however, most who are infected with P. jirovecii will not feel ill or ever experience pneumonia-like symptoms.

• In healthy adults, the immune system will remove this fugus after several months.

• P. jirovecii was previously classified as a protozoan. 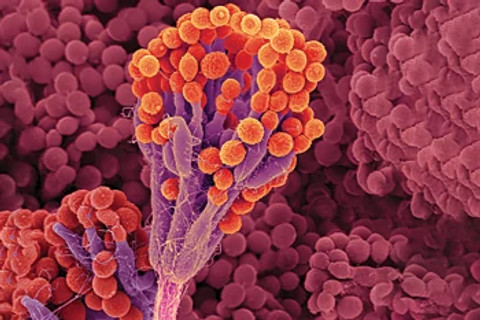 Penicillium is a genus of ascomycetous fungi that is part of an extremely important mycobiome of species in our natural environment. Penicillium produces the antibiotic drug penicillin, which was discovered accidentally by Alexander Fleming in 1928 when his bacterial culture dish became contaminated with the fungus. The discovery revolutionized medicine and won Fleming the Nobel Prize in 1945. Although the reason for a life-saving antibiotic, Penicillium can also be life-threatening to those with weak or compromised immune systems, causing severe allergic reactions and infections. Some species produce carcinogenic mycotoxins and can cause measurable organ damage when inhaled.

• Penicillins were the first antibiotic that doctors used.