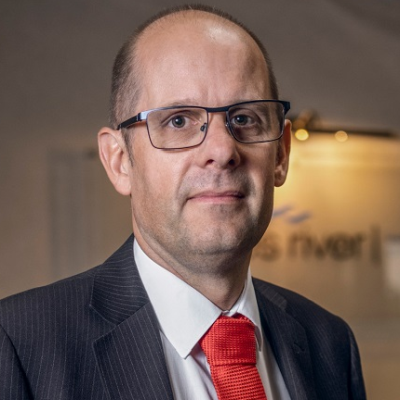 Clive graduated with a PhD in in vitro dermal metabolism and toxicology from Newcastle University. He joined Inveresk Research (acquired by Charles River in 2004) as a Research Officer to develop the in vitro skin penetration service. After serving in study director and scientific manager roles, he became Head of In Vitro Sciences, growing the organization from a team of 1 to 25, exclusive of QA, bioanalysis and pathology support staff. His department currently performs in vitro safety pharmacology, investigational and mechanistic toxicology and in vitro respiratory toxicology with 10 additional staff.

He has presented at many meetings and organized small meetings (Skin Metabolism) and large conferences (WC9). Dr. Roper has authored and co-authored many posters and abstracts as well as peer review papers. He is a peer reviewer for journals including TIV, Regulatory Pharmacology & Toxicology, Annals of Work Exposures, and Health and Skin Pharmacology and Physiology. He has been actively involved in advising regulatory agencies including NIH, SCCS and EPA as well as industry bodies and has presented a webinar on in vitro toxicology with the FDA. He is also a member of several working groups for Charles River’s Centers of Excellence and the global Charles River 3Rs Working Group as well as being a founding member of the North American 3Rs Collaborative.