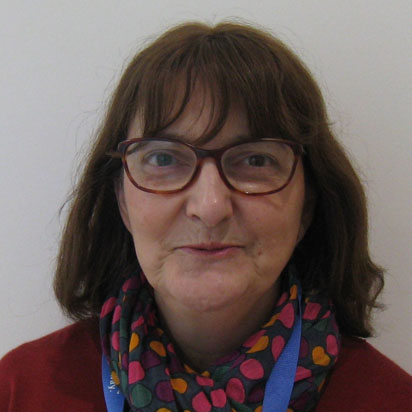 Elizabeth obtained her BSc. Hons in comparative biochemistry and physiology at Queen Mary College, University of London before moving to The Medical College of St Bartholomew’s Hospital (also University of London) to undertake a PhD in steroid hormones and breast cancer under the supervision of Professor Gavin Vinson. After a short post-doc period at St. Bartholomew’s, she moved to the Christie Hospital in Manchester to lead an academic translational research group in oncology with a focus on breast cancer and mammary gland biology. Her lab also worked on other tumour types including those of the prostate, colon, and rectum as well as providing a steroid receptor and HER-2 measurement service for breast cancer patients in the North West of England.

After 16 years at the Christie Hospital, she joined AstraZeneca UK as a translational science strategist in oncology, where she was responsible for the later stage preclinical biology programs of a number of different drugs across a range of tumour types, enabling the transition from drug discovery into clinical development and then registration. In 2011, Elizabeth joined oncology discovery at Boehringer-Ingelheim as Scientific Director in External Research where she was responsible for generating strategy and competitive intelligence to support oncology research and development. While at Boehringer-Ingelheim, she supported the entire oncology portfolio from small molecule inhibitors to antibodies against immuno-oncology targets and across the entire value chain from target selection up to the end of Phase II clinical development.

Dr. Anderson has extensive knowledge of solid and haematological tumor types as well as novel methods of cell and tissue explant culture, biomarker development, validation and quality control of immunohistochemistry, development of PDX animal models for the study of normal and malignant human tissue. She has more than 60 peer-reviewed publications and is currently a Deputy Editor for Breast Cancer Research, a specialist oncology journal with a 2y impact factor of 6.142. She has presented extensively at national and international conferences.

Connect with Dr. Anderson on LinkedIn