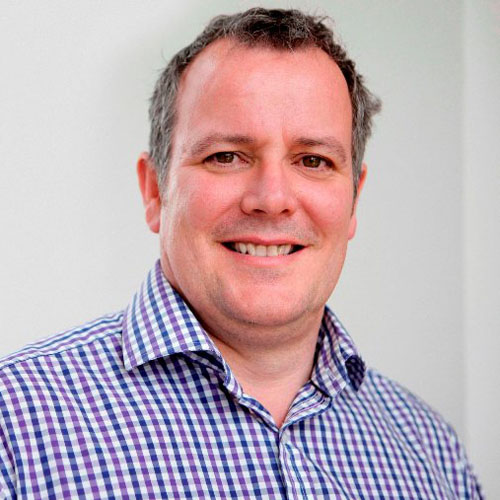 Ian Waddell received his PhD in molecular medicine from the University of Dundee (UK). After completing postdoctoral appointments in the US, Ian secured a lectureship at Dundee and spent the next five years expanding his work on diabetes and obesity. He then joined AstroZeneca, taking on roles of increasing responsibility, including Director of Lead Optimization Bioscience and Director of Discovery Medicine in the Oncology iMED. Ian left AZ to take a Head of Biology role with CRUK based in the Drug Discovery Unit at the Christie Hospital, in which he led a biology group across target identification, target validation, screening, and pharmacology (both in vitro and in vivo). He was also responsible for building and managing collaborations with pharma partners and sat on the scientific advisory panel of two early-stage startup biotech companies. Dr. Waddell has a very strong interest in efficient drug discovery and undertook a course at Villanova University that allowed him to become a lean six sigma black belt.

Dr. Waddell is passionate about the personalized medicine aspects of oncology research and bringing translational science, especially the learnings from clinical trials much earlier into the drug discovery process. He feels that we have much to learn from examples such as ALK and RET where the identification of the fusion protein lead to the rapid discovery of clinical candidates with a clearly defined patient selection strategy. His most enjoyable experience in a career in Oncology was developing synthetic lethal hypotheses within the field of DNA repair mechanisms where he had a clear understanding of the patient selection before the hit identification process had even begun.

Connect with Dr. Waddell on LinkedIn