How does the gut microbiome contribute to neuroinflammation? Why are researchers and scientists around the world looking at the cells that protect neurons and the immune system versus the neurons alone in neurodegenerative disease? In each of the following videos scientists, like you share how they are shaping the next wave of neuroscience drug discovery. 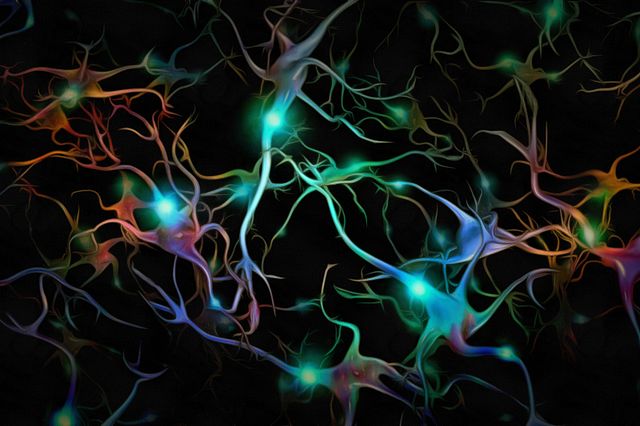 Watch the videos below to learn how to build your neuroscience research portfolio by going outside the neuron and into the immune system.

In this episode, Carina shares her personal experience about multiple system atrophy and how Charles River continues to advocate for patients, reminding us all why we do what we do.
Make a donation to the Multiple System Atrophy Coalition

In episode 2, Malu discusses how the immune system and the central nervous system have to communicate very well to have precise mechanisms working to preserve brain health. Because age is the number one risk factor for the two most common age-related neurodegenerative diseases, Alzheimer's and Parkinson's, it's important to put those into the equation of “how do the support cells that are also aging affect neuronal function and neuronal survival?”

MSA is a rare disease. Vikram discusses how many patients have this disease yet it is thoroughly underdiagnosed. The pathology is the finding that glial cells, both astrocytes and oligodendrocytes, but classically oligodendrocytes develop very striking inclusions that are rich in the protein alpha-synuclein. This finding in the late '90s galvanized the thought that these disparate diseases that have been described before were all part of the same disease.

In this panel discussion, we hear from a variety of scientists in the field of neuroinflammation from academia to industry as they answer questions from the moderator and the audience about the direction the field is moving and what challenges still exist.

Diana explains that neurodegenerative disorders including Alzheimer’s, Parkinson’s, Huntington’s, ALS and other dementias are associated with activation of both innate and adaptive immune responses. LPS is often used as a tool for understanding the neuroinflammation process in different transgenic models and for a variety of in vivo and in vitro assays.

Carina is a product manager at Charles River's Neuroscience Discovery units based in Finland, South San Francisco, The Netherlands and the UK. She has a PhD from Boston University and completed her postdoctoral studies at both Tufts University School of Medicine in the Neuroscience Department in Boston, MA and Pfizer in Groton, CT.

Malú Gámez Tansey obtained her BS and MS in biological sciences from Stanford University and her PhD in physiology from The University of Texas Southwestern Medical Center in Dallas, Texas. She spent two years in the biotech sector after postdoctoral training at Washington University in St. Louis before returning to academia as an Assistant Professor of Physiology at UT Southwestern. She became a tenured Associate Professor of Physiology in 2008 and is now a Professor of Neuroscience and Director of the Center for Translational Research in Neurodegenerative Disease (CTNRD) and the first endowed chair of the Fixel Institute for Neurological Diseases (FIND) at the University of Florida in Gainsville. Her laboratory is primarily interested in the role of immune and inflammatory responses in brain health and what goes wrong in neurological disorders that predisposes you, or potentially tries to adapt a response to disease or dysfunction.

Vikram is on the faculty at Harvard Medical School, an attending neurologist at Brigham and Women’s Hospital, and scientific co-founder of Yumanity Therapeutics. He is a medical graduate of the University of Sydney, Australia, and came to Boston as a Fulbright Scholar in 2001, obtaining his PhD in neurobiology from Harvard University in 2006. He completed his residency in neurology at Brigham and Women’s and Massachusetts General Hospitals, and Fellowship training in movement disorders and ataxia at Massachusetts General Hospital. He co-founded Yumanity Therapeutics in December 2014, a company that applies stem-cell technologies to drug discovery in neurodegenerative diseases and joined the Ann Romney Center and Harvard Stem Cell Institute in 2016.

Irah King, PhD, Associate Professor, McGill University
Irah completed his PhD at the University of Rochester in the study of neuroimmunological diseases. He then joined the Trudeau Institute in New York as a postdoctoral fellow where his research focused on mechanisms of host defense against intestinal parasite infection. He later joined the Department of Microbiology and Immunology at McGill University. He is currently an Associate Professor of Immunology and Canada Research Chair in Barrier Immunity at the McGill University Health Centre Research Institute and member of the Meakins-Christie Laboratories. The focus of his research program is to understand how immune cells communicate with their local environment to promote protective immune responses relevant to human disease with a particular interest in immunity at barrier sites such as the gut, skin, and lung as these tissues face the complex task of maintaining homeostasis while directly interacting with commensal and pathogenic microbes.

Danielle Counotte, PhD, Senior Scientist, Nutricia Research
Danielle is a senior scientist with Nutricia Research. She was trained as a neurobiologist, but currently works for a food company. Nutricia makes medical foods in different stages of development that are aimed at improving neurological disorders like Alzheimer's disease and Parkinson's disease. One of her projects is aimed at the gut-brain axis where they have tested a nutritional composition that encompasses precursors and co-factors for the synthesis of phospholipids.

Rana Samadfam, PhD, Director of In Vivo Pharmacology, Charles River Labs
Rana received both an MSc and PhD in pharmacology from the Université de Sherbrooke. Following her postdoctoral training at McGill University, Rana joined Charles River, where she and her team focus on inflammation, immunology, autoimmune, IBD, respiratory, skin, and joint diseases. She is the recipient of several scientific awards, author of over 105 peer-reviewed publications, and editor of a bone toxicology book. Her articles have appeared in Scientific American, and her most recent peer-reviewed studies have been published in Journal of Bone and Mineral Research and Bone. Rana is a Diplomate of the American Board of Toxicology.

Diana has over 10 years of experience in the life sciences, with the last three years spent in various roles of scientific leadership for Charles River. She has taken a in vivo pharmacology lead role in numerous pharmacology and integrated drug discovery programs in CNS and rare and orphan diseases indications, including neuropathic pain, Parkinson’s Disease (PD) and neuropsychiatric disorders. She holds a degree in medical biotechnology and a PhD in neuroscience, with her research interests focused on the pathogenesis of neurodegenerative diseases, particularly Alzheimer´s Disease (AD) and Huntington´s Disease (HD), as well as traumatic brain injury (TBI).

Bring your research to the next level