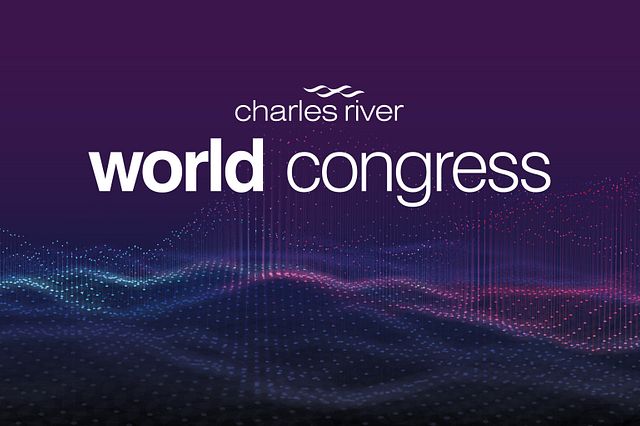 This September, we welcomed a doctor, parents, and patients to our World Congress stage to remind us of our purpose and of what we can accomplish when we work together. Watch the video series for inpiring accounts of progress towards cures for rare diseases and share in the hope for a healthy future.

In this episode, Matt shares his journey as an entrepreneur and founder of a nonprofit biotech. Learn how a company dedicated to finding a cure for NGLY1 is also changing the way rare diseases are researched and treated.

Blog: The Science of Saving Grace

In this episode, Allyson discusses the promise and challenges of developing gene therapies for rare disease, from her unique perspective as a veterinarian, parent of a child with Angelman syndrome, and chief operating officer of a biotherapeutic company.

Podcast: The Quest to Cure Quincy

In this episode, the Burke family inspires us with their personal story of Jack’s neurofibromatosis (NF), a rare condition that causes neurological tumors. Learn about the disease, the family’s CureNFwithJack foundation, and their tireless work toward finding a cure.

Video: The Crusade to Cure Jack

In this episode, Dr. Yu tells us about Mila, a young girl with a subtype of Batten disease who by luck of social media crossed paths with his lab. Learn how his team harnessed large genomic data sets to understand disease biology and bridge the gap between discovery, diagnosis and therapy.

Matt Wilsey is a Silicon Valley entrepreneur, angel investor, and start-up advisor. In addition to consumer products and services, Matt invests in and advocates for biomedical research, drug development, and genetic sequencing technologies. He spent five years as Co-founder and Vice President of Business Development at Zazzle.com.

Matt started his career serving in various roles at the White House and the Department of Defense. Matt became a “rare disease hunter” and advocate after his daughter, Grace, was born with NGLY1 Deficiency. He has since funded nearly 75 scientists at 20 medical centers in 5 countries with the sole purpose of treating the disease. Matt holds a B.A. from Stanford University and a M.B.A. from Stanford’s Graduate School of Business. In addition to the Grace Science Foundation, Matt is also a Board member at the Charles and Helen Schwab Foundation.

Dr. Allyson Berent is veterinary specialist in internal medicine, medical device development, urology and interventional endoscopy. She graduated from Cornell University College of Veterinary Medicine and completed her internship at the University of Minnesota. She then completed her internal medicine residency at the University of Pennsylvania and a fellowship in interventional radiology at the University of Pennsylvania. She concurrently completed a fellowship in endourology at Thomas Jefferson University in Philadelphia. Allyson Berent is currently the director of interventional endoscopy at the Animal Medical Center in New York City, and is the Chief Science Officer for the Foundation for Angelman Syndrome Therapeutics. In 2017 Dr. Berent became the Chief Operating Officer of GeneTx Biotherapeutics, a company solely focused on the development of an antisense oligonucleotide drug for the treatment of Angelman syndrome.

CureNFwithJack (“CNFWJ”) is a nonprofit organization whose mission is to fund research to find an effective treatment or cure for neurofibromatosis (“NF”), a genetic disorder that causes tumors to grow anywhere along the nerves of the body. The inspiration and motivation behind CNFWJ is Jack Burke, a dynamic, inspiring boy who lives with NF. With Jack’s help, CNFWJ has encouraged thousands of people previously unfamiliar with NF to learn, donate and spread awareness about NF. It is CNFWJ’s hope that creating awareness, bringing people together, and supporting the medical community in its research endeavors will lead to the day that NF no longer exists.

Dr. Yu completed his undergraduate degree in biochemistry and molecular biology at Harvard College, his MD and PhD. degree (in Neuroscience) from the University of California at San Francisco, clinical neurology training at Massachusetts General Hospital and Brigham and Women’s Hospital, and a fellowship in neurodevelopmental genetics at Massachusetts General Hospital and Boston Children’s Hospital. He joined the faculty in the Division of Genetics and Genomics as Instructor in 2010 and Assistant Professor in 2013.