Nuclear magnetic resonance (NMR) is a well-established analytical technique to resolve or confirm the molecular structure of a chemical or the physical properties of the material. 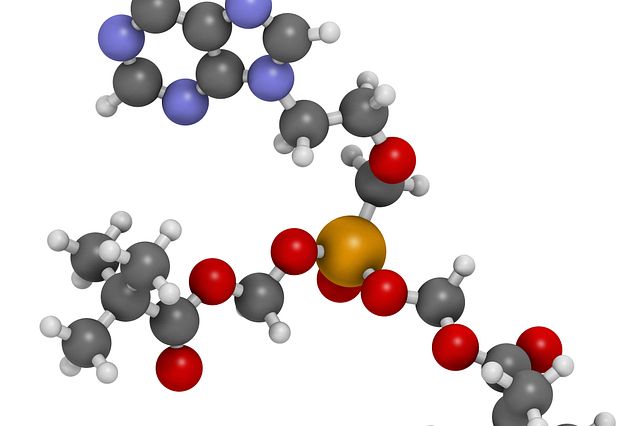 Quantification of Compounds with NMR Spectroscopy 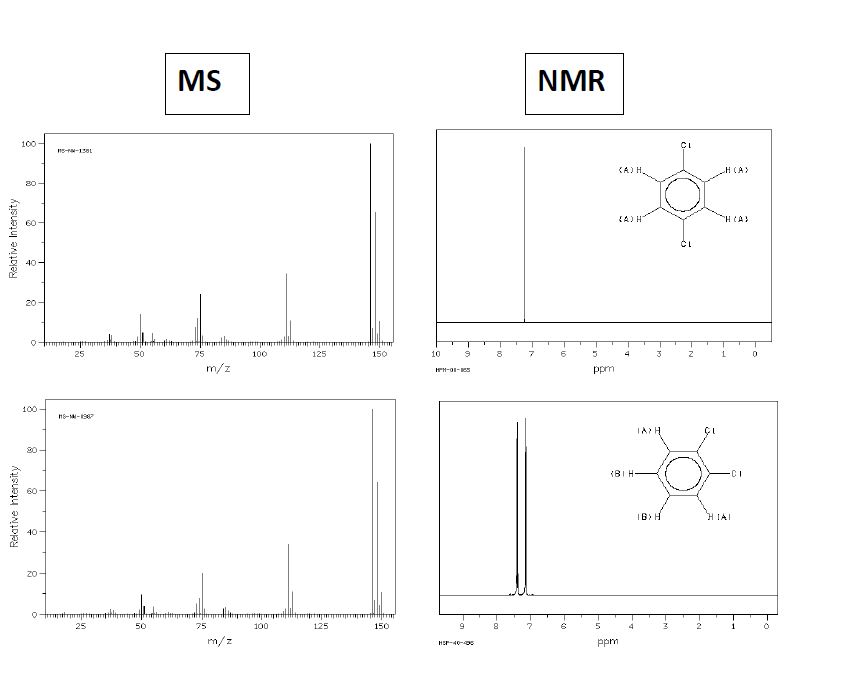 The MS spectrum clearly indicates the molecular mass (146) and the presence of two chlorine atoms as well as the aromatic structure of the molecule. However, based on the mass spectra, the p- and o-isomers cannot be distinguished. The (proton) NMR spectra however clearly show one signal for the H-atoms in the p-isomer (all H-atoms are equivalent) whereas for o-dichlorobenzene two different positions exist for H-atoms (A and B), giving two distinct signals in the NMR spectrum.

Do You Know What You Don’t Know?

Learn what 40 years of experience can do for you.

Part of the determination of physical and chemical properties of a compound is the confirmation of the chemical structure, to prove that the right compound is being investigated. NMR is one of the most powerful tools in the set of spectroscopic techniques that provide that evidence. This is the most prominent application for the introduction of NMR at Charles River.

In characterizing a new compound, also the occurrence of impurities, residual chemicals originating from the production process and residual solvents are requested by the regulators. For agrochemicals, this is performed in the 5-batch analysis study, where different production batches of an agrochemical are investigated and chemically compared. Here too, the identification of impurities is a first step in this comparison and the regulatory approval.

A less common, though no less valuable, application for NMR is the quantitative analysis of compounds where the more conventional analytical techniques like HPLC and GC fail because of lack of sensitivity (e.g., HPLC-UV analysis of a compound without a chromophore). Unlike HPLC-UV and mass spectrometry, NMR is an absolute analytical technique where the response is independent of the molecular structure; thus it is ideally suited as a quantitation technique fit for all sorts of (organic) compounds. At present, Charles River is collaborating with NMR’s manufacturer to make the instrument’s software GLP compatible to enable its application in dose formulation analysis. This feature is expected to be operational in 2019.

Another important application for highly sensitive NMR instruments is the identification of metabolites in adsorption distribution, metabolism, and excretion (ADME) studies that assess the behavior of new pharmaceuticals in animal models. As the metabolite derives from the intact pharmaceutical, very often mass spectrometry can solve this question (e.g., in hydroxylation, where a hydrogen atom (–H) is oxidized and replaced by –OH, the mass addition is 16 because of the extra oxygen atom). But very often, mass spectrometry alone cannot specify which H atom is replaced. NMR addresses this limitation.

Physicochemical properties, 5-batch analysis, and dose formulation analysis based on NMR spectroscopy are some of the areas which Charles River is developing methods and procedures. If you have questions about your compound structure that we can help you answer, please contact us at [email protected].

Do You Know What You Don’t Know?

Improving the Reliability of Substance Identification

How To Seek Approval for Chemicals—Everywhere