A Bull's-Eye on Tumors

Fighting cancer is becoming a drone war. Hear from three experts how this paradigm shift is impacting preclinical drug development. The first in our series of cancer roundtables.

Plenty of facts and figures sum up the global fight against cancer. Let's focus for a second on 771.

That's the staggering number of medicines or vaccines that were either in clinical trials or awaiting review by the U.S. Food and Drug Administration (FDA) in 2014. Innovative personalized medicines—including targeted therapies, therapeutic vaccines and preventive vaccines—make up between 12% and 50% of the oncology pipeline, according to the Pharmaceutical Research and Manufacturers of America (PhARMA) report.

Some of the biggest investments are occurring in immuno-oncology, where researchers have made tremendous progress in figuring out how to activate a patient's own T cells to kill tumors.

But finding a compound in early discovery that is good enough to reach the patient's bedside—whether it's one of the innovative biologics commanding so much attention or a best in class version of a more conventional drug—is a long shot. PhARMA estimates that for every 10,000 compounds synthesized only one will receive FDA approval.

The ability of animal models to predict the efficacy of experimental compounds in humans remains a persistent problem. With immunotherapies, in particular, it can be hard identifying which patients will most likely respond to treatment. Immune escape mechanisms can be heterogeneous, not just across patient populations but among tumors within a single patient, so finding compounds or combinations of compounds that induce the broadest and most potent responses in the largest groups of patients is really hard.

Researchers are turning to old and new tools to solve some of these problems early on in drug development. Among the literally 1,000s of mouse models in the literature, researchers are focusing more on syngeneic mouse models, which have an intact murine immune system, and humanized mice, which are created using donor human cells in highly immunodeficient mice, to study cancer immunotherapy. Companies are also repurposing failed cancer drugs in new and novel ways and learning more and more about the tumor microenvironment.

To hear more about present-day innovations and challenges in cancer development—particularly on the in vitro and in vivo early discovery side—Eureka Senior Scientific Writer Regina McEnery turned to three of Charles River's leading cancer scientists for insights on where the field is headed: Robert Mullin (RM), Senior Research Director of Charles River Discovery Services' in Morrisville, NC, which specializes in cancer, Joseph Murphy (JM), Director of Science, R&D in Morrisville and Martin O'Rourke (MO), Director of Biology at Charles River's Discovery Services site in Harlow, UK.

Mullin is a trained biochemist with extensive experience with tyrosine kinase inhibitors and worked closely on two drug compounds that received FDA approval. Murphy is a trained immunologist whose research has focused on cancer angiogenesis and immunotherapy. O'Rourke's background is in vascular tumor biology and his current projects focus on cancer immunology and inflammation.

The scientists discuss how different animal models and in vitro tools are being used to advance the field of cancer immunology, what we are learning about the biophysical properties of tumors—and why it is important in drug development. They also weighed in how close we are to a cure. This is the first in a series of cancer roundtables appearing on Eureka this month.

Why are animal models so challenging in cancer drug development?

MO: Does anyone want to open a Pandora's Box?

RM: Cancer is not one disease, it is innumerable diseases. No single model ultimately represents a clinical population and the translation of preclinical data to the clinic remains one of the principal challenges in oncology. The response to that is probably best reflected in current interest in doing mouse clinical trials, where [pharmaceutical companies] are looking at the responses of as many as hundreds of models to a therapeutic rather than looking at the response of one to a handful of models. This is all in an attempt to address the diversity issue that cancer presents.

JM: But there is a much deeper understanding of the tumor microenvironment than there was several years ago. And the more we find out about the different cell components that make up the biophysical properties of the tumor the better place we are in to actually utilize drugs that may counteract and destroy the tumor. We could have a wonder drug that in an in vitro setting eliminates cancer cells, but if it can't reach the tumor then it won't be very effective.

What are we learning about these biophysical properties?

JM: Pancreatic cancer—one of the particular types I worked on—is very resistant to the drug of choice and resistant to any sort of treatment, which is why it has such a poor prognosis. The more we understand about the tumor's biophysical characteristics, the greater the chance of developing something that can penetrate the tumor and allow access of other chemotherapeutic agents. The success rates for treatment might then be much higher.

Why so much interest lately in syngeneic mouse models?

RM: The vast amount of work done with xenografts over the last two decades was done in the space where the immune system was compromised in order to be able to grow human tumors. What you gave up was any immunology. With the progress in checkpoint inhibitors there is just a monumental swing towards asking questions within this immunological interface and that's pushed the field back into syngeneics because they have a complete and functional immune system.

Where are we at with humanized mouse models?

JM: At this point the syngeneic models are somewhat better simply because humanized models have not yet been optimized. Humanized mice could be an excellent way to get some idea of precisely how the drug works in the human immune system but I just don't believe we are quite there yet.

What in-vitro technologies are being explored in early discovery?

MO: More and more we are measuring multiple parameters—a complex culture of cells [fibroblasts, muscle cells] rather than just one cell to try and capture more of what you actually see in the tumor. Normally in drug discovery you have a cell and a flask with lots of oxygen, but this probably isn't what you would find in a tumor. So we're trying to develop a system where we are growing cells in balls that represent areas of cell culture which will not have oxygen.

JM: It's interesting. We spent a lot of time trying to find antiangiogenics but now some groups are trying to normalize the vasculature within the tumor to allow easy access of chemotherapeutic drugs that could actually destroy tumors once in there.

Given the excitement surrounding immunotherapy, are we moving closer to curing cancer?

RM: We are moving in that direction but we have a long, long way to go. The heterogeneity of the disease will, in my mind, continue to be the largest challenge.

MO: I agree. We are curing cancer to a certain extent in some subtypes but you have to remember that this is a disease that has been around for a millennia. It will be difficult to find one thing that cures all cancers. It will have to be a balanced approach.

JM: I am reticent to say we will have a cure for cancer in 10 years and I am pretty much pathologically positive. But in recent decades we have seen an acceleration with combination therapy to the point where even if we can't eradicate cancer completely we may achieve a durable response much the way AIDS drug cocktails have been able to keep [HIV] dormant in patients for years.

What could be a game-changer in overcoming cancer?

RM: It's been on the horizon, somewhat out of reach, and that's the power of the immune system. We are seeing clinical outcomes that are being driven by stimulation of the immune system. The types of responses that you get are very dramatic and even more powerfully they are very long-lived. The immune system has a memory. Granted we are talking mouse models but we have the ability to cure animals—and these are durable cures—and then come back and re-inject tumor material and it doesn't grow because of that memory. If we can sort out how to harness this it has quite a lot of potential [in the clinic.]

JM: I would have to agree with Bob. From an evolutionary perspective, we have not yet adapted to combat cancer. Thus, if we were able to better understand and tweak the immune system this could ultimately lead to the most durable response whereby immune cells literally are surveilling on a daily basis, primed to pick up something and prevent the tumor from growing again.

Don't we also run the risk of putting too much immune pressure on tumors and creating populations of "super tumors."

RM: In a Darwinian perspective tumors "evolve" and any advantage relative to the immune system is selected for. The term applied to this process is immune-editing. There is another school of thought where the more immunogenic tumors and thus the more immunologically treatable tumors are those with a higher "mutational load" (they have more mutations) and those mutations make the tumor more unique and detectable by the immune system. For me one of the puzzles is that with immune-editing in the background one might think that more mutations could lead to the selection of tumors which were less immunogenic making them more difficult to treat immunologically. Sometimes it's a challenge to get all the theoretical pieces to fit together nicely. 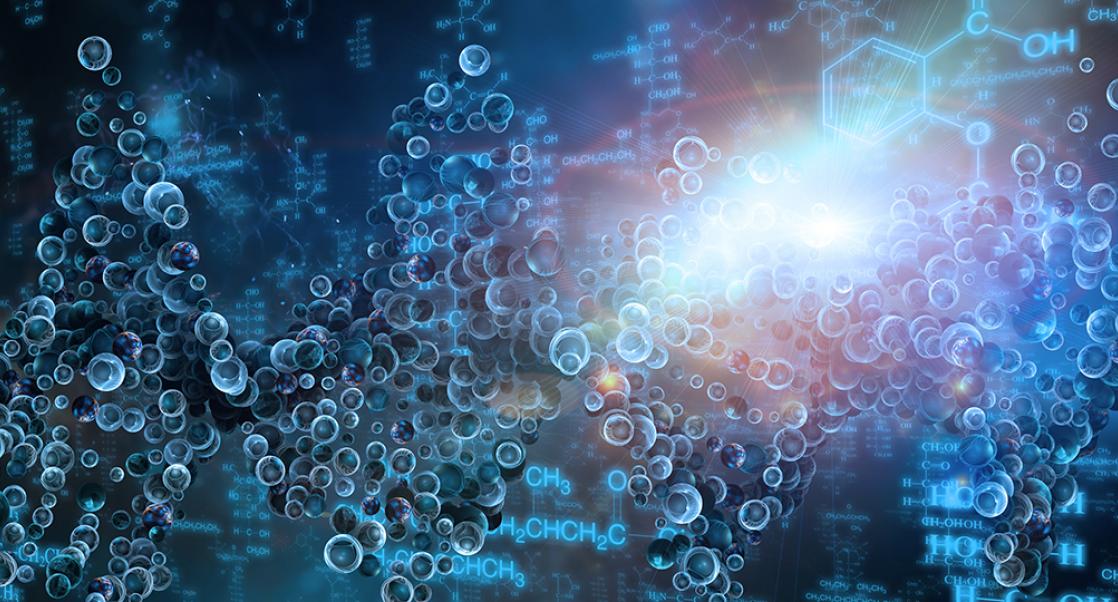 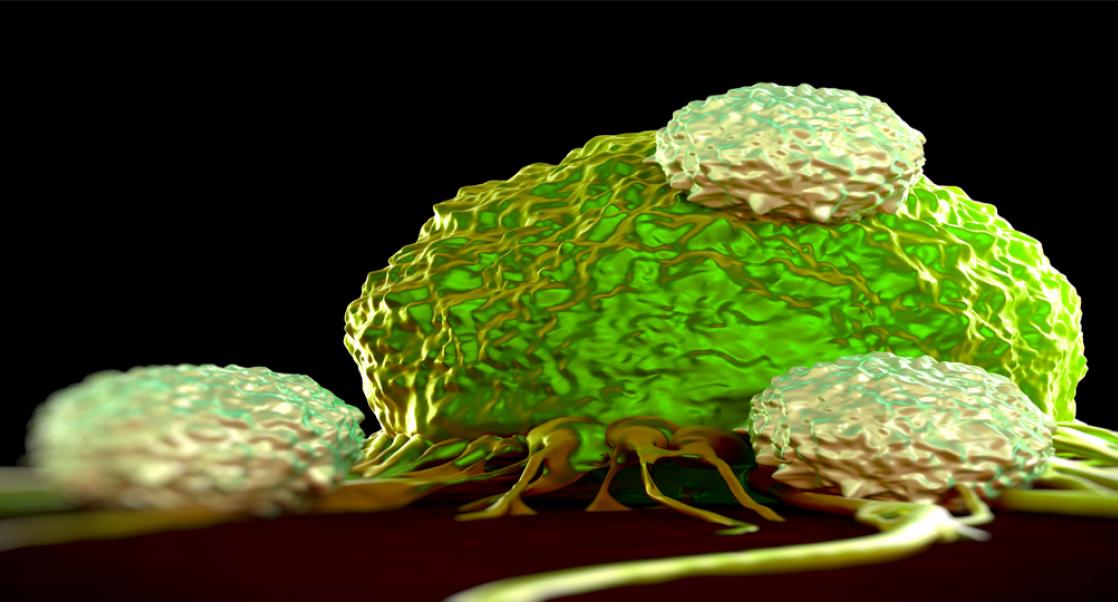