Antibody-mediated cellular phagocytosis is often overlooked in analyzing biologics. Here's why. The first of a three-part series.

Monoclonal antibodies may not be the proverbial magic bullet, but there's little doubt the magical effect they are having on biopharmaceutical development. There are close to 50 monoclonal antibody (mAb) drugs now available for a range of diseases, primarily cancer but also autoimmune and other inflammatory diseases. Another 350 are in various stages of development.

We've learned a lot along the way about how different therapeutic antibody-based drugs function—from the plain vanilla monoclonal antibodies, to bispecific antibodies, antibody drug conjugates and Fc fusion proteins. Many induce direct actions such as programmed cell death and/or Fc effector functions such as antibody-dependent cell-mediated cytotoxicity (ADCC) and complement-dependent cytotoxicity (CDC) that eliminate target cells in various ways. There are also antibody therapeutics that block the cellular actions of cytokines or growth factors that are overproduced in disease. Then there are the new immune-modulatory drugs such as check-point blockade antibodies like Keytruda , a PD-1 antibody, that block tumor cell immune resistance mechanisms.

Post-launch studies of marketed antibody drug products and newer antibody drugs that are engineered to provide even greater efficacy have told us even more about the relationship between drug efficacy and mechanisms of action (MOA).

And one of those important take-homes has been how much the impact of MOAs such as ADCC, programmed cell death or CDC on drug efficacy varies from antibody to antibody, and how unpredictable the relative contributions of these mechanisms can be. With the pipeline of novel drugs expanding, not to mention the expected growth of biosimilars now that the US Food and Drug Administration has finally approved its first biosimilar, biopharmaceutical scientists will need a deep understanding of these MOAs early on in drug development in order to remain competitive.

The tail of the antibody—or Fc region—that binds to receptors on the surface of certain immune cells and initiates elimination of target antigen-bearing cells such as tumor cells, performs what is called Fc effector function mechanisms of action; the immune cells are known as effector cells. This is one of those areas in the midst of further exploration to improve therapeutic antibody efficacy and ripe for new, less variable and more convenient assays. ADCC and CDC are two common effector functions that biologics manufacturers evaluate and target, but a less studied MOA—antibody-dependent cellular phagocytosis (ADCP)—that also attacks tumor cells, is a potentially useful MOA for antibody drug developers and vaccine makers to consider too (see image). 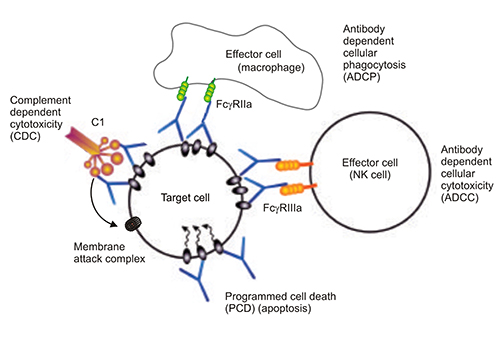 Unlike ADCC, where target cells are destroyed by effector cells secreting molecules that can puncture holes in them to make them look like Swiss cheese and activate apoptosis-based cell death, ADCP relies on macrophages to devour the target cell following antibody binding. Macrophages are effective at killing and are known to infiltrate solid tumors and gain proximity to tumor cells. Measuring ADCP could be particularly useful to further understand a potentially effective MOA for cancer therapeutic antibodies aimed at solid tumors. Recently it has been found that ADCP is enhanced in vivo by simultaneous treatment with immunomodulatory agents, so being able to measure ADCP has suddenly become even more important.

So given how valuable the ADCP MOA could be, why is it hovering on the sidelines like a neglected stepchild? For one, the assays are particularly tedious to prepare for and to perform, more so than ADCC where there are commercially available assays to measure cytotoxicity and blood donor cells can be prepared within a few hours. The macrophages must be derived from primary monocytes isolated from blood donors and, unlike natural killer effector cells for ADCC, differentiated in culture to macrophages for close to a week.

The effector macrophages and target cells must then be made distinguishable through use of cell surface markers and labeling, and fluorescence-activated cell sorting (FACS) analyses performed in order to generate dose-response curves from separate FACS runs and measure ADCP activity. Many labs simply do not have the flow-cytometry equipment or cell differentiation and flow cytometry expertise to perform these tests. In addition, effector cells from individual donors cannot be pooled, resulting in inherent greater assay variability than in ADCC assays, where pooling can and is often used to minimize variability.

It's no surprise, then, that sponsors steer clear of ADCP, and why examples of how it is being applied during early drug discovery do not appear more frequently in the scientific literature. That could be changing, however, now that regulatory authorities have begun requesting data on the impact of ADCP on antibody mediated cytotoxicity.

Rather timely, ADCP assay use is just beginning to move away from exclusively using these tedious methods described above. There are now new in vitro assays available to assess ADCP pathway activation that are not dependent on primary macrophages from healthy donors. We'll be describing the development and validation of one of those assays, a unique reporter-gene bioassay, in the next day's installment of this three-part series on ADCP. Stay tuned. 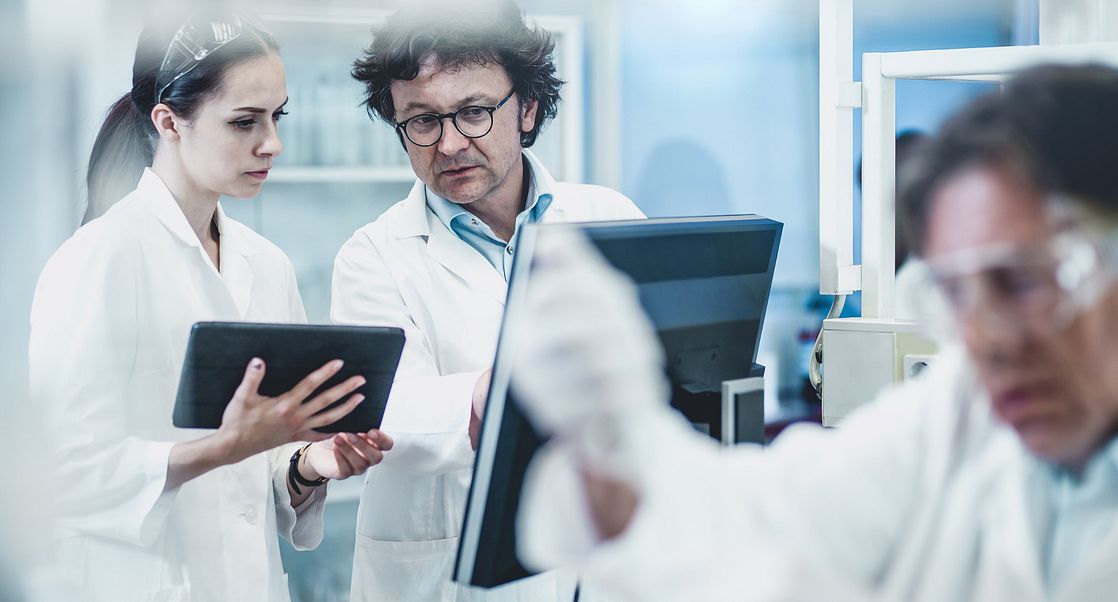 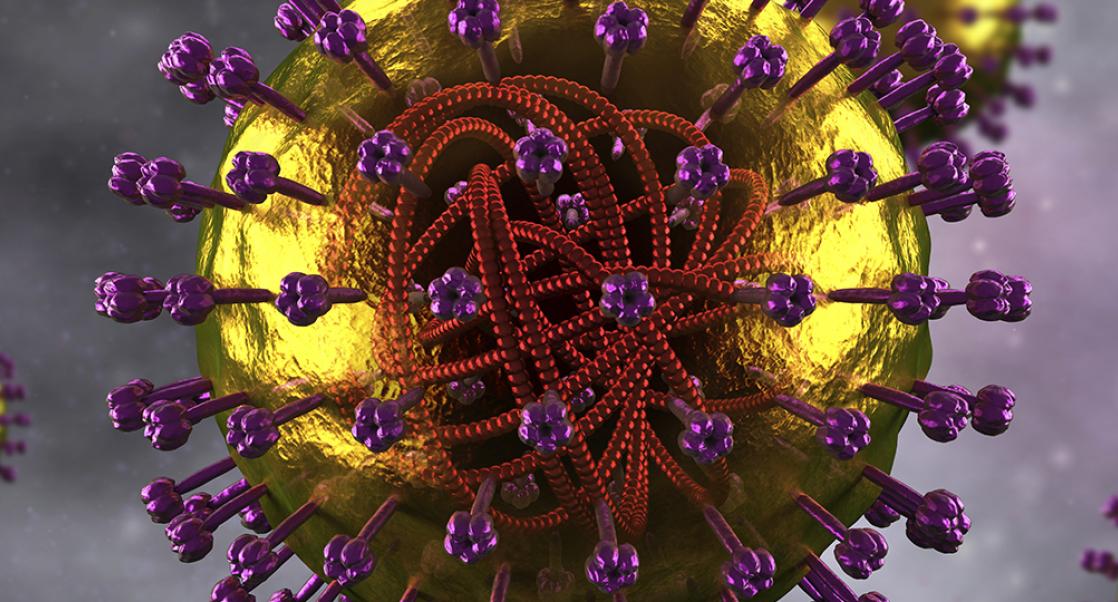