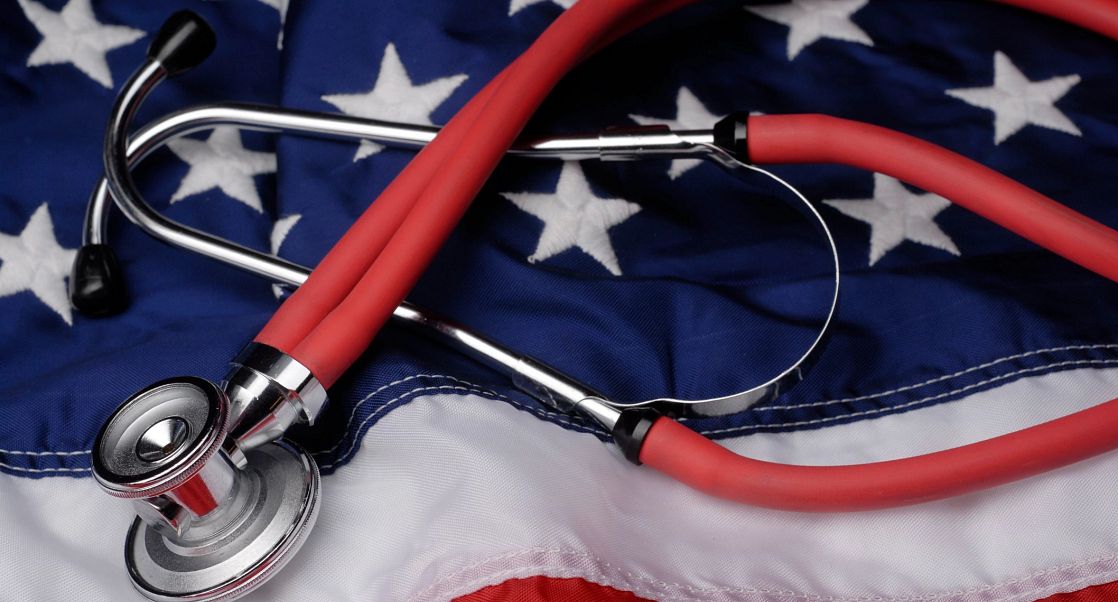 The major take home message--healthcare is broken, but collaboration is the fix

Never before in recent history have government leaders, scientists, and drug developers worked faster or harder to achieve a common goal. The COVID-19 pandemic touched every person in the world in some way, bringing to the forefront research and drug policies that the public rarely thought about. So Charles River, with the help of The Harris Poll, surveyed a cross section of US residents to find out what they think of healthcare, drug development, and research priorities in the wake of COVID-19.

The results: Despite the rapid development and distribution of effective vaccines and treatments for COVID-19, Americans think healthcare is broken. Cost is often cited as a main factor, both the cost of healthcare overall and the cost of prescription drugs specifically. Those polled also say they know more about drug development than they did before the pandemic, but the survey shows their knowledge is plagued with misconceptions about the process. As the first of what will be an annual survey, this report can serve as a baseline to track the perceptions and false impressions of the public over time.

The US Healthcare System in Jeopardy 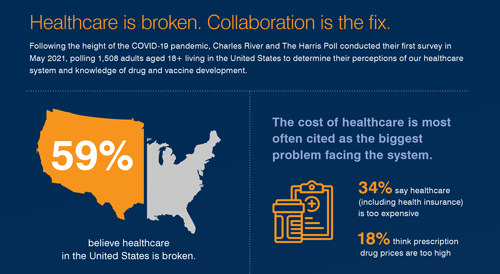 While the COVID-19 pandemic has exacerbated the perceived cracks in our healthcare system, it has also prompted a potential road map for change. While fifty-nine percent of those surveyed said that the system is broken, a whopping 88% said they believed collaboration between government, health insurance companies, pharmaceutical companies, healthcare providers and patients would be crucial for pandemic planning in the future.

This faith in collaboration is expected, considering that the news over the past year has been overwhelmingly devoted to pandemic response. What was unexpected, however, was that this belief holds across political party affiliation: Democrats, Republicans, and Independents all remarked on the power of collaboration. Over half also believe that a unified global approach will be the key to ending the pandemic once and for all.

“The scientific community’s response to the COVID-19 pandemic demonstrated just how powerful it is when stakeholders across healthcare work closely together,” said Jim Foster, Chairman, President and Chief Executive Officer of Charles River Laboratories. “We developed, approved, manufactured, and distributed vaccines at record speed. This report is an important lens into the public’s perception of the industry and why a commitment to maintaining this collaborative effort will be so critical for a strong healthcare system in the future.”

The survey also revealed a large knowledge gap about the realities of the drug development process. Given the high-profile news about vaccine and treatment development for COVID, without much coverage of how this situation is a special, extreme case, it is understandable that people think drug development is much faster and cheaper than it is on average.

When it comes to money, over half thought that the average drug cost less than $100 million to develop. How surprised would most people be to learn that the actual average cost has been estimated by some experts to be US$1.3 billion, while others suggest it is even higher $2.8 billion.

The survey also showed that people believe, on average, that 36.4% of drugs make it from conception to approval and sale. In fact, only 0.002% of drugs make it, showing that the gap between reality and public perception is vast.

Other key highlights of the Harris survey

Most say healthcare systems need to do more to help prevent pandemics (80%) with only around two in three (62%) feeling the U.S. healthcare system is very or somewhat prepared to deal with a pandemic in the future

Most adults across all political parties would support an increase in taxes if it led to:

And a majority of adults (74%) say they can trust the prescription drugs they take because of the Food and Drug Administration (FDA) approval process, while 77% say prescription drugs are safer because they are reviewed and approved by the FDA. Still, only about a quarter of respondents (27%) know that the FDA requires animal testing for all new prescription drugs, while nearly half (49%) were unsure whether the FDA approved more drugs than a decade ago. The answer is yes.

What comes next for drug developers

It is clear from the numbers that more public education is crucial for managing expectations and helping patients make informed choices. This is no longer simply a matter of answering correctly on trivia questions – when the course of a pandemic is at stake, it is vital that public, private, and government officials understand the realities of what scientists are facing.

"By reimagining how we can quickly develop, test and advance highly effective yet safe drugs, we can apply the principles that tech-companies utilize: learn and fail fast,” says Rich Horgan, Cure Rare Disease Founder and President. “Lean drug development is a team sport and one in which collaborative minds excel. By collaborating, we are able to transform decades into years and ultimately help not only tomorrow's patients but also today's."