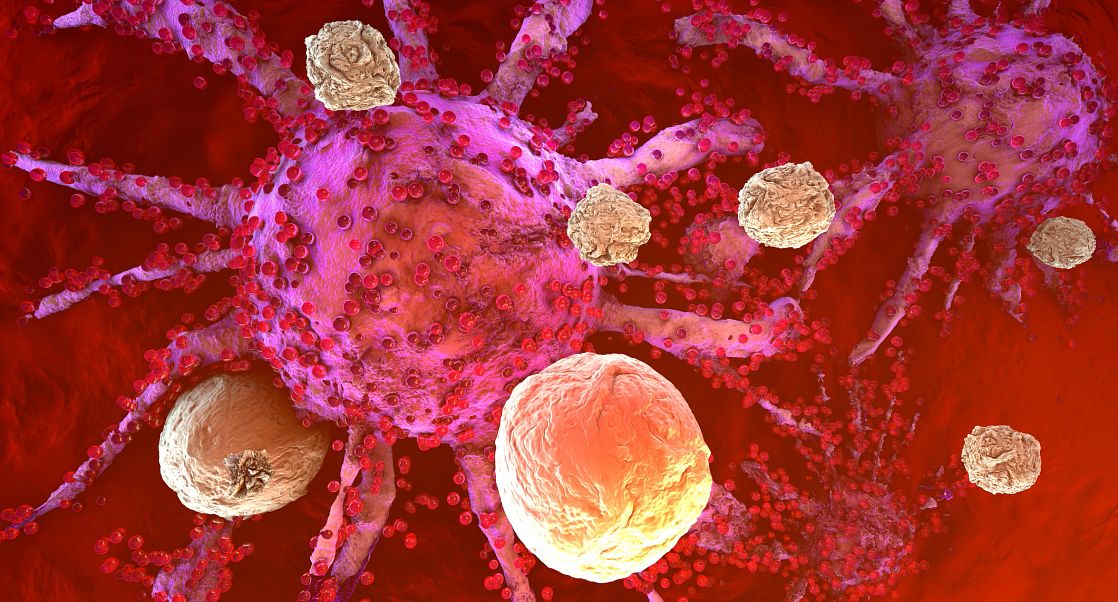 Nearly all patients with cancer will receive a combination drug regimen at some point in their treatment history. These combinations could comprise a cocktail of cytotoxic chemotherapies, targeted agents, those directed towards the immune system or all three modalities at once. Sometimes, these combinations have been rationally designed to attack different aspects of tumor biology simultaneously, but often effective combinations have arisen from clinical “experiments” carried out after the individual drugs have been approved. With the discovery and development of novel agents that are intended to be used in combination either with other drugs or with other modalities (e.g. radiotherapy), there is an increasing need for preclinical tumor models that can recapitulate the drug doses and schedules that will be used in patients.

The ideal model will contain the range of cell types typically found in human tumors including fibroblasts, endothelial cells and immune cells. The model would allow dosing of drug alone, in combination or in sequence in a manner resembling some of the dosing regimens used to treat cancer patients including bolus and / or continuous dosing schedules. Some of the models would be suitable for combinations with other modalities such as radiotherapy (XRT), as they represent tumor types that are usually treated with XRT-containing regimens such as squamous carcinoma of the head and neck or rectal tumors.

Mice are not men (or women) 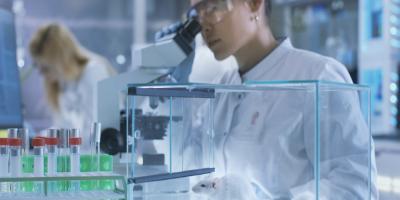 There are large numbers of in vivo tumor-bearing mouse models where tumors have been derived from established human cancer cell lines or from patient derived tumor material (PDX-models ). Why not use these to characterise and develop combination drug regimens? The simple answer is that mice are not men or even women! Human tumors and cell lines can only be grown in immunocompromised mice which, obviously, means that the immune component of the tumor microenvironment is missing and combinations that include immunotherapy can’t be tested. Syngeneic mouse models, where tumor cells have been derived from the same strain as the host mouse, are available but there are not very many of them and they do not represent the full spectrum of human tumor types and subtypes. These syngeneic models can yield useful information about immune therapy combinations including PD-(L)1 and CTLA-4 antibodies but it should be understood that any biological modality must be a mouse and human cross-reactive, or a mouse surrogate antibody.

There are increasing numbers of models where the mouse immune system has been replaced with human immune cells or where human versions of immune proteins such as PD-1 have been knocked into the mouse genome. Advances in the “humanisation” of mouse models allow characterisation of novel immune-targeted therapies in a more clinically relevant setting but their complexity and cost means that they probably won’t be used for larger scale testing of combinations at early points in the drug discovery and development process.

Finally, mice differ from humans in terms of the number of drugs being combined, the doses and the dosing regimens (e.g., bolus vs continuous dosing) that they will tolerate. It is difficult to replicate complex drug combinations such as R-CHOP for treatment of lymphoma or FOLFOX used for colorectal cancer in mice. Moreover, to get meaningful data, large numbers of animals are needed per experiment to ensure that appropriate control and treatment groups are covered. Whilst in vivo experiments will always be required for drug efficacy and safety testing (at least for the foreseeable future), it is imperative that we look for ways to reduce and even eliminate use of experimental animals in earlier stages of drug discovery; one way to do this is to develop more sophisticated ways of delivering several drugs to tumors at the same time and which avoid some of the pitfalls of systemic dosing in mice. Another way is to make in vitro models that more closely resemble the clinical setting.

tumors in vivo that avoid the effects of administration by mouth or parenterally. Direct application to tumors means that compounds at the earlier stages of discovery, which might not have optimised pharmacokinetic properties, can be characterised for their anti-tumor effects in combination with a drug(s) that can be given systemically. One such device that allows direct administration of several drugs to tumors in vivo is the implantable microdevice (IMD) such as that provided by our new partner, Kibur Medical. This device is essentially a small cylinder with multiple reservoirs on its surface. Each of these reservoirs can be loaded with approximately 1μg of a small molecule or siRNA before the device is implanted into the tumor using a biopsy needle. The compounds are released within the tumor over a period of 24 – 48 hours after which the device is removed along with a surrounding cylinder of tumor tissue. This tissue can then be sectioned for histological or immunohistochemical determination of the effects of drug treatment on parameters such as tumor cell proliferation or tumor cell death. Devices such as these can rapidly test multiple combinations at once in vivo thus reducing the number of animals required for combination testing in the earlier stages of drug discovery. Moreover, devices such as the Kibur IMD are now being used in patients to determine interactions between their tumor tissue and microdoses of therapies in order to predict the optimal drug regimen (Zwang et al, eLife 2017;6:e24523).

There have been recent and highly significant advances in understanding how the microenvironment of tumors influence their behaviour and response to treatment. The most recent

advances are found at the frontiers of understanding the tumor extracellular matrix and new methods of construction such as 3D printing technology. Hydrogels such as sodium alginate have been found to support the function of cancer cell lines and of micro-fragments prepared from human tumors removed at surgery. These hydrogels allow the tumor cells to produce their own extracellular matrix, support the continued expression of tumor intrinsic proteins such as the oestrogen receptor and the continued survival of infiltrating immune cells (Cartaxo et al, J Exp Clin Cancer Res 2020; 39:161).

Novel matrices combined with a 3D patterning technique are being developed by another CRL partner, Cypre, which has developed a novel 3D tumor model platform. In this system tumor cells are suspended in a chemically defined collagen-based ECM hydrogel (VersagelTM) and layered into microwell plates. A brief exposure to blue light induces cross-linking and the formation of a 3‑dimensional, interconnected mesh network that more closely resembles the tumor matrix environment. This method of light induced 3D patterning facilitates the inclusion of multiple cell types within the matrix such as fibroblasts and immune cells. In turn, these complex cultures allow us to examine the effects of combining agents directed at the tumor cells with those that act on the immune system or on the stromal cells.

So great progress has been made in recapitulating the tumor microenvironment and its constituent cell types for combination studies, but can the dynamics of drug exposure be replicated? In patients, some components of their cancer drug combinations are designed to deliver a constant concentration either by intravenous (IV) infusion or by daily oral dosing with compounds whose PK properties ensure that drug levels do not dip below those required to inhibit tumor growth. Other drugs are given as a bolus or IV “push” while others are antibodies with prolonged half-lives that only require monthly dosing.

How can these dynamics be reproduced in vitro? One possibility that is fast becoming a reality is the “tumor-on-a-chip” concept which combines complex cultures of tumor cells with microfluidics. Some really cool imaging studies have been used to show the effects of culturing breast cancer cells in hydrogels with other cell types such as endothelial cells and monocytes; in this environment, hypoxia can be induced and infiltration of other immune cell types can be induced and visualised (Aung et al. Cancer Res 2020;80: 263-75). It is only a matter of time before systems such as these are optimised for determining the efficacy of novel drug combinations for the treatment of cancer.

In conclusion, huge advances in the development of clinically relevant in vitro and in vivo models of cancer mean that the discovery of novel drug combinations will become intentional rather than accidental. 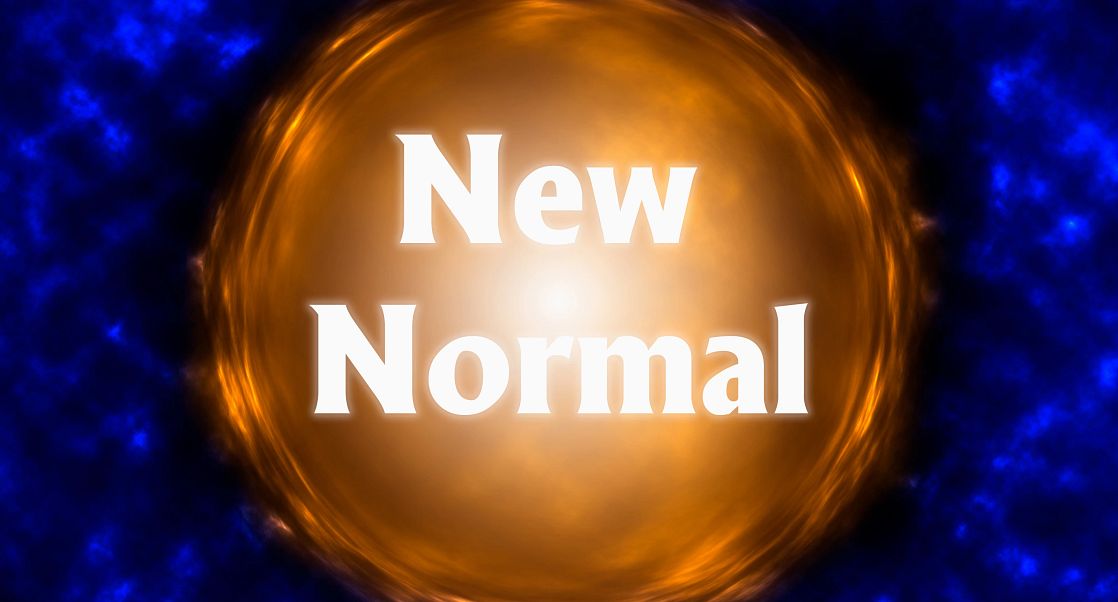