Like most lung cancer patients, Ginger Tam’s symptoms began with a nagging cough that doctors initially tried to quell with antibiotics. Tam, who thought she was in good physical shape, was shocked to learn that her problem wasn’t an infection but Stage IV non-small cell lung cancer (NSCLC.)

Ten years ago, oncologists would likely have taken a broad-spectrum approach, shooting steady rounds of standard chemotherapy with limited if any long-term benefit. But a wealth of genetic discoveries over the past 15 years has changed how we approach cancer diagnosis and treatment.

Today, a lung cancer patient is more apt to have their tumor probed for mutations in genes that encode EGFR, ALK, ROS1, and several other potential weak spots in some NSCLCs. If their tumors carry these mutations patients might be good candidates for targeted therapies that block the aberrant proteins associated with these mutated genes and which are thought to play a role in the formation and growth of cancer.

In Ginger’s case, genetic testing—done rather late after her diagnosis—eventually steered her toward a series of targeted therapies that have kept her alive for six years and counting, well beyond the average life-span of people with metastatic disease. One of the more recent targeted therapies also enabled the professional singer to regain her voice.

This match-up between patient and tumor is what precision medicine—a term coined four years ago by Canada’s National Research Council to describe how genetic information about a person’s disease can be used to personalize their treatment—looks like. Because tumors are so varied in their biological makeup, personalized approaches are needed.

Not only is routine molecular profiling becoming the standard of care at a growing number of hospitals, multiplexed assays that look for changes in dozens of different mutations at the same time, are becoming much cheaper, minimizing delays and using less material than conventional assays. New drugs are also being tested in combination with repurposed older drugs and even immunotherapies in hopes of achieving tumor regression where other therapies have failed.

Personalized approaches like Ginger’s can be found throughout cancer care. The one in five women with breast cancer whose tumors have too much of a growth-promoting protein called HER2 are potential candidates for Herceptin or several other monoclonal antibodies aimed at the same target. Gleevec, which counters a defect on the “Philadelphia chromosome” is now the standard of care in the treatment of chronic myelogenous leukemia. In fact, the Tufts Center for the Study of Drug Development suggests that 73% of the cancer drugs in the pipeline have the potential to be personalized medicines.

But the impact of targeted therapies—and more recently immunotherapies—on lung cancer has become an even bigger story, in large part because the disease affects so many people and the prognosis is usually a death sentence.

Dr. Ross Camidge, the Director of Thoracic Oncology at the University of Colorado and one of the medical oncologists who have helped Ginger, says the benefit from personalized medicine has been huge. “Lung cancer has gone from having a uniformly poor prognosis to a situation where wave after wave of Cinderellas keep being invited to the ball, as we have been able to show multiple examples of targeted therapy success for different subgroups of the disease,” said Camidge. “But not everyone has a targetable change and even among those who have such changes, none of these treatments are a cure. That clock is still waiting to chime even for those benefiting from the therapy.”

Camidge said patients like Ginger are part of the next wave of patients on targeted therapy, who initially found success on first-generation targeted therapies, only to develop new mutations that have made the treatment less effective. One drug dealt with Ginger’s first resistance changes but now she is exploring a new drug combo after her tumor—as a defensive move—spawned yet another new mutation that has enabled it to resist this drug.

As we expand our understanding of the many pathways of drug resistance, resistance mechanisms can be monitored in patients, and additional drugs used to perhaps overcome resistance and re-establish control of the disease. They might even lead to using some of these approaches which cover the original and the resistant forms of the disease earlier in a patient’s treatment journey – preventing resistance from developing rather than reacting to it after it emerges.

For Tam, the targeted drugs have given her precious time with her daughter, Amelia, now 14. “People don’t really know that I have cancer when they see me,” says Tam. “But it’s wearing on my body. It’s taking me down slowly. I find myself more out of breath. And the steroid treatments are causing me to gain weight. But it’s better than losing weight.”

Anna Hutchinson, a Charles River toxicologist in Edinburgh, has worked on a number of cancer drugs over the years, including targeted therapies. But she wouldn’t usually get to meet the patients who benefit from these drugs. When she saw Ginger sing last year it was an eye-opening experience. “I think in our day-to-day work, because of the kind of work we do, we don’t always appreciate the impact of the drugs that we work on. When I met Ginger, and saw how a patient actually benefited from the drug that we worked on, it brought home to me the importance of what we do, the reality of the work we do.”

Interested in learning more about how personalized medicine gave Ginger her voice back? Watch Charles River’s full documentary here. Charles River is also donating $5 to the Lung Cancer Alliance for each share of Ginger’s Story on Facebook, learn more here. 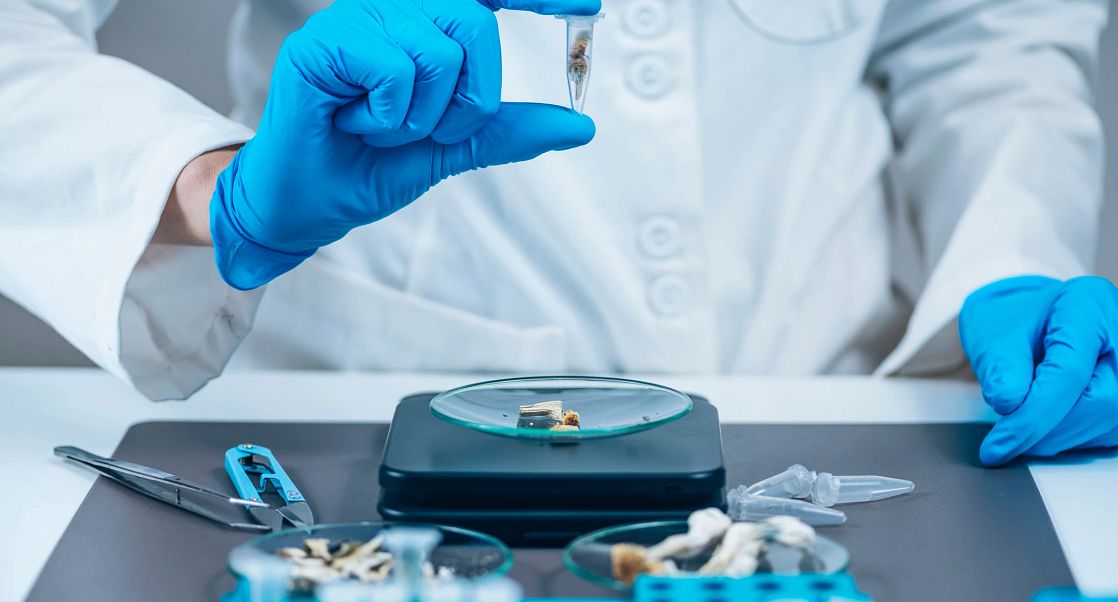