A conversation with chemist David Hardick about α-syn and the search for Parkinson's solutions that stick.

It's hard to imagine that the human brain, with its 100 billion neurons and 100 trillion connections, could be hurt by the abnormal behavior of a single molecule. But that's sort of what happens with Parkinson's disease patients. Dopamine, a brain chemical critical to a slew of functions including movement, mood and attention, stops its normal production, throwing off the delicate choreography of many of those 100 billion neurons and their 100 trillion connections and triggering all kinds of miscues. Stuff, as they say, starts to happen.

What interrupts the production of dopamine is not entirely clear, however. Many think the protein alpha-synuclein (α-syn) that is found in the heart, liver, spleen, kidney and most abundantly the brain is thought to be a key driver of the disruption. Scientists from the US National Institutes of Health discovered α-syn two decades ago when they were studying a familial cluster of Parkinson's cases in Italy. The cluster had inherited a rare, mutated form of α-syn. Most patients do not have this mutation but they do, it turns out, have fibril clumps of abnormal α-syn that gradually accumulate in the brain and eventually, scientists believe, cause normal dopamine-producing cells from working properly.

Today, α-syn is a hot area in PD research on both the therapeutic and diagnostic side. Since 2011, The Michael J. Fox Foundation for Parkinson's Research has led a consortium of academic laboratories, contract research organizations and pharmaceutical companies to develop a radiotracer for α-syn that can track the distribution of the protein in the brains of Parkinson's patients. David Hardick, a team leader in chemistry at Charles River's Discovery site in Chesterford Park, UK, is involved in the consortium, and has shared in its successes and struggles in dealing with this protein. He spoke with Eureka last week about why α-syn is so important to drug development and what the work of consortiums like his are doing to learn more about this inscrutable protein. The interview was conducted by Senior Scientific Writer Regina McEnery. Here are David's edited responses.

Q: What is the function of α-syn and what causes it to go awry?

DH: The protein is thought to play a role in the release of certain neurotransmitters across the synapse. It may also help maintain the supply of synaptic vessels that harbor neurotransmitters. For some reason, α-syn starts to aggregate in a very specific region of the central part of the brain, and you get more and more of it accumulating in the disease process. No one is really sure why it starts. It might have to do with free radical responses as we age or other effects. There is also a genetic component as well, with five different single point mutations associated with PD. And clearly there are environmental factors as well that may cause the disease.

Q: When do the effects of α-syn dysfunction become apparent in PD patients?

DH: The α-syn aggregates cause nerve cell death. But you need quite a high level of cell death before you see symptomatic responses in patients. This raises an important point, though, because if you can detect aggregated protein before clinical symptoms appear, there is more potential to intervene therapeutically. It is well-recognized that once symptoms surface, it is more difficult to slow or stop disease progression.

Q: I read that α-syn is a disordered protein. What does that mean?

DH: In its normal state, α-syn is quite a small protein, only 140 amino acids. It is often associated with various cell membranes as a monomer. People describe this protein as being in a disordered state because it doesn't have a defined structure. When the aggregation process starts, a small monomer comes together with other monomers and α-syn starts to form an aggregated fibril, generating layers and layers of a sheet-like structure (beta sheets). The protein then becomes much more ordered and much more insoluble, and probably causes the usual functions of the cell to fail.

Q: Do we have a crystal structure of α-syn and, if so, what have we gleaned from it?

DH: There are literature crystal structures of parts of the protein, and quite good biophysical data on the structure of α-syn when it is aggregating. Our consortium has identified several compounds that bind to α-syn. We are currently working with a chemistry group from Illinois that is using nuclear magnetic resonance spectroscopy to identify the region of the protein that the compound is binding to, which it turns out is a very ordered, almost sandwich-like part of the structure. This can help in the design of new molecules binding a-syn.

Q: So the heart of the consortium's work on α-syn is to develop a radiotracer to track protein distribution in the brain. Why would this be important for PD research?

DH: I think that is a really good question and one I've thought about a lot. There are three main reasons why it is important. The first reason, and probably the one that is of least importance, is in diagnosing disease. At the moment, a PD diagnosis is not always 100 percent accurate, but it's probably around 80 percent to 90 percent accurate. This is because there can be other neurodegenerative diseases unrelated to PD that look similar clinically. So when patients show up with complex symptoms a physician has to figure out what is going on, and the clinical tests we have are not infallible. The whole point of a positron emission tomography (PET) tracer is not to stop aggregation, but to detect it so we can see it and see how much of it there is. Secondly, a PET tracer could be used to monitor any potential new therapy during development to see if it is effective. An accurate tracer would let you compare the distribution of α-syn over time. Finally, a tracer could be used for clinical trial cohort selection. You see this already with other tracers, where patients are selected for clinical trials based on PET scores in other diseases. The best example would be beta-amyloid, which forms plaques in the brains of Alzheimer's disease (AD) patients.

Q: Are there other biomarkers we can use to track α-syn?

DH: One can detect α-syn in various tissues, but with PD you have an unusual situation because there doesn't seem to be any link with α-syn in these tissues and disease progression. At a recent biomarkers summit I attended, there were a lot of groups looking at α-syn in different tissue sites, such as a saliva, skin and blood. I am not aware of any group, yet, that has been able to show PD patients whose α-syn levels changed significantly in these tissue samples over time. This even applied to cerebrospinal fluid. A PET tracer may have the same problem, but that hasn't been the experience with beta-amyloid, where tracers have been used successfully to show disease progression.

Q: Can you give a bit of background on the consortium to identify a radiotracer for α-syn?

DH: It came about in 2011, and I think at the time a lot of people thought it would be easier to meet our goal. The consortium includes US academics—principally from the University of Pittsburgh and Washington University in St. Louis and more recently the University of Pennsylvania where one of the original PIs is now located. These academics are doing the radiolabeling, and we are providing the medicinal chemistry and screening support. There are also some new industrial partners who have joined the consortium. They bring a range of services to the consortium that really make the group function as an effective unit. Industry partners need a tracer to evaluate their drug compounds during clinical development.

Q: What did the radiolabeling work entail?

DH: When we have a molecule that shows promise from in vitro screening, we like to radiolabel an example and investigate how it binds to ex vivo PD brain tissue. This is done by radiolabeling the molecule with a short-lived radioisotope so that we can measure the affinity of the molecule. We usually use the 11C isotope, which has a half-life of about 20 minutes.

Q: What was the nature of the medicinal chemistry work?

DH: Initially, we conducted high-throughput screening of a 100,000-compound library deck to identify small molecule compounds, which is really the starting point of identifying a radiotracer. We got quite a number of hits that looked promising, which we subsequently optimized to improve their affinity and make them suitable for getting into the brain. We also needed to address selectivity as we didn't want, for instance, binding to beta-amyloid aggregates that some people with PD may also have.

Q: How do you screen the compounds?

DH: MJFF has pushed us to use good quality human brain tissue to screen the compounds for quality results that will translate in clinical studies. There are donors out there, but their tissue tends to have a lot of beta-amyloid and tau, which has a similar aggregated structure. So you can misinterpret binding data when using tissue with mixed pathology. In recent years we have been working with a research institute in Arizona that screened its brain bank for tissue with no evidence of beta-amyloid or tau. Out of nearly 1000 cases, we picked four to six donors who did not have any confounding co-pathology, and we have been using these samples throughout the consortium.

Q: Have you found success with the radiolabeling project?

DH: Success has come in different ways. We have a compound now that gets into the brain and binds to α-syn aggregates. The trouble with that compound is that it is not selective enough. It binds to beta-amyloid, as well. Still, I am not aware of any group that has published any small molecule that will bind to aggregated α-syn selectively and with high enough affinity.

Q: How are you improving on that compound?

DH: We are trying to make it more selective by making slight changes to the shape and electronics of the compound. However, it takes a long time to optimize these compounds to get exactly what we want.

Q: If you don't mind my asking, have you been touched by PD personally?

DH: Yes. My father had PD for 18 years and dealt with it in good spirit and with fortitude. 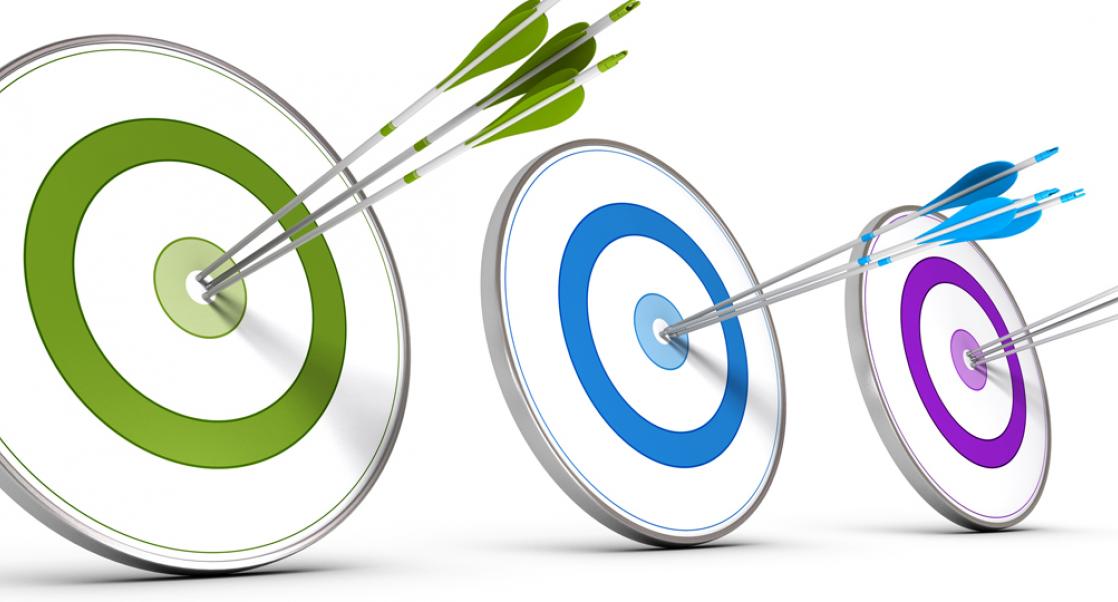 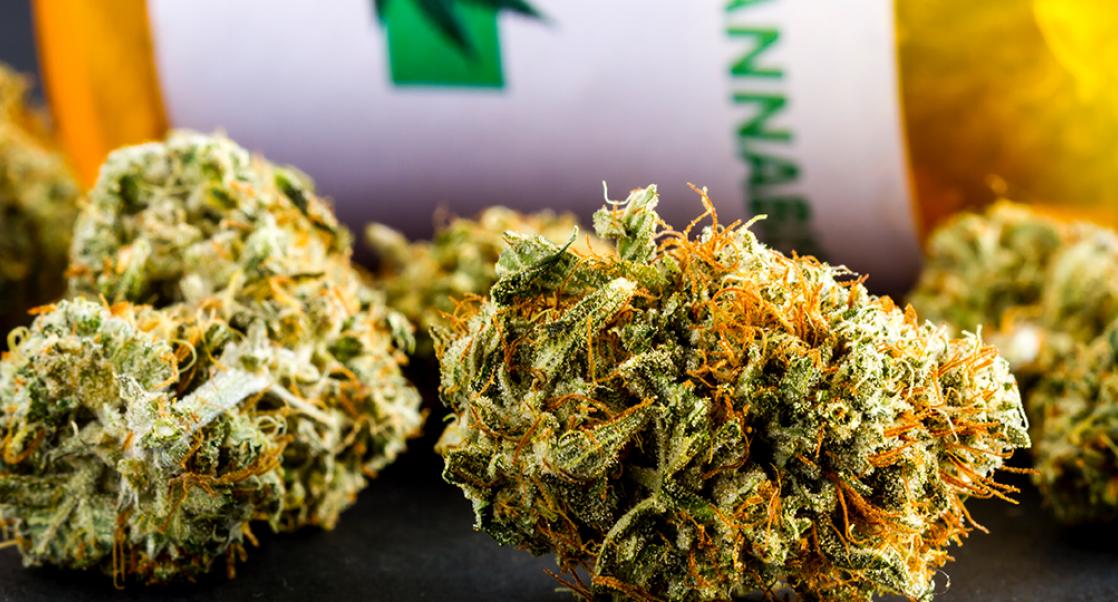 The Lure of Medical Marijuana