Turning Up The Volume

A new model for hearing loss, measuring the safety of ZFNs and other gene therapies, more on biomarkers. Ongoing coverage at SOT2016. The second of a four-part series.

When I was in elementary school, a nurse had me don a pair of headphones and then quizzed me on my ability to hear beeps of varying decibels and frequencies in each ear. The tests were used to determine hearing loss. I was reminded of these pure-tone exams after tuning into Kelly Tenneson's poster presentation about a potential screening tool for ototoxicity.

Tenneson, an ocular toxicologist with Charles River's Safety Assessment site in Montreal, and her colleague, Senior Pathologist Jean-François Lafond, started their experiment at the request of a client. The drug developer wanted an alternative model to measure potential side effects to the cochlea or auditory nerve. Tenneson said other models do exist in the scientific literature, but translating the results can be challenging.

To test their model, Tenneson and Lafond used four different groups of 10-week-old female C57BL6 mice, a widely-used inbred strain. All four groups were given a subcutaneous dose of the antibiotic kanamycin and a slightly higher intraperitoneal injection (pumped directly into the abdomen) of the diuretic furosemide. Both drugs have been associated in the past with ototoxicity. On the 11th day, at necropsy, a bone surrounding the ear canal, and the inner ear were taken out and the calcium gradually removed from the bone to make it more flexible for pathology analysis.

The findings showed that the outer hair cells of the cochlea suffered the most damage from the drug combination; three other sections of the ear were damaged as well, confirming the usefulness of this animal model in otoxicity tests.

Aside from using the model to test drug candidate for otoxicity,Tenneson said it also has utility for the study of drugs that target hearing disorders.

Over the last 15 years, the number of Investigational New Drug submissions for cellular, gene and nucleic-acid therapies has nearly doubled; most of the applications have been for gene therapies, says Becky Robinson, team leader and biomedical engineer at the US Food and Drug Administration. Small interfering RNAs and microinterfering RNAs—small snippets of double-stranded RNA—have attracted a lot of attention because, in theory, they can be designed to disable any kind of gene that contributes to chronic conditions and diseases. Zinc-finger nucleases (ZFNs), transcription activator-like effector nucleases (TALENs) and clustered, regularly interspaced, short palindromic repeat (CRISPR)/CRISPR-associated (Cas)-9 systems are another class of gene-editing techniques that portend exciting new avenues in the treatment and cure of tough diseases.

But these approaches also represent somewhat virgin territory in preclinical safety assessment, noted a panel of experts at a pre-SOT session Sunday focused on cellular, gene and nucleic-acid based therapies. One of the major concerns are the multiple off-target effects associated with some of these products and to work with the viral and non-viral vectors used to deliver the genetic material. A ZFN treatment that is trying to duplicate the success of Timothy Brown—the only person considered to be cured of HIV—provided a useful case study of how these unique gene therapy platforms have progressed. Brown is an HIV–infected man, otherwise known as the Berlin patient, who underwent two allogeneic bone marrow transplants there in 2007. Brown's donor was homozygous for the CCR5∆32 mutation, which renders cells resistant to CCR5-tropic HIV. Brown's sustained HIV cure, nine years later, demonstrates the protective role this mutation infers against HIV. Brown's success helped jumpstart the field of HIV cure research.

For obvious reasons, Brown's treatment is not realistic for the thousands of people living with HIV, but ZFN might offer a more practical solution. Sangamo is using the technology to permanently knock out CCR5 expression on CD4+ T cells ex vivo, making them resistant to CCR5-tropic. The ZFN peptide specifically targets and binds to a region just upstream of the ∆32 mutation in the DNA of the CCR5 gene, where it clips the DNA, introducing a double-stranded break. This triggers an error-prone repair mechanism, which most commonly introduces a five base pair insertion with two stop codons, resulting in permanent disruption of the CCR5 gene.

One of the challenges working with this ZFN and other kinds of gene therapies has been determining the specificity of the peptide and assessing the technique's safety. Sangamo scientist Kathleen Meyer said they monitored ZFN specificity by deep-sequencing the CD34+hematopoietic stem cells (HSPC) thought to be important in mediating the attachment of stem cells to bone marrow. In doing so they were able to monitor changes at the top 23 off-target sites. They used another tool, immunostaining, to quantify double-stranded breaks in DNA and karyotype analysis—where chromosomes are measured under a microscope—to analyze the ZFN-treated stem cells.

If you are interested in learning more about Sangamo's work with ZFNs, check out this recent Eureka blog post about their work on a potential cure for hemophilia.

Until recently, one of the most frequent questions drug sponsors had regarding the use of biomarkers in pre-clinical safety assessment was whether you could get any useable data from the assays, says Rebecca Young, a research scientist based at our Safety Assessment site in Reno, and an expert in biomarker development for pre-clinical and clinical studies. But with the recent guidance on the development and validation of biomarkers, which Eureka blogged about here in January, sponsors are more apt to ask whether the biomarker can be validated, she said. Young and Simon Lavaleé, Scientific Director, Biomarkers at CRL's Safety Assessment site in Montreal, who specializes in the development and validation of biomarker immunoassays, presented a nifty presentation Monday on when to validate and when not to validate biomarkers and some valuable pointers on how to vet the many different vendors selling assay kits. If a vendor's list of available assays appear to be too good to be true, they probably are, says Young. 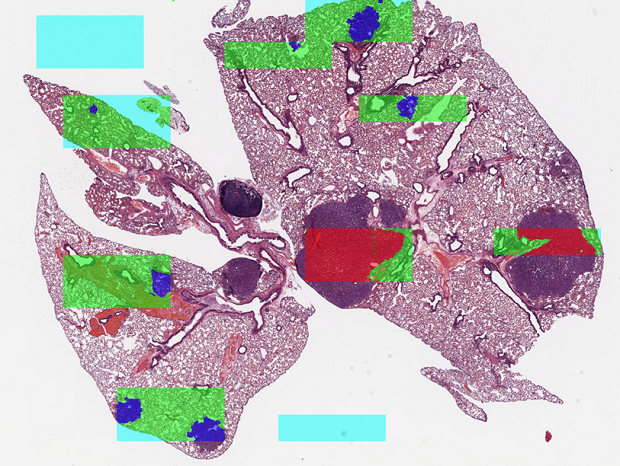 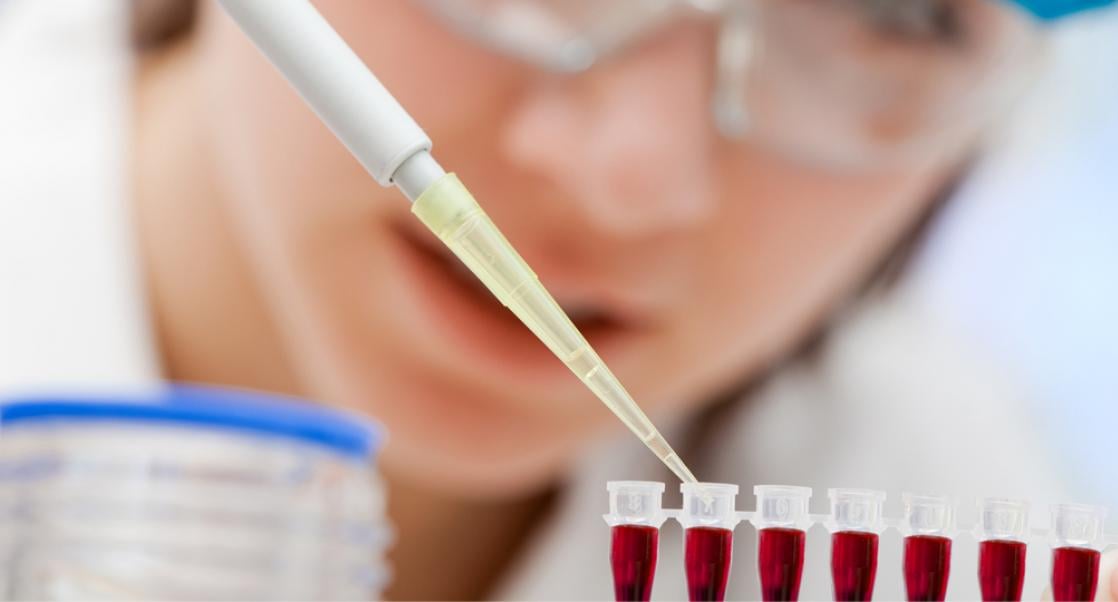 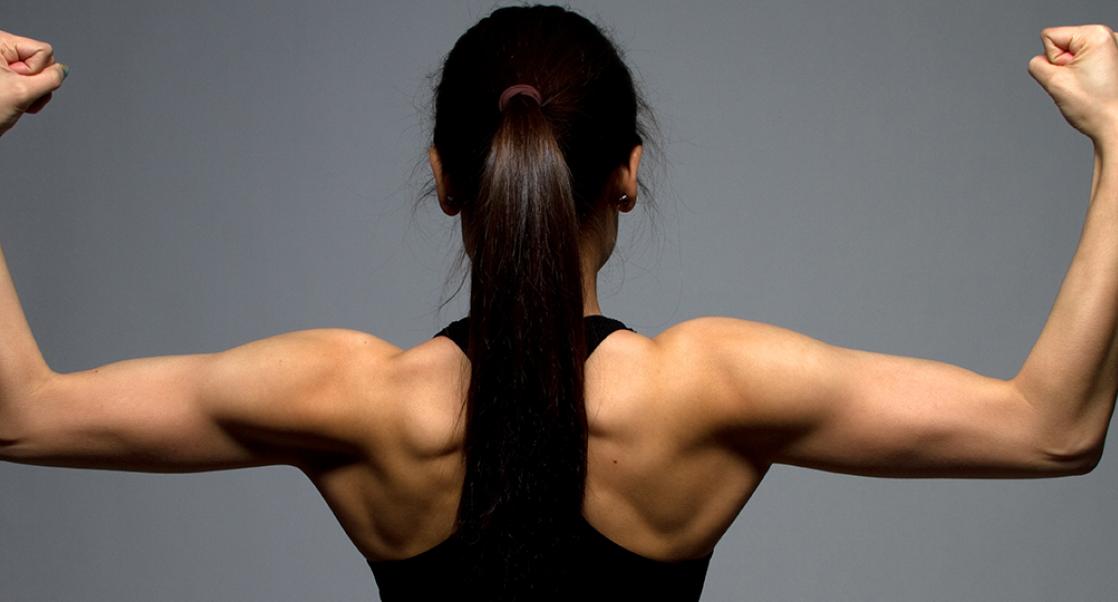