Bobwhites Have Landed in Europe 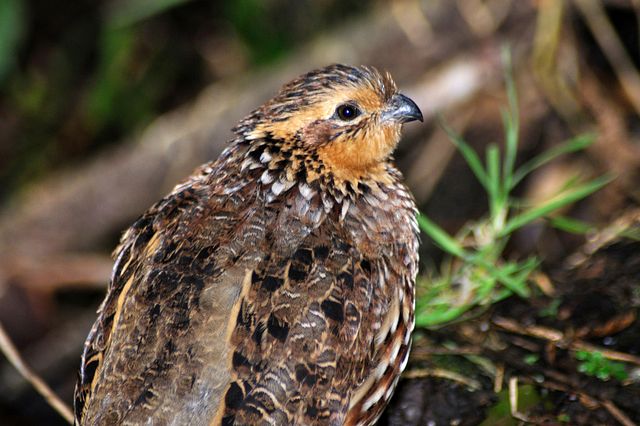 Avian toxicity studies are a standard requirement for plant protection products (PPPs) where there may be a significant exposure to wild birds; typically, this will include slug-bait pellets, seed coatings, and applications to seedlings. Other PPPs, and occasionally some biocides, industrial chemicals, and veterinary or pharmaceutical products with a risk of environmental exposure to wild birds can also require assessments of avian toxicity.

Those seeking US EPA registration typically rely on the North American Bobwhite quail (Colinus virginianus) for this data; in the EU and rest of the world, studies commonly use the Japanese quail (Coturnix japonica). Other avian species can be required for laboratory assessment of risks to wild birds, such as passerines (canary, zebra finch, etc.) or waterfowl (e.g., mallard duck) depending on the specific registration and the regulatory authority decisions for an application. Other avian testing requirements can include chickens, turkeys, or pigeons for specialist objectives.

With deep experience in avian toxicology, our Veszprém, Hungary team has long performed acute toxicity studies using mature Japanese quail and reprotoxicity studies with eggs from the same species. In a quest to support registrations of US-targeted PPPs, the site has recently added the Bobwhite quail to its available species for avian studies. Preferred by the EPA and thus critical to achieving US market approval, the Bobwhite is bred in large numbers seasonally to support the country’s sport shooting industry. Countries outside of the US looking to obtain the Bobwhite for global regulatory ecotoxicology studies were at a deficit, until now.

Through an agreement which includes the purchase of fertile eggs, incubation, hatching, and raising of Bobwhite quail in Hungary , our Veszprém facility has become the exclusive provider of GLP testing for acute and reprotoxicity with this species in Europe. This expansion of our available species meets all international registration requirements for PPPs.

While the birds are available immediately for some acute testing (i.e., OECD 223 and OCSPP 850.2100 (acute), OECD 205 (dietary), and OECD 206 and OCSPP 850.2300 (reproduction), the highest volume of Bobwhites will be suitable for acute testing early in 2021. Reprotoxicity testing is anticipated for Q3, 2021, when a historic database will be available. In contrast to the Japanese quail that are available year-round, the Bobwhites follow the same seasonal availability as in the US, 6-8 months out of the year.

Skilled in all regulatory routes of administration, our experienced ecotoxicology team manages large capacity facilities that support the conduct of several simultaneous acute studies. Housing facilities have been designed to meet or exceed EU requirements and programs include the appropriate dose finding studies. Well versed in the draft version of the OECD avian two-generation reproductive toxicity study for endocrine disruption proposed by the USA EPA, the team can conduct this study at the Veszprém facility as well as custom study designs with Japanese or Bobwhite quail, or other avian species.

A Comprehensive Overview of Environmental Risk Assessment for Human Pharmaceuticals