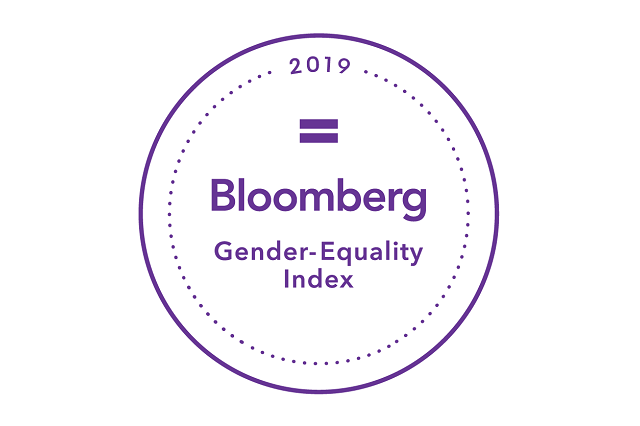 The 2019 Gender-Equality Index highlights 230 firms that are trailblazers in their commitment to gender diversity in the workplace.

Charles River Laboratories International, Inc. (NYSE: CRL) today announced that it is pleased to have been selected as one of 230 companies for the 2019 Bloomberg Gender-Equality Index (GEI), which distinguishes companies committed to transparency in gender reporting and advancing gender diversity. For Charles River, the GEI inclusion affirms the Company’s commitment to maintaining a positive and fulfilling work environment for all employees.

Increasing Transparency in Gender Equality
Bloomberg’s standardized reporting framework offers public companies the opportunity to disclose information on how they promote gender equality across four separate areas – company statistics, policies, community engagement and products and services. Reporting companies that score above a globally-established threshold, based on the extent of disclosures and the achievement of best-in-class statistics and policies, are included in the GEI. Still, currently, only 10% of eligible companies are disclosing their workplace gender policies and practices.

“I am proud that Charles River was recognized in Bloomberg’s Gender-Equality Index. In 2018, 61 percent of promoted and 59 percent of new hires at Charles River were women, which demonstrates our commitment to gender equality. I am personally committed to creating an environment for all employees to have a rewarding and successful career and we have significantly invested in initiatives to ensure Charles River is an employer of choice.”
–James Foster, Chairman, President and Chief Executive Officer of Charles River

“We applaud Charles River and the other 229 firms tracked by the index for their action to measure gender equality through the Bloomberg GEI framework. Charles River’s GEI inclusion is a strong indicator to its employees, investors and industry peers alike that it is leading by example to advance ongoing efforts for a truly inclusive workplace.”
–Peter T. Grauer, Chairman of Bloomberg and Founding Chairman of the U.S. 30% Club

Our Commitment to Equality