Expanding the use of the rcAAV assay

Gene therapy is a rapidly growing field that fundamentally seeks to introduce new genetic material into a cell, for example, with the goal of treating a genetic disease. Viruses have evolved to be highly efficient at introducing their own DNA into host cells. Scientists have capitalized on their natural biology, removed key viral comments, and added genes of interest, turning them from infectious agents into powerful therapeutics.

Talk with an Expert

Recombinant adeno-associated viral vectors (rAAVs) have already received FDA approval for commercial use. Hundreds of rAAV-based therapies are currently in pre-clinical trial development or have already entered clinical trial. rAAVs are widely used for gene therapy due to their broad tropism, which is easily controlled using different serotypes; relative ease of modification and production; long maintenance of gene expression; low immunogenicity; low pre-existing immunity; and due to their safety . Historically, rAAVs were produced using the triple transfection system whereby three plasmids were transfected into HEK293 cells. This allows for production of a non-replicative viral vector composed of the viral capsid surrounding a therapeutic genome containing the gene of interest. Today, several new methods are also employed to produce rAAVs, though triple transfection remains one of the most common. 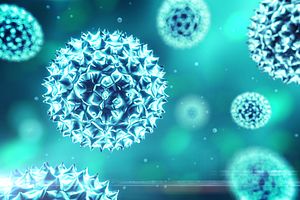 This webinar focuses on the challenges associated with performing viral clearance (VC) studies on viral vector products.
Watch on demand

However, there is the possibility that a recombination event could occur due to the homology between the plasmids used to produce rAAVs. This could result in the reinsertion of the viral genes and the loss of the gene of interest in the vector, resulting in a wild-type-like, replication competent AAV (rcAAV). While AAVs are not associated with clinical disease, in line with their recommendations for other viral vectors, the FDA requires that rAAV products be screened for the presence of possible rcAAVs.

The rcAAV assay is performed by inoculating vector material onto human cells and co-infected with helper human adenovirus, which is required to support replication of any putative rcAAVs. In order to allow for replication of potential low levels of rcAAVs, lysates are collected every three days, the helper adenovirus is heat inactivated, and the material is subpassaged onto new cells with additional adenovirus a total of three times. Each passage of material is then screened by serotype-specific qPCR to detect AAV sequences. The usage of a cell-based amplification portion allows for a clear separation of truly replication competent AAVs and replication defective sequences.

Currently this assay is qualified to detect rcAAV serotype 2 in viral vector products. This assay is available now and we will be expanding the assay to detect rcAAVs of other serotypes. Additionally, we now offer contract development and manufacturing services for advanced therapies, via Cobra Biologics, a Charles River Company. This includes the manufacture of viral vectors including AAV.

Please contact our team to answer any questions you have about this assay and how it can be used to screen your AAV-based viral vectors.

Talk with an Expert