Atopic dermatitis (AD), commonly known as eczema, is the most prevalent inflammatory and pruritic (itchy) skin condition, affecting up to 10% of adults and up to 30% of children globally. Severe relapsing pruritus and unpleasant skin appearance inflict a heavy psychological burden on the affected individuals and families. Infants with AD have an increased tendency to develop asthma and allergic diseases later in life, a phenomenon often referred to as atopic march. Atopic dermatitis has a complex etiology that involves dysfunction of the skin barrier, an abnormal reaction of the immune system against external antigens and/or autoantigens, and immunoglobulin (Ig)E-mediated sensitization to food and environmental allergens. The ‘Hapten Atopy Hypothesis’ postulates that normally ‘harmless’ environmental and food allergens delivered via skin and mucosal membranes will initially stimulate a Th1 immune response, but repeated and prolonged exposure to such allergens in genetically predisposed individuals will likely shift the response from Th1 to Th2, leading to antibody class switch in B cells producing IgE antibodies, which then tightly bind to peripheral mast cells and basophils. Follow up exposure to the allergens will cause cross-linking of the IgEs and eventual degranulation of mast cells and basophils, and release of histamine and other endogenous inflammatory pruritic agents. Animal models that recapitulate this cross-linking effect and inflammatory response are critically important in designing efficacy studies of new eczema treatments.

Recently it has been reported that multiple challenges with synthetic haptens, notably oxazolone, applied to the skin of mice over an extended period causes skin inflammation involving a shift from a typical Th1- dominated delayed-type hypersensitivity response to a chronic Th2-dominated inflammatory response like that observed in human atopic dermatitis. We have developed an oxazolone-induced atopic dermatitis-like skin condition in three different strains of mice: the NC/Nga mutant mice, SKH-1 hairless mice and Balb/c albino mice. Combined with in-life clinical scoring and histopathological evaluation, these models offer an opportunity to conduct translational efficacy studies, furthering atopic dermatitis drug discovery programs. 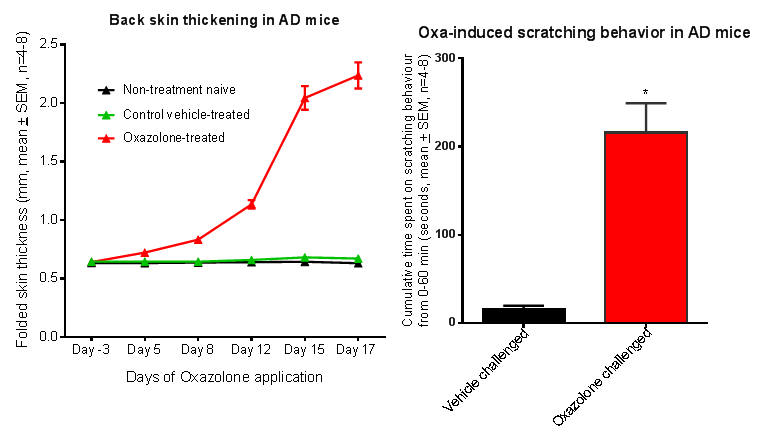 Figure 2: Histopathological changes in the skin of oxazolone-challenged NC/Nga and SKH-1 mice. Note hyperkeratosis, acanthosis and infiltration of inflammatory cells and effects of clobetasol cream on these skin pathological changes. 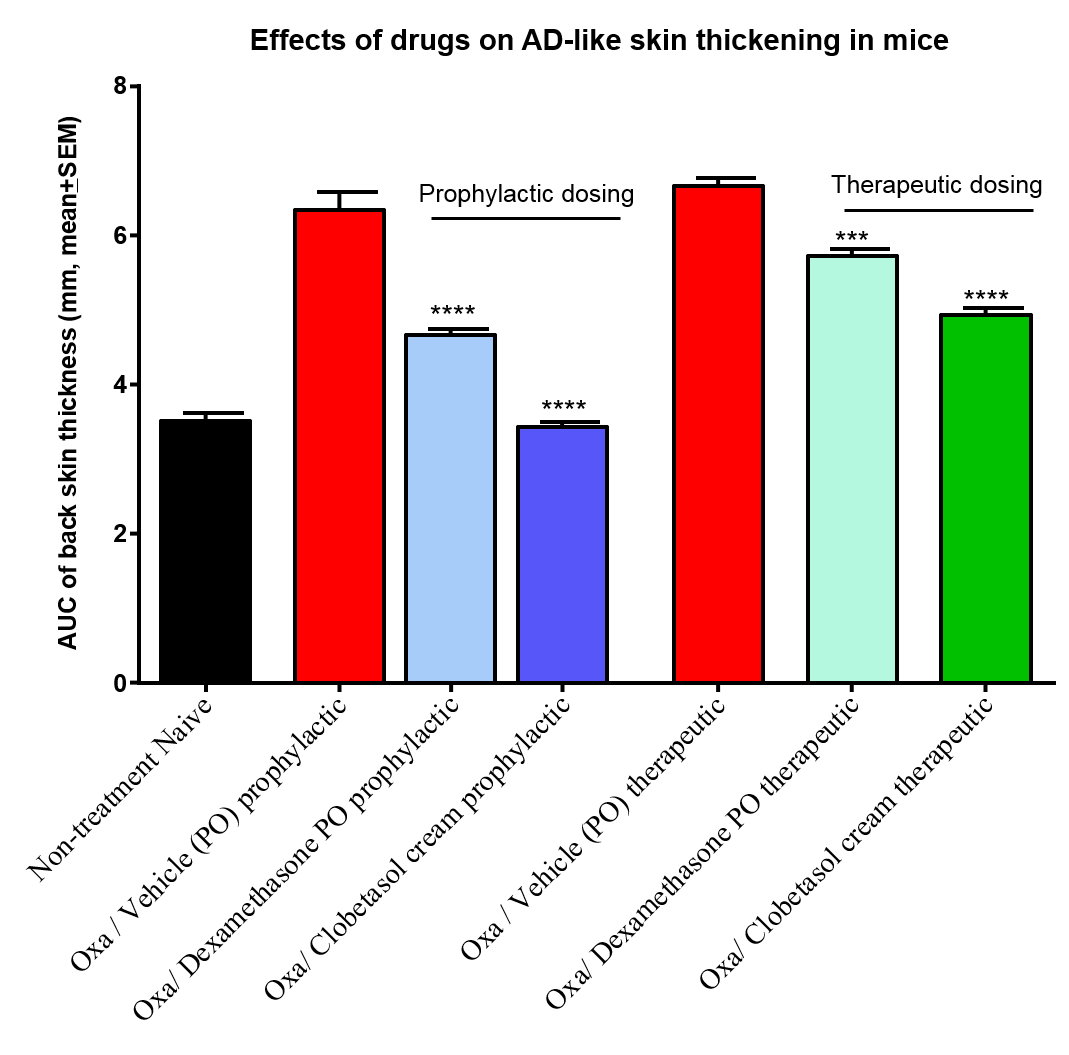