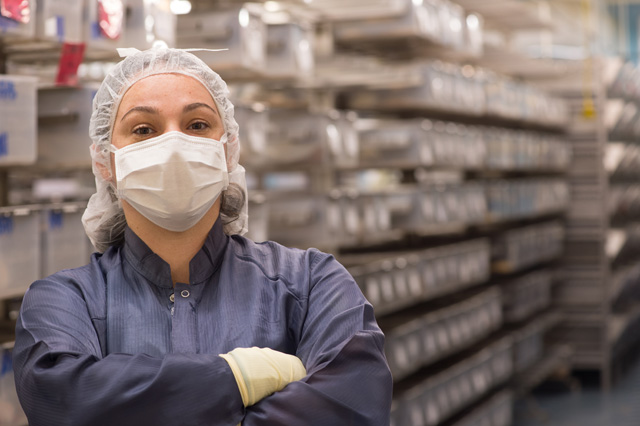 Time is of the essence. Even the smallest delay can impact the search for a new therapeutic drug. And because study protocols often require the use of multiple animal species or strains, it’s critical that these models are readily available for your in vivo research programs – at one location, or across multiple locations.

Charles River maintains production facilities strategically located throughout North America and around the world. Each facility is managed by a plant or general manager who oversees the day-to-day operations, ensuring that you have uninterrupted access to animal models of superior health and genetic status for your research. Meet the latest additions to our research models management team:

David Leroux-Petersen is the current General Manager for the St-Constant, Canada research models production facility. Following his passion for animal behavioral science, David received his BS in biology from Concordia University and a business degree from John Molson School of Business in Canada. He joined Charles River in 2006 as an inhalation research technician at our safety assessment facility in Montreal, Canada. While at Charles River, David has held several sales and marketing roles within Safety Assessment and Discovery divisions. He also spent 3 years leading a biotechnology development program at the National Research Council of Canada, where he established strategic licensing collaborations with Canadian research institutions. In his current role as General Manager, David oversees the day-to-day facility operations, meets with key accounts across Canada. He also serves as a member of the Charles River Animal Care Committee (ACC).

Robin Schweiger is the Plant Manager for our Research Models Production facility in Hollister, California. After receiving a BS in animal science with a minor in business from Cal Poly San Luis Obispo, she joined Charles River in 2005. In Robin’s 12 years with Charles River, she has held several roles of increasing responsibility that included working in each of the three businesses in Hollister. Having experience in the daily operations of barrier rooms, isolator operations, and surgical services has made her uniquely qualified for her current role as plant manager.

Rodney Geckler is the current plant manager for the Research Models Production facility in Raleigh, North Carolina. Following his passion for animals and natural history, Rodney studied zoology and received his BS from San Jose State University. He joined Charles River in 2000 as an animal research technologist at our San Diego facility. In his 17 years with Charles River, Rodney has held supervised client animal colony production, and overseen production and efficiencies at both the San Diego and Raleigh facilities, respectively. As plant manager, Rodney now oversees our daily operations in Raleigh, and serves as a member of the Charles River IACUC committee.