Evaluate the risk of UGT-mediated drug-drug interactions (DDIs) with our new toolbox of assays and guidance from our team of in vitro metabolism experts.

Drug-drug interactions (DDIs) occur when one drug alters metabolism of a co-administered drug. As patients often receive multiple drugs simultaneously, the likelihood of occurrence of DDIs has increased significantly. DDIs can lead to severe side effects and have resulted in early termination of development, refusal of approval, severe prescribing restrictions and withdrawal of drugs from the market. As it is very important to evaluate the potential occurrence of DDIs for new chemical entities (NCEs), the FDA and EMA have generated guidance to determine if an NCE is either:

Cytochrome P450 enzymes (CYPs) are the main Phase I drug metabolizing enzymes responsible for clearance of most drugs currently marketed and DDIs are frequently caused by CYP-mediated drug metabolism. We can routinely perform assays to evaluate CYP induction and CYP inhibition and to characterize which CYP enzyme(s) are involved in the metabolism of an NCE.

Uridine 5’-diphosphoglucuronosyltransferases (UGTs) are a superfamily of enzymes that can detoxify a large variety of xenobiotics and endogenous compounds by catalyzing the conjugation of the substrates with uridine 5-phosphoglucuronic acid (UDPGA) to convert them into more polar glucuronides. Glucuronidation is the major Phase II drug metabolizing pathway and a significant number of drugs are known to be metabolized by UGTs, either directly or following Phase I metabolism. Induction and inhibition of UGTs by xenobiotics may alter the pharmacokinetics of drugs that are eliminated primarily via glucuronidation. In order to be able to evaluate UGT induction and UGT inhibition, as well as characterize which UGT enzyme(s) are involved in drug metabolism, our team at Den Bosch developed and implemented novel assays to study UGT metabolism for the seven major UGT enzymes (1A1, 1A3, 1A4, 1A6, 1A9, 2B7 and 2B15).

During assay development, we evaluated the use of different substrates, inhibitors and inducers in order to implement assays to study the characterization, induction and inhibition of the seven major UGT isoforms. Based on literature research, SN-38 (1A1), CDCA (1A3), trifluoperazine (1A4), serotonin (1A6), propofol (1A9), zidovudine (2B7), oxazepam (2B15) and the general UGT substrates 4-methylumbelliferone and 7-hydroxycoumarine were selected as substrates. Scientists developed, implemented and validated analytical methods (UPLC-PDA-MS) for each substrate. The corresponding glucuronide metabolite and incubations with cDNA expressed recombinant UGT isoenzymes were performed to evaluate the selectivities of each of the UGT enzymes for the selected substrates. Specificity for the intended UGT was confirmed for each intended substrate (for oxazepam UGT 2B15 was selective for S-oxazepam-glucuronide formation only). 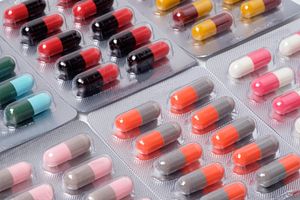 Access our on demand webinar to hear from our scientists as they discuss the current methodologies used to study metabolism-dependent inhibition and present a strategy for risk evaluation of CYP-mediated DDIs.
Watch the Webinar

To implement UGT induction assays, experiments were performed with cryopreserved plateable hepatocytes to investigate the time-dependent glucuronide formation for each of the selective probe substrates and it was demonstrated that a cocktail approach could be used to monitor several substrates simultaneously. The optimized reaction conditions were successfully used to investigate the possible induction of both CYP and UGT activities by a selection of known CYP inducers using both enzyme activity and mRNA analysis as endpoints. The assay format was further optimized to also allow evaluation of the possible UGT-mediated glucuronidation of the thyroid hormone thyroxine (T4) in rat and human hepatocytes to aid risk assessment for endocrine disruption studies.

To implement UGT inhibition assays, protein- and time-dependent experiments were performed with pooled human liver microsomes to optimize the reaction conditions for the UGT-mediated glucuronide formation for each specific substrates to ensure that reactions followed first-order kinetics and that substrate depletion was below 30%. The optimized reaction conditions were used to evaluate the inhibition potential of a selection of known inhibitors (erlotinib, troglitazone, hecogenin, niflumic acid, diclofenac and ketoconazole) for each of the seven UGTs.

To implement the UGT characterization assay, the CYP characterization approach was slightly modified to be able to determine which UGT enzyme(s) are involved in drug metabolism using both pooled human liver microsomes and cDNA expressed recombinant UGT isoenzymes.

In Vitro ADME Assays and Services