Over the years, organisations around the world have been maintaining colonies of mouse substrains with JAX™ Mice ancestry ("J" substrains). These "J" substrains differ from JAX™ Mice strains due to the genetic mutations that spontaneously occur and accumulate in mouse breeding colonies over time. Watch the video

Due to naturally occurring genetic drift, an inbred mouse strain will diverge into a genetically distinct substrain if its breeding colony is separated from the parental breeding colony for more than 20 generations of breeding (i.e., 10 generations in the parent colony plus the 10 that simultaneously pass in the sub-colony*). 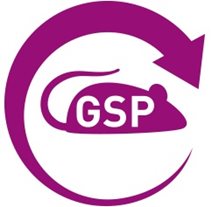 To CRISPR or Not to CRISPR, That Is the Question: IP, Technical Issues & the 3Rs

Could In-House Breeding Be Compromising Your Research?

Mine Your Colony's Microbiome Data