Data shows that fibrosis is a result of misregulated complex pathways involving epithelial cells, fibroblasts, and macrophages. In the ever-evolving sphere of fibrosis investigation, we can provide you with access to innovative and ground-breaking assays to evaluate the translational potential of various novel therapies including Epithelial-to-Myofibroblast Transition (EMT). Allow us to efficiently and effectively assist you with your fibrosis research needs.

Talk To An EMT Expert 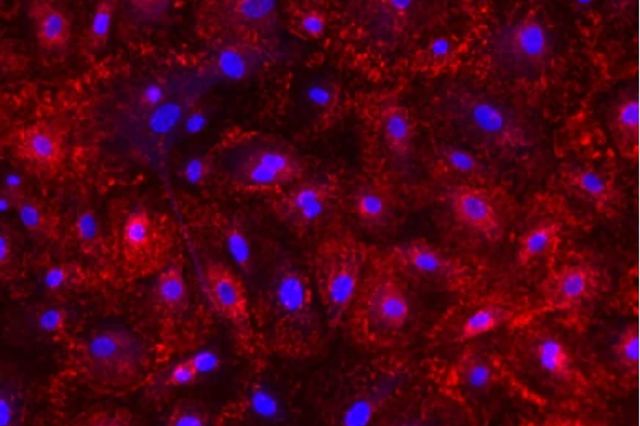 Epithelial-to-mesenchymal transition (EMT) was proposed as a mechanism for collagen overproduction and increased number of fibroblast-like cells leading to fibrosis. Several studies demonstrated that EMT occurs in human lung epithelial cell lines and primary human bronchial epithelial cells (HBECs) upon exposure to TGF-β1. In cells that have undergone EMT, increased synthesis of fibronectin (FN1, an important component of the extracellular matrix) is a relevant readout for lung fibrosis.

Lung-derived primary human bronchial epithelial cells are seeded, then refreshed in preparation for addition of small molecule compounds and the TGF-β1 trigger. After three days, the cells are fixed, then stained using DAPI and FN1 and imaged via HCA. 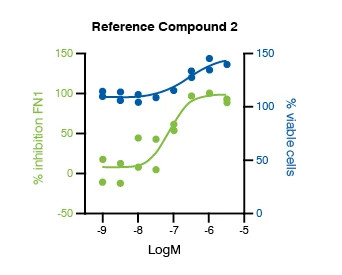 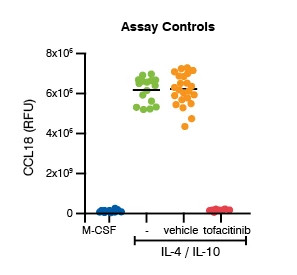 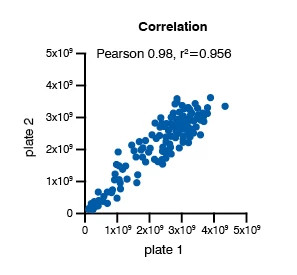 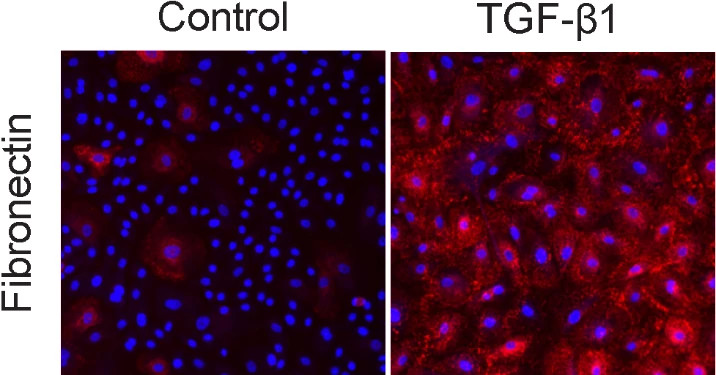 TGF-β1 consistently induced upregulation of the biomarker FN1, indicative of epithelial-to-mesenchymal transition (EMT). As a side effect, TGF-β1 stimuli showed a slight effect on the number of nuclei. Among the several effects of TGF-β1 is a regulation of the cell cycle in the G1 phase, through increased expression and/or stabilization of cyclin-dependent kinase (CDK) inhibitors (CKI). This regulation ultimately results in growth arrest of human airway epithelial cells. TGF-β1 trigger could be inhibited by treatment with an ALK-5, showing full inhibition of FN1 regardless of the presence of TGF-β1. As a result, the TGF-β1-induced cell cycle blockade was reversed in a concentration-dependent fashion, shown by increased number of nuclei. IC50 values were consistent between different donors (not shown), and strong Pearson correlation denotes consistency between biological replicates. Using these fibrosis assays, the transdifferentiation of EMT can be monitored to evaluate therapeutic candidates.

Therapeutic candidates can be evaluated in an 8-step CRC, using three different IPF patients/healthy donors in biological duplicate for their effect on FN1 modulation. In addition, potential cytotoxic side effects of the tested therapeutic candidate will be assessed by monitoring the loss of nuclei as a measure for cell death. Results will be provided as percentage inhibition (PIN values) and % viable cells.

Thinking with the End in Mind: How CAR-T Early Discovery Decisions Impact Your IND