Macrophages are multi-faceted and multi-purpose cells that are ideal for pinpointing potential drug therapies. Our advanced array of in vitro macrophage polarization cell-based assays will better allow you to assess the translational potential of small molecules as contemporary solutions. Reinforce your fibrosis research through the utilization of our comprehensive M1 Macrophage Polarization Assay.

Talk To An Expert 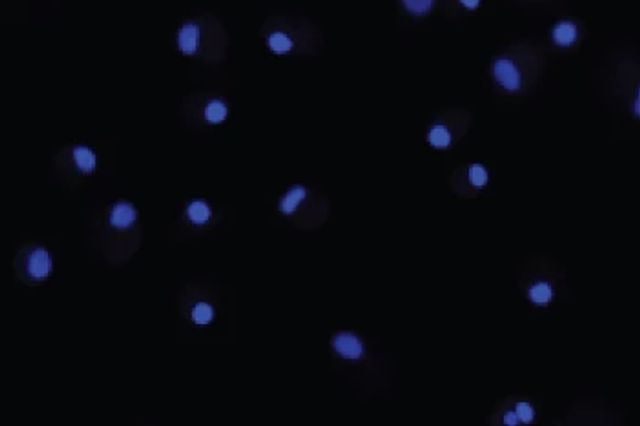 Monocytes and macrophages are critical effectors and regulators of the innate immune response. Through their ability to clear pathogens and elicit an immune response, these cells not only play a key role in protecting the host, but also contribute to the pathogenesis of inflammatory and degenerative diseases.

Macrophages are remarkably plastic and can change their phenotype depending on the microenvironment. Classically activated macrophages (called M1) are pro-inflammatory cells, which promote Th1 responses and tumoricidal activity. In contrast, alternatively activated macrophages (called M2) have anti-inflammatory functions and elicit tissue repair responses, fibrosis, tumor growth, and progression. Therefore, reprogramming of macrophages can be an interesting option for the treatment of diseases like cancer and autoimmune disorders. We have developed an optimized in vitro macrophage polarization cell-based assay using human primary blood-derived cells to assess the translational potential of small molecules as novel therapies.

M1 macrophages are involved in facilitating resistance to pathogens, strong microbicidal properties, and promotion of Th1 responses. M1 macrophages are associated with both initiating and sustaining inflammation, rendering them detrimental to health. Several studies demonstrate that M1 polarization occurs in primary human monocytes upon exposure to lipopolysaccharide (LPS), resulting in increased TNF-α secretion and upregulation of the expression of cell surface markers, such as CD80.

Blood-derived primary human CD14+ cells are seeded in presence of M-CSF to accommodate differentiation into so-called M(0) macrophages. They are then refreshed in preparation for addition of small molecule compounds and LPS to induce polarization into M1 macrophages. After three days, the culture supernatant is harvested and processed for TNF-α detection. In addition, the cells are fixed, stained for CD80 and DAPI, and imaged via HCA to assess the QC for M1 polarization. 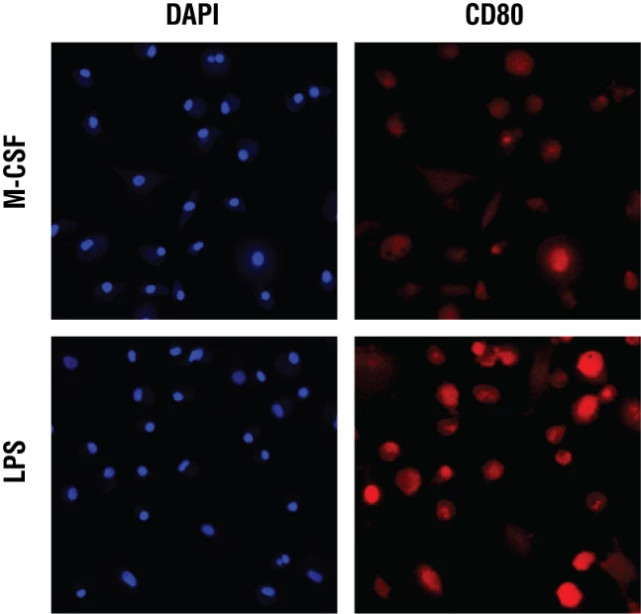 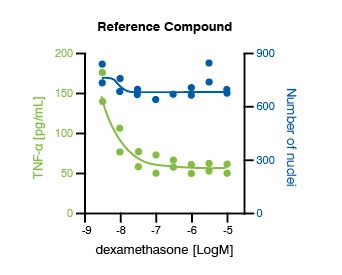 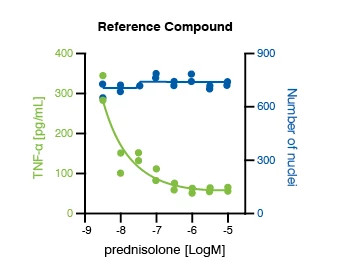 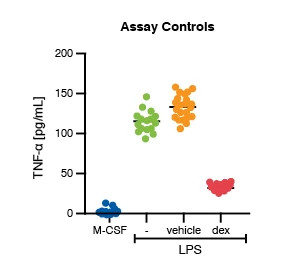 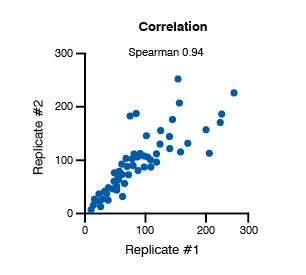 LPS consistently induced polarization of M(0) macrophages into CD80 expressing cells secreting TNF-α, indicative of successful M1 polarization. LPS-mediated M1 polarization could be confined by immune suppressors like dexamethasone and prednisolone, which significantly inhibit TNF-α secretion regardless of the presence of LPS. IC50 values were consistent among different donors (not shown) and strong Spearman rank correlation denotes consistency between biological replicates. Using this fibrosis assay, polarization of M1 macrophages can be monitored to evaluate therapeutic candidates for the modulation of classically activated macrophages.

Therapeutic candidates can be evaluated in 8-point concentration response curves, using two different blood donors in biological duplicate for their effect on TNF-α secretion. In addition, potential cytotoxic side effects of the tested therapeutic candidate will be measured by monitoring the loss of DAPI-stained nuclei as a measure for cell death. Data package will contain QC results for M1 polarization (CD80 expression), signal-to-background ratios (M-CSF vs. LPS), assay windows (vehicle control vs. dexamethasone), reference compound (dexamethasone or prednisolone) data, and effect of the therapeutic candidate(s) on the TNF-α secretion.

Development of a functional reporter assay to identify and assess off-target risk for CAR T cell therapies against a panel of >6,200 human proteins

S2, E10: Drug Repurposing: Standing on the Shoulders of Giants