Amyotrophic lateral sclerosis (ALS) is a progressive neurodegenerative disease that progressively and irreversibly affects motor movement due to the death of motor neurons in the brain and spinal cord. ALS is characterized by stiff muscles, muscle twitching, and gradually worsening weakness due to muscle atrophy and this results in difficulty speaking, swallowing, and eventually breathing. About 90% of ALS cases have no known etiology while the remaining 10% have a genetic cause. Mutations in over 20 genes have been associated with familial ALS with mutations in 4 genes accounting for the majority of familial cases – SOD1, FUS, TDP-43, and C9orf72. 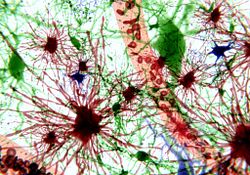 The disease prevalence is approximately 4-8 per 100,000 people with a median survival rate of 2-4 years. Current treatments are limited to palliative care and supportive treatment and while there are two approved drugs, both show only modest therapeutic effects. Therefore, given the unmet need to develop disease modifying therapies, there are increased efforts to develop novel targets and therapeutic candidates to delay progression and reverse ALS. Charles River is focused on developing robust in vitro assays that utilize patient-derived induced pluripotent stem cells (iPSCs) to set-up physiologically-relevant assays to identify therapeutic compounds. The iPSCs are used in a high-content assay format to identify targets implicated in motor neuron cell death. 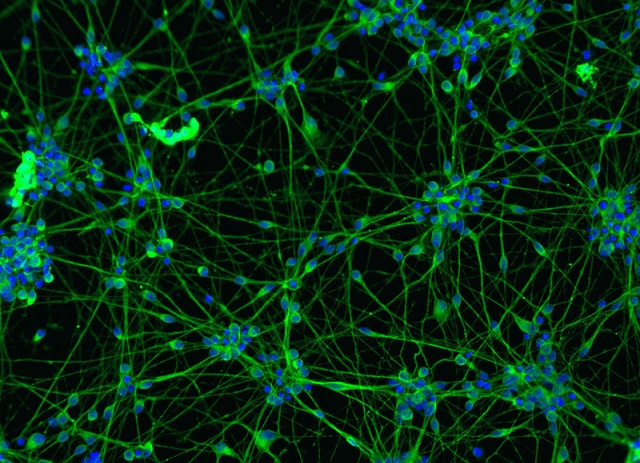 We have established cultures of human pluripotent stem cell-derived motor neurons from control and patient cells that are amenable to high-throughput screening. The differentiated neurons express motor neuron markers including Islet1 and SMI32, and have a similar electrophysiological signature (heterogeneous outward K+ current and fast inactivating inward Na+ currents) as wild-type motor neurons confirming the structural and functional phenotypes of the iPSC derived motor neurons.

This physiologically relevant cell system allows high-throughput screening of small molecule libraries or functional genomics-type approaches (RNAi/CRISPR-Cas9), using high-content imaging readouts. Some of the disease-relevant readouts that will be developed for screening include: