Misfolding and aggregation of α-synuclein is believed to drive neurodegeneration in Parkinson’s disease. Our scientists have developed an assay to quantify α-synuclein expression and aggregation in a human in vitro dopaminergic model in a format compatible with drug discovery. 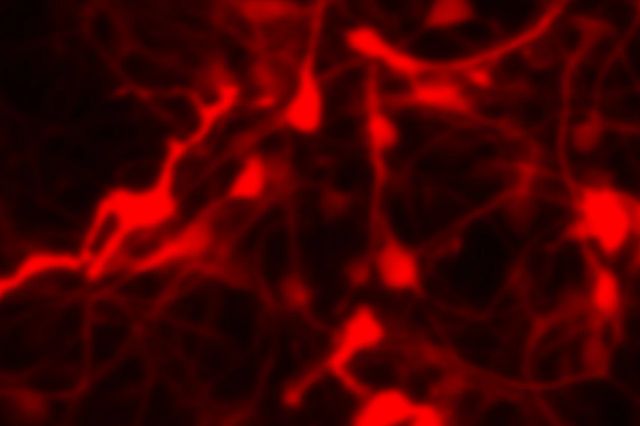 Parkinson’s disease (PD) is a progressive neurodegenerative disorder that is characterized by tremor, akinesia, and lack of balance. These symptoms are caused by dopaminergic motor neuron death or dysfunction in the substantia nigra of the mesencephalon. Aggregates of the pre-synaptic protein α-synuclein are considered the primary biomarkers of PD, and evidence suggests that α-synuclein aggregates directly mediate neuronal cell death. Consequently, strategies aimed at reducing α-synuclein aggregation and toxicity may possess therapeutic potential.

To date, cellular models available to probe α-synuclein biology either possess only limited predictive and translational value because of their poor resemblance to terminally differentiated dopaminergic neurons or experimental timelines and throughput are insufficient to drive drug discovery programs. In a fee-for-service contract between the Michael J. Fox Foundation for Parkinson’s Research, we have developed an in vitro neuroscience assay to measure α-synuclein aggregation in an immortalized human dopaminergic cell model using an aggregate-selective anti-α-synuclein antibody (MJFR14). Experimental timing and format (96-well) are amenable to testing a considerable number of candidate therapeutics using industry standard quality criteria. This α-aynuclein assay and a complimentary TOM20 loss assay are available to the scientific community to support translation in vivo.

Representative data is shown below for the α-synuclein in vitro neuroscience assay.

The Reduction of α-synuclein Expression

Immunocytochemical images of cells treated with increasing concentrations of the autophagy-inducing compound KU 0063794 and stained with MJFR14, illustrating the reduction in α-synuclein expression following treatment with this compound, used as positive control.

The Reduction of α-synuclein Immunoreactivity 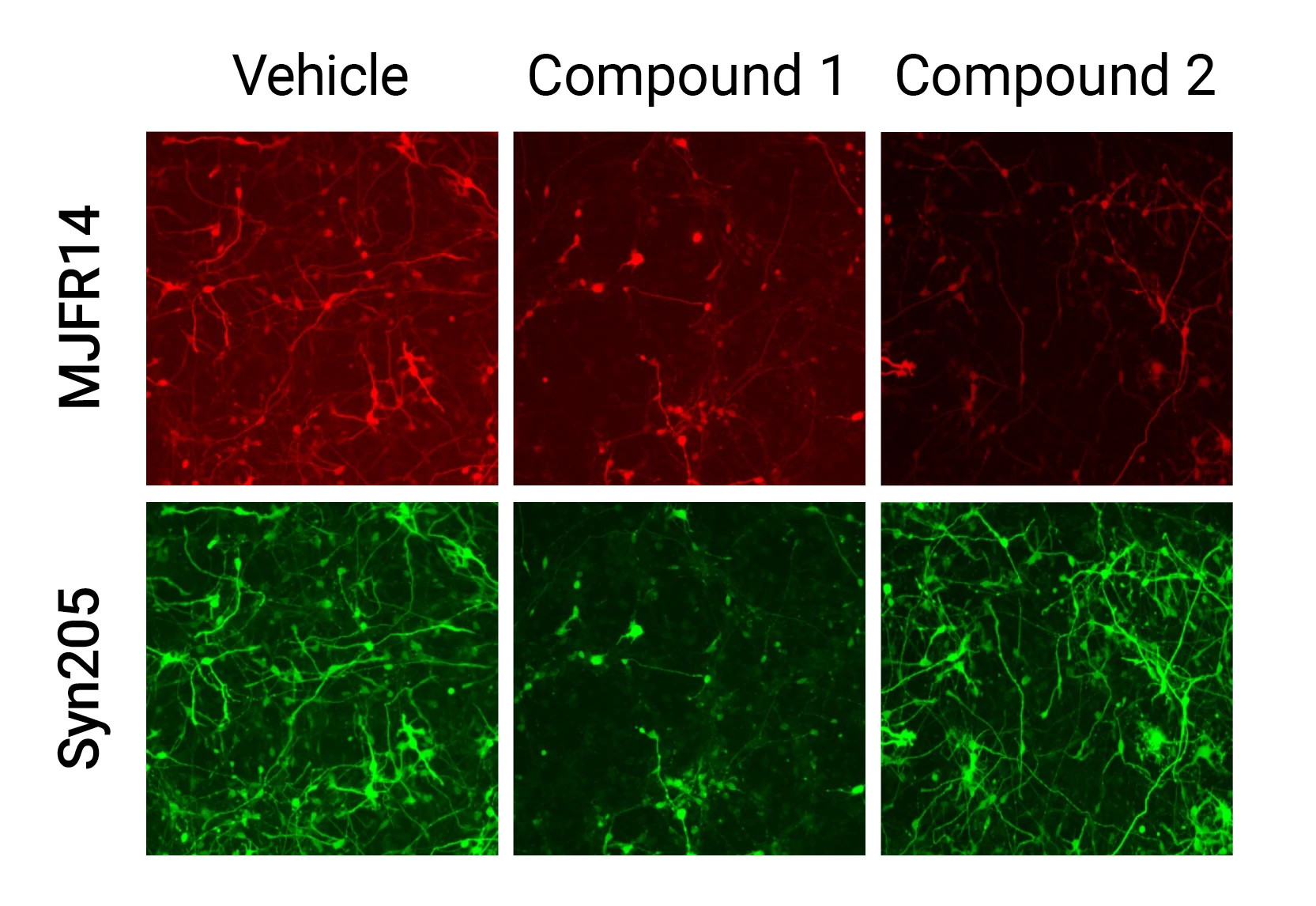 The therapeutic candidates are evaluated in 8-point concentration response curves at 0.5Log-fold dilution steps in biological triplicates. In addition, potential cytotoxicity of the tested therapeutic candidates is assessed by HCA-based quantification of nuclei loss derived from DAPI-staining. As a positive control for inhibition of α-synuclein expression and aggregation, the autophagy inducer KU 0063794 is tested on each plate as a benchmark for assay quality. Results are provided as percentage inhibition (PIN values) and percentage viable cells.