The immune response causing autoimmune disease is associated with many conditions that can affect the eye including Lupus, Multiple Sclerosis, Sjogren's Syndrome and Autoimmune Uveitis. With over 200 in-house immunologists, specialist imaging capabilities and expertise in ocular conditions, Charles River is well-suited for aiding clients with their Autoimmune Uveitis studies. Our immunologists model uveitis using Experimental Autoimmune Uveitis (EAU) animal models, as it is the model that most closely resembles sympathetic ophthalmia associated with human disease.

How can we support your program? 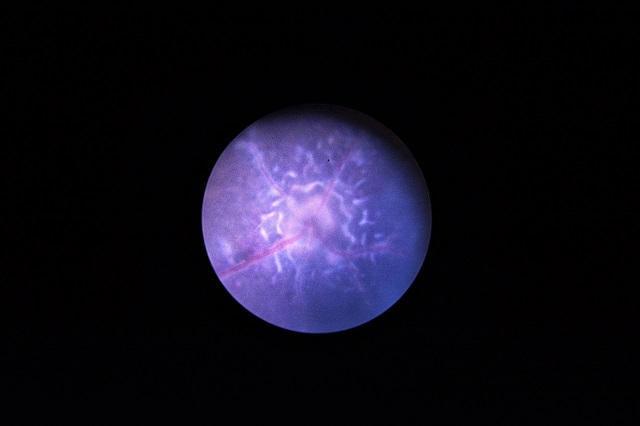 Uveitis is a sight-threatening condition caused by intraocular inflammation and retinal tissue destruction. Diagnosis is performed by a funduscopic exam where the pupil is dilated with eye drops, and then a light is shown through using an ophthalmoscope to observe the back of the eye.

Charles River has developed acute models of experimental autoimmune uveitis (EAU) by challenging mice or rats with retinal antigens such as interphotoreceptor retinoid-binding protein (IRBP) peptide or retinal soluble antigen (S-Ag). This model is also offered in transgenic mice to create a humanised model. In these models, Th1 CD4+ T cells are directed toward retinal antigens to produce cytokines that activate resident and infiltrating mononuclear cells leading to tissue destruction. The rat model can be used to study anterior- and posterior chamber-dependent EAU. The mouse model can be used to study posterior chamber-dependent EAU.

Readouts include in-life topical endoscopic fundal imaging (TEFI) in the posterior chamber of both rat and mouse models and anterior chamber examination in the rat model. Eye histopathology and retina, aqueous, and vitreous humour cytokine analysis can also be performed. 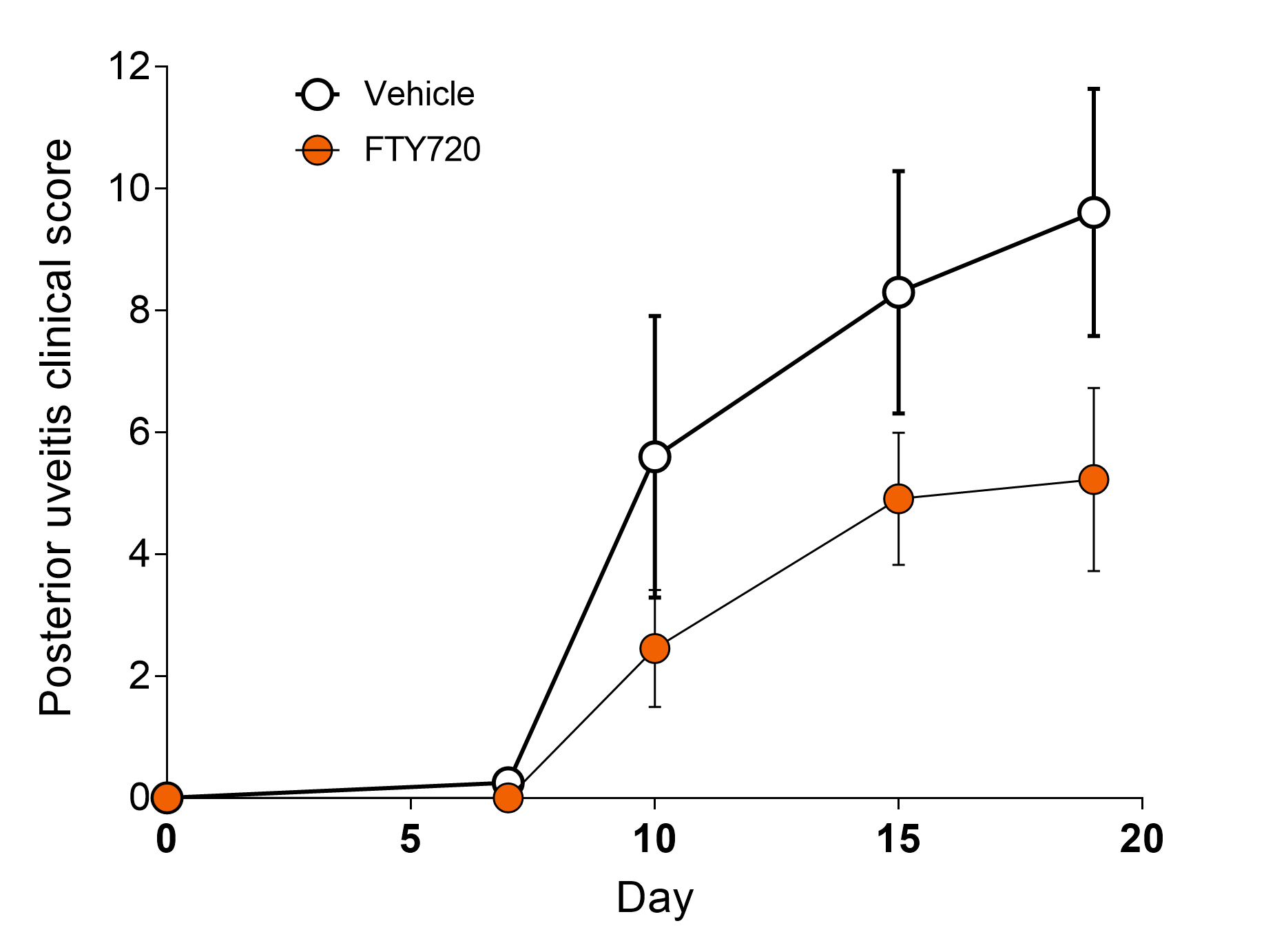 Inflammation of optic disc, cuffing of blood vessels, and retinal folding can be seen. 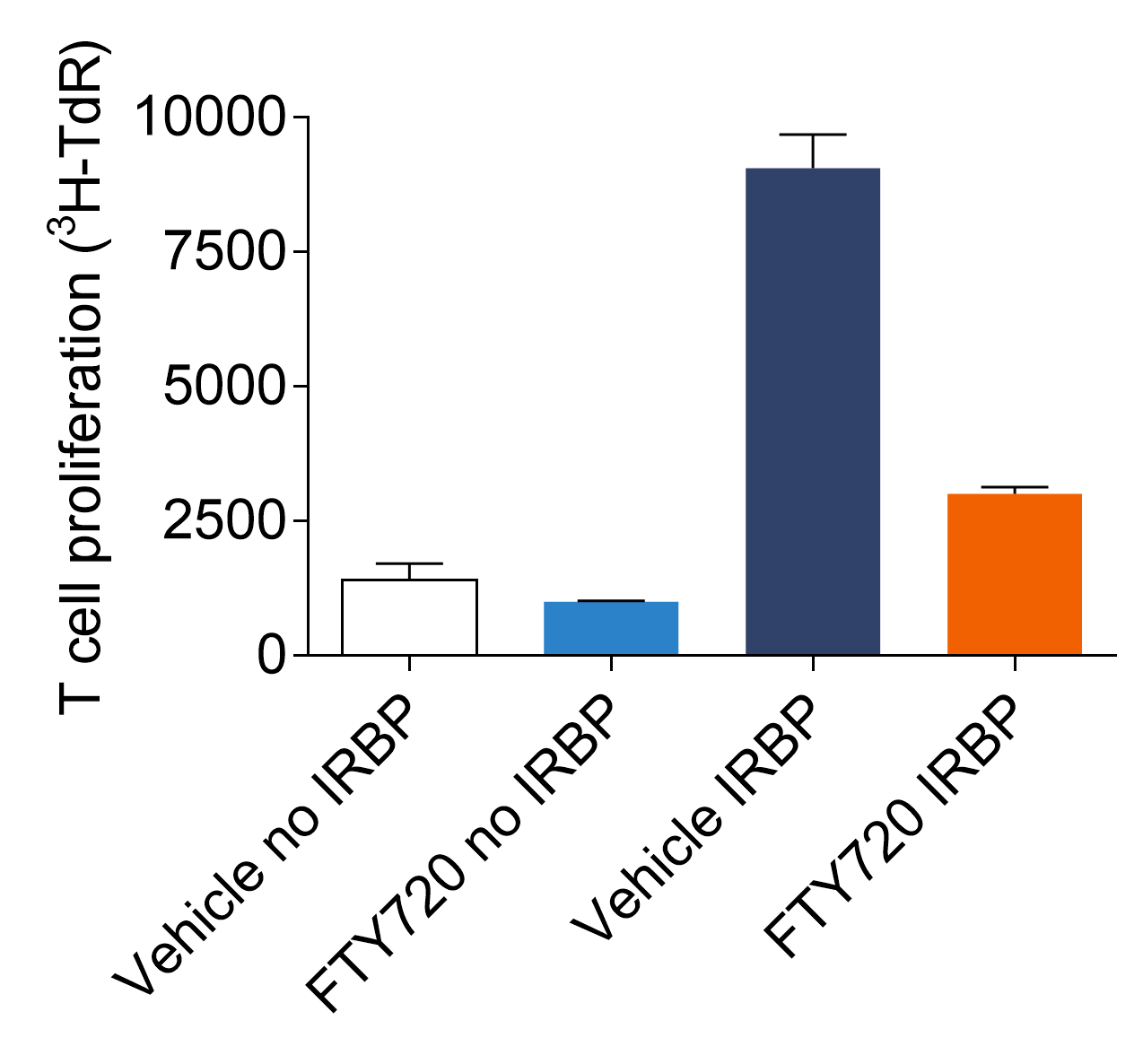 Cervical lymph node cells can be isolated from animals challenged with IRBP and cultured in the presence and absence of IRBP peptide in vitro to access T cell proliferation using thymidine incorporation. 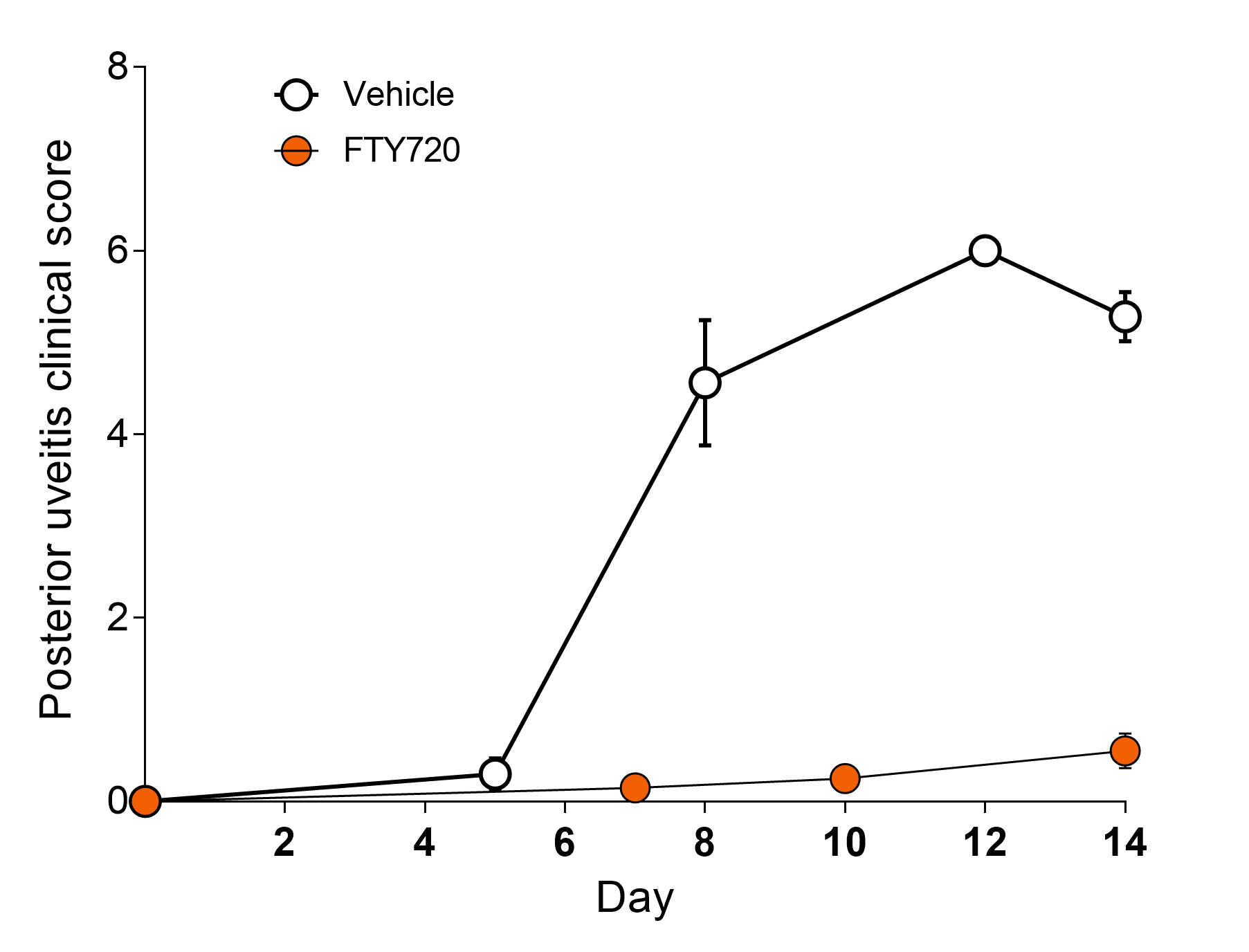 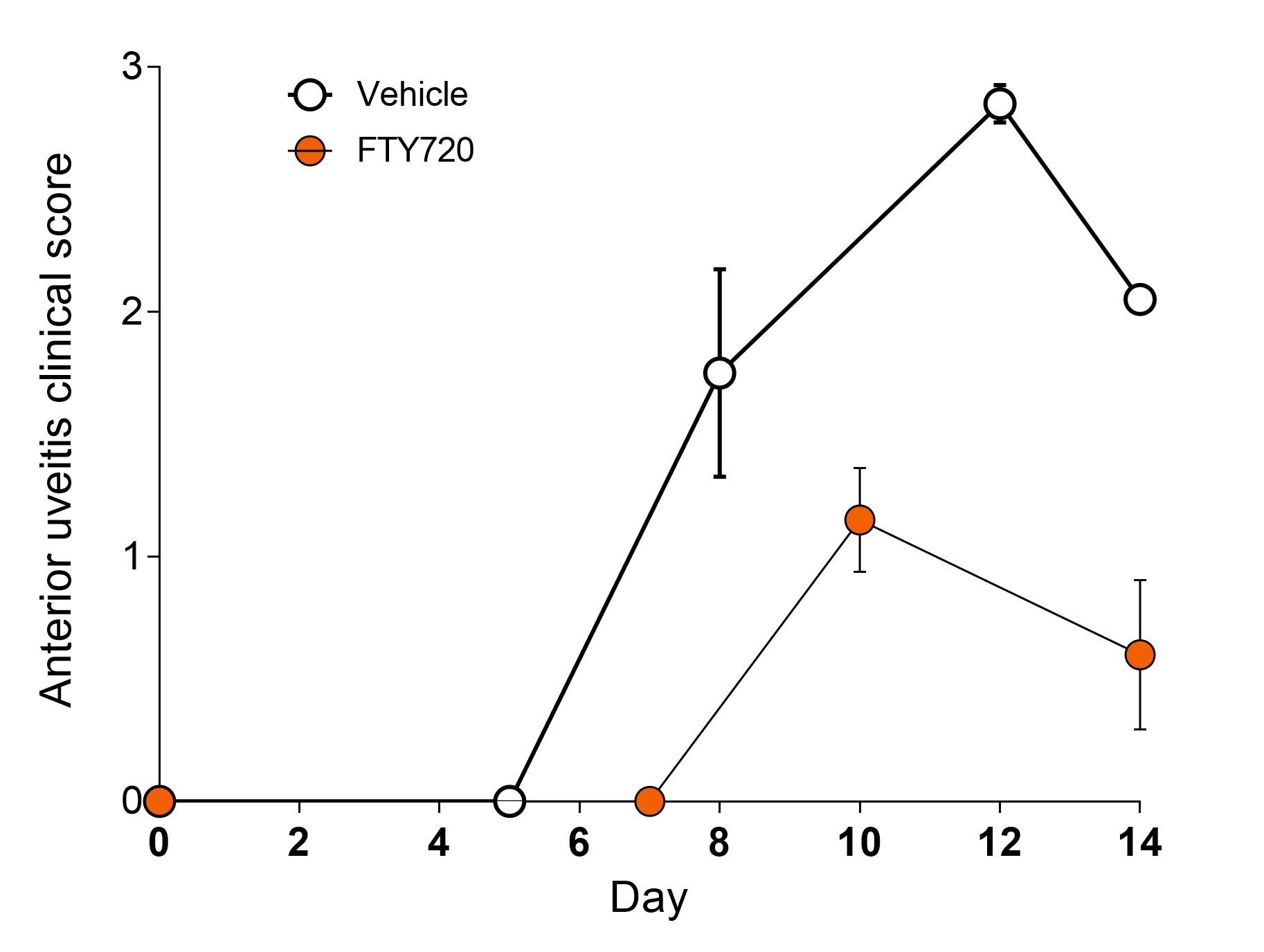 The Role of the Immunology CRO Lab