Recent clinical successes in immuno-oncology have highlighted the important role that the immune system can play in mediating the destruction of human tumours. Charles River’s immunology and cell biology expertise allows us to aid our client’s immuno-oncology drug discovery by modelling their immunotherapies in a range of tumor cell line assays. 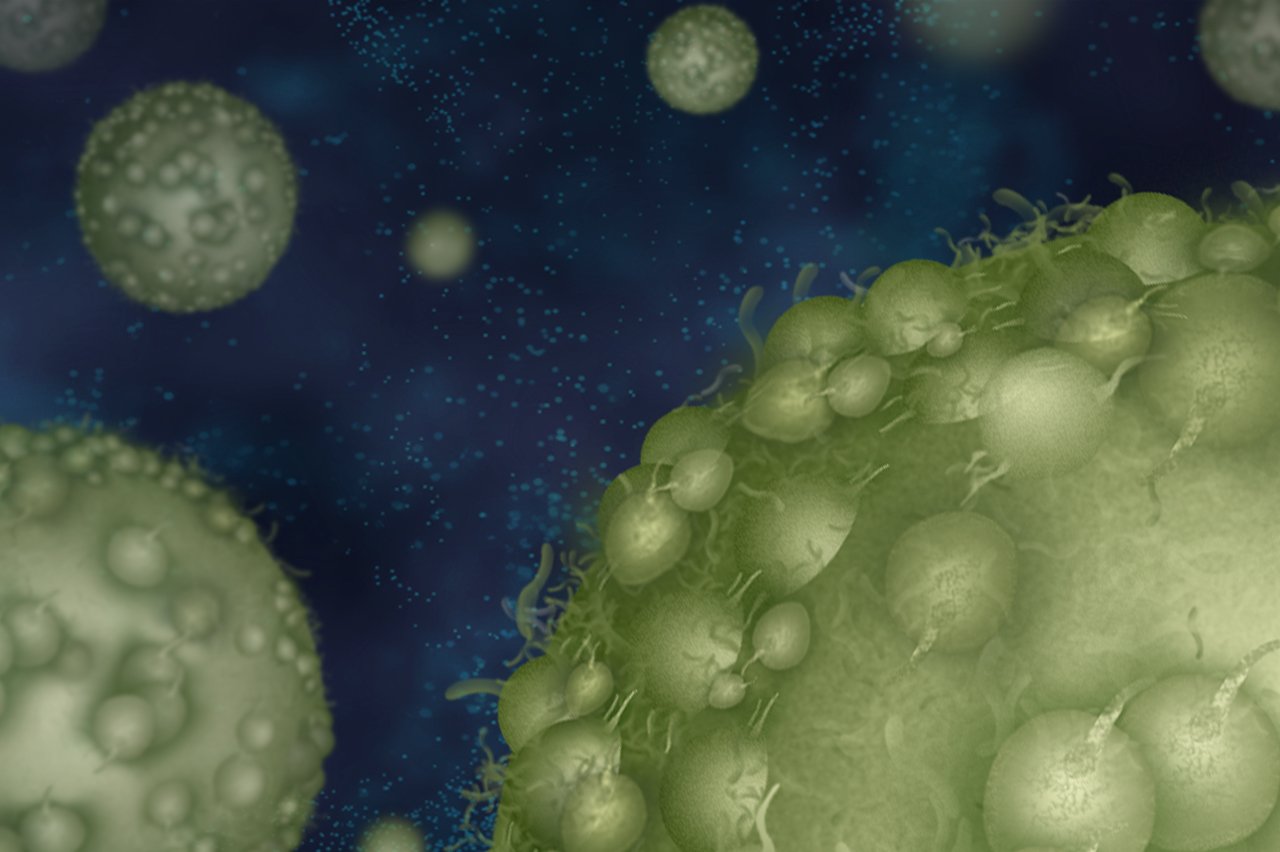 Tumour cells evade immune system detection through a variety of methods, free from the usual constraints of cytotoxic T cells that would normally kill mutant cells, they are able to grow unimpeded. Down regulating tumour cell inhibitory receptors and inducing immunogenic cell death are two approaches that are gaining traction to de-cloak tumour cells and make them visible to the immune system.

Charles River have a range of tumour cell line assays to model this environment:

Enhancing tumour cell susceptibility; the ability of novel compounds to modulate the expression of immune recognition and inhibitory receptors can be assessed in screening assays. Compounds can be profiled for their ability to downregulate combinations of inhibitory ligands and/or modulate MHC expression. Breakthrough clinical therapies target these ligands and their receptors to achieve paradigm shifting success. However, these treatments are effective in minority of patients. Efficacy can be improved through combination therapies, however with >30 checkpoint receptors identified, a greater understanding of what regulates tumour cell inhibitory ligand expression and what combinational blockades are required. No one tumour cell line expresses the complete inhibitory ligand repertoire. But through screening multiple tumour cell lines we can identify lines that express the desired expression profile (under basal or stimulated conditions) to aid drug development. The consequence of regulating tumour inhibitory ligands can then be further probed through downstream assay’s such as cytotoxic T cell depending killing.

Figure 2: Tumor cell profiling. A range of adherent and non-adherent tumour cells were stained for a panel of checkpoint markers. Example histogram of PD-L1, common inhibitory ligand only expressed in a subset of tumour cell lines. A tumour line of interest can selected for downstream assay depending on the expression profile and anticipated mechanism of action. Tumour cell line can be further manipulated through appropriate stimulation conditions to regulate the expression of specific checkpoint proteins (e.g. PD-L1 expression is substantially upregulated in response to IFNγ – not shown).

Certain chemotherapeutic agents are able to trigger a type of apoptotic cell death that also induces an effective anti-tumour response by the adaptive immune system, called “immunogenic cell death” (ICD). ICD relies on the establishment of stress responses that promote the spatiotemporally coordinated emission of endogenous danger signals from dying cells. These signals are known as damage-associated molecular patterns (DAMPs). Three DAMPs are recognised as vital for the ICD of cancer cells: calreticulin (CRT), which is exposed on the cell surface, the secretion of ATP and passively-released high mobility group protein B1 (HMGB1). Several anti-cancer agents that have been successfully employed in the clinic for decades, such as oxaliplatin, cyclophosphamide and paclitaxel, have since been found to elicit active immunological anti-tumour responses via ICD.

However, if the chemotherapeutic agent fails to induce one (or more) of these DAMPs, then the ICD response is completely compromised. 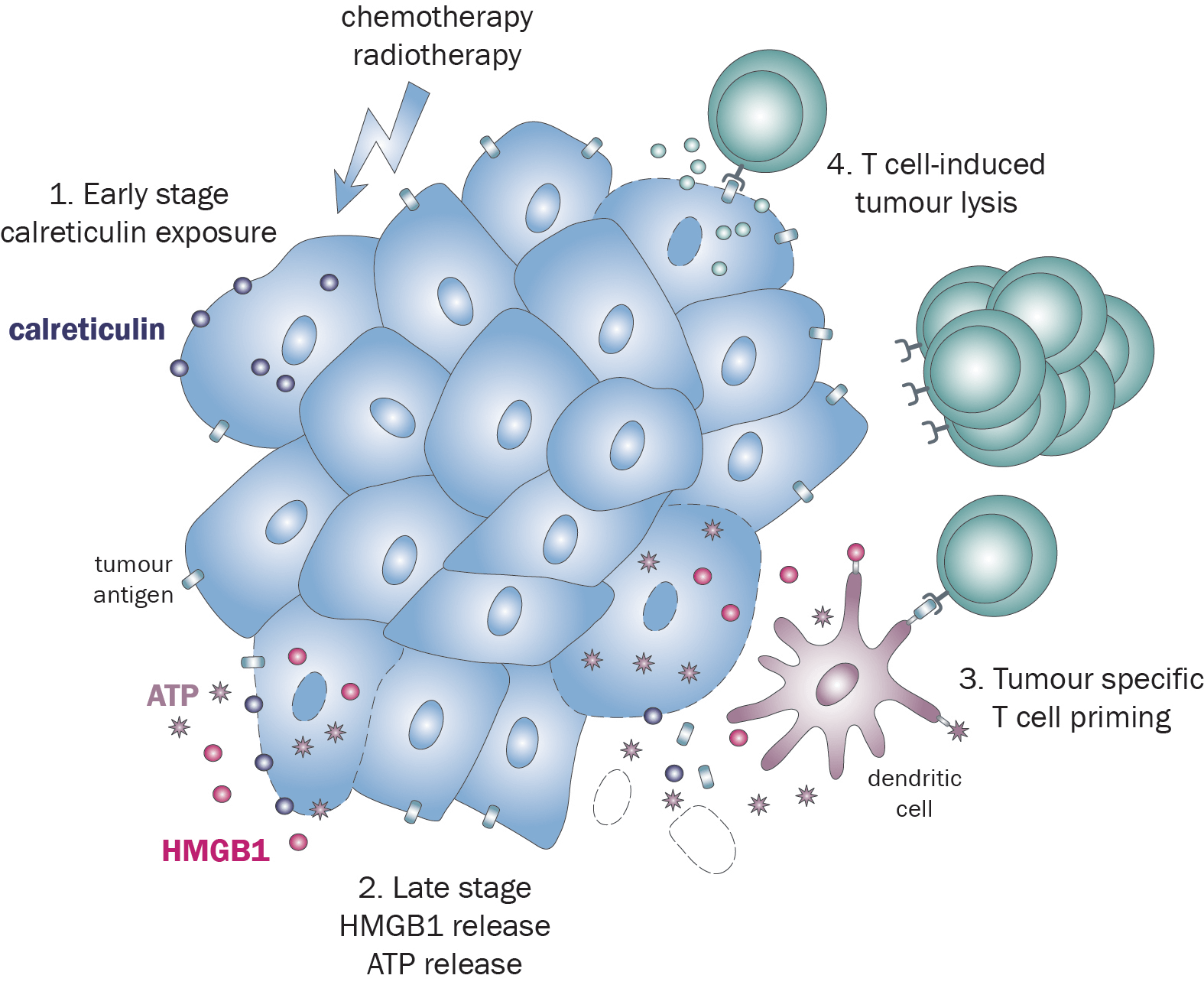 The gold-standard approach to evaluate the ability of a specific agent to ICD is an in vivo model, which is inherently incompatible with the high-throughput screening of new compounds. Since the molecular characteristics of ICD are well established, it is possible to screen large numbers of compounds in vitro with cultured cancer cells using calreticulin, ATP and HMGB1 as surrogate markers of ICD. Compounds that successfully induce all three of these markers in vitro could then be progressed to confirmatory in vivo testing.

Charles River has established an in vitro ICD assay based on the detection of the surrogate markers in both human and murine models of cancer cell lines to help our clients to screen potential ICD inducers.

What Am I Missing?

Bringing IO Together: How an Immunologist and Oncologist Collaborate in an Emerging Field