What is the promise of CRISPR? With almost unlimited gene editing opportunities, CRISPR Cas9 technologies have transformed drug discovery and development. Throughout the early discovery phase from target identification to validation, they have been proven to create more predictive cell-based models and revealed new drug targets. CRISPR Cas9 technology has been used to knock out or modify DNA in research mice and rats. So, what can it do for your gene therapy program? 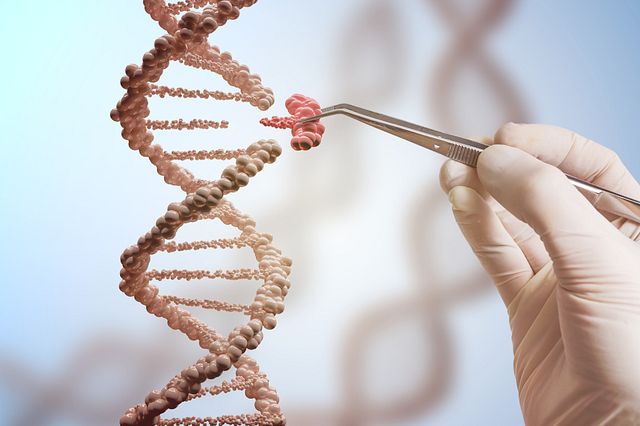 The relative ease of genetic engineering with CRISPR is transforming the development of more complex disease-relevant cell-based assays to improve predictability for drug therapies. CRISPR-based engineering has the potential to accelerate drug discovery, to support the reduction of high attrition rate in drug development and to enhance development of cell and gene-based therapies. Read The Article: CRISPRing Future Medicines; Expert Opinion on Drug Discovery.

Within the past decade, CRISPR/Cas9 gene editing of mammalian cells has become common practice, but does it hold the key to unlocking the future of therapeutic development? Join Dr. David Fischer and our panel for a detailed look at the advantages and applications of this Nobel Prize-winning technology. Listen to the podcast

CRISPR Cas9 design tools can be applied to multiple phases of the drug development process. Gene knock-outs and gene knock-ins introduced in cell-based screening assays create a system that best mimics a disease state. The ability to turn on and off genes using CRISPR Cas9 has been used to distinguish between on-target and off-target effects in target validation assays. 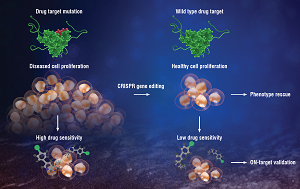 Through CRISPR Cas9 engineering, a multitude of high-throughput screens (HTS) can be designed to mimic the most specific of targets in disease-relevant cells. Charles River employs CRISPR technology to develop both pooled and arrayed HTS. Pooled screening generates relatively clear-cut readouts, such as cell proliferation, cell death or sortable marker proteins. For more complex phenotypic readouts, arrayed screens are developed incorporating high content imaging. Arrayed CRISPR libraries are now emerging with the guide RNA being either expressed from lentivirus or produced as a synthetic molecule. The specificity of these screens results in stronger hits. 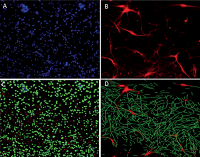 Disease-relevant in vitro assays for amyotrophic lateral sclerosis in motor neurons derived from control and patient iPSCs. Download the Poster

The power of the CRISPR technology is its ability to precisely create the target of interest when developing assays. In target validation, the CRISPR technology has the advantage over RNAi to fully abolish gene expression as opposed to the transient and incomplete silencing of the target as achieved by siRNAs. This also has a profound impact on rescuing the phenotype to confirm target specificity by adding back methodology, which will give far better interpretable results in case of a complete knockout by CRISPR as opposed to an incomplete silencing by RNAi.

Charles River has developed a CRISPR phenotypic rescue assay to validate the interaction between a compound and the intended drug target to discriminate between on-target and off-target effects. Validating your compound using CRISPR Cas 9 technology produces stronger lead candidates.

Validation of the interaction between a candidate compound and the intended drug target by a phenotypic rescue approach. Download the poster

CRISPR is revolutionizing cell-line development. Have questions, or simply want a better understanding of CRISPR technology? Check out this helpful resource from our friends at The Broad Institute. Visit their pages for a brief history, research highlights, and information on notable CRISPR scientists.

Talk With An Expert

Learn more about how CRISPR Cas9 technology has been used to knock out or modify DNA in research mice and rats. Need a CRISPR mouse or rat model? Check out our diverse collection of Research Models or send us your specifications.

+ CRISPR-Cas9 used under licenses to granted and pending US and international patents from The Broad Institute and ERS Genomics Limited.