In 1935,Carworth Farms began to select a line of mice which had vigour and which was productive. Progenitors originating from a colony bred in Missouri were bought and the strain was named CF1 (Carworth Farms strain 1). This strain was introduced at Charles River Laboratories France in 1967, and it acquired the name OF1 (Oncins France 1). 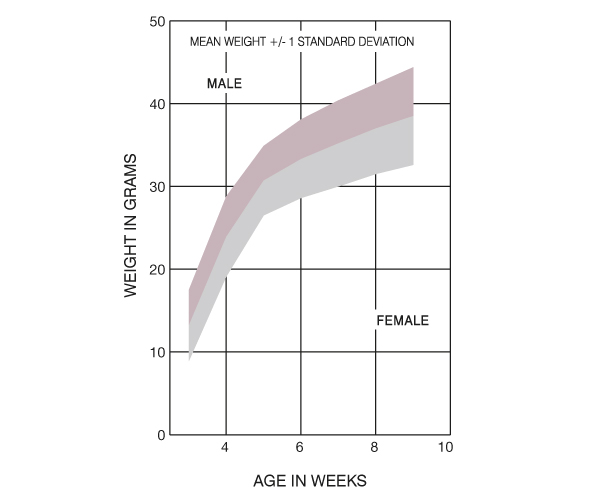 Growth chart data should be used as a guideline only.

The shaded areas on each chart are the mean weight plus or minus one standard deviation at a given age averaged across all production facilities. This represents approximately 67% of the population, with the remaining 33% falling outside of this weight range.

For more information about OF1 mice, please contact us at [email protected].