The original strain was composed in 1925 by Robert Worthington Dawley. Carworth Farms obtained it in 1955 and renamed it CFE (Carworth Farms Elias). Transferred to Charles River Laboratories France in 1967, it then became known as OFA (Oncins France Strain A), in 1968. 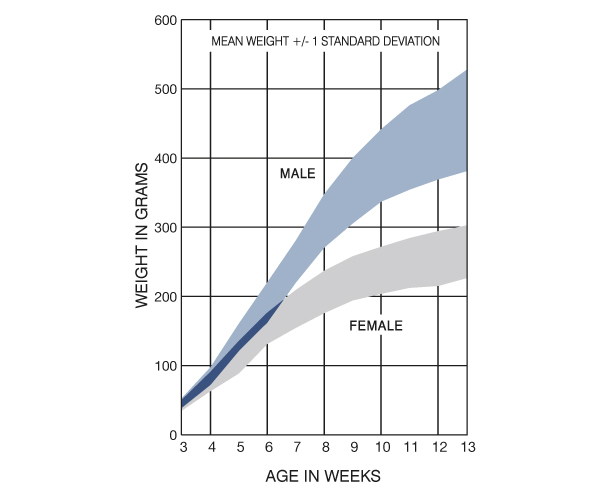 Growth chart data should be used as a guideline only.

The shaded areas on each chart are the mean weight plus or minus one standard deviation at a given age averaged across all production facilities. This represents approximately 67% of the population, with the remaining 33% falling outside of this weight range.

For more information about OFA rats, please contact us at [email protected].