Rapid and Sensitive: qPCR for ADME

With the ability to measure the mRNA expression in hepatocytes, qPCR is a powerful tool to investigate induction of the metabolizing enzymes that play a role in drug interactions. What does this mean for your studies? 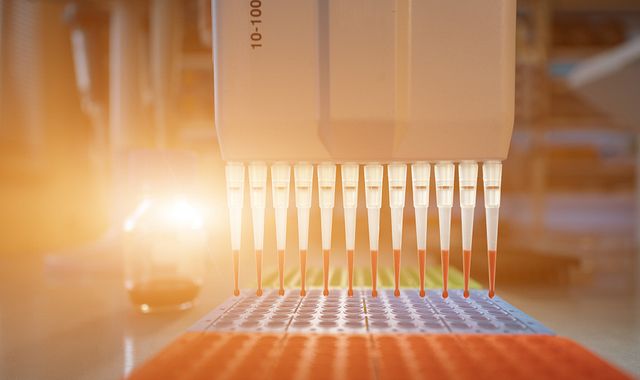 Metabolism-mediated drug interactions by the liver are a key event in the development and safety assessment of pharmaceuticals. Both the FDA and EMA have guidelines advising on the conduct of in vitro studies to evaluate the potential for metabolism-mediated drug interactions. One of the possible mechanisms is the potential of an investigational drug to act as an inducer of CYP enzymes. Acceptable study endpoints to assess CYP induction include mRNA levels and/or enzyme activity levels using a probe substrate. A major challenge of measuring only the enzyme’s activity is that the induction may be masked in the presence of concomitant inhibition. Transcriptional analysis through the measurement of mRNA levels may address this challenge.

To measure mRNA levels, a rapid and quantitative method is warranted. To this end, our Den Bosch team has set up a quantitative PCR assay using TaqMan™ probe chemistry to measure mRNA expression in human hepatocytes. Specific changes in mRNA expression of CYP1A2, CYP2B6 and CYP3A4 were detected in human hepatocytes treated with different inducers like omeprazole, phenobarbital and rifampicin.

Furthermore, the technique was expanded to investigate ex vivo induction in rodent studies. Up to 30 different gene targets from a single rat liver sample were measured in a single experiment using customized TaqMan arrays.

Now available to our clients, this rapid, sensitive and quantitative technique can be easily applied to other gene targets or other target organs and would allow the identification of multiple target genes of interest in a single sample, providing a molecular clue of the mechanism of metabolism-mediated drug interactions.

Branching Out into New Technology for Nucleic Acid Analysis

ADME in Parallel with Efficacy is a Win-Win