To support the laboratory animal research community during the global COVID-19 pandemic, our scientists have developed a real-time PCR assay and MFIA COVID-Plex assays that are now available through Charles River's Research Animal Diagnostic Services. 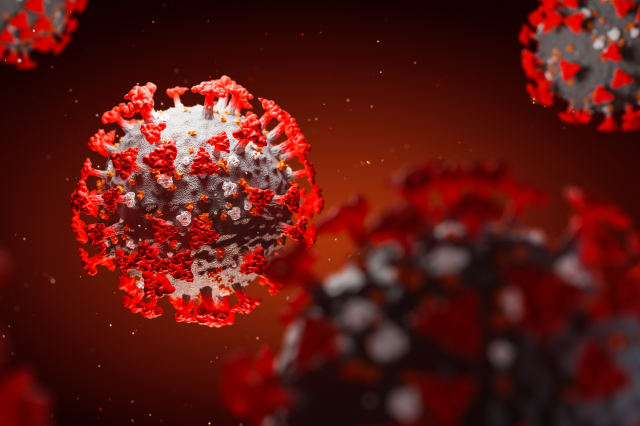 Sarbecoviruses (a subgenus of Coronaviridae) are considered zoonotic and the subgenus of Sarbecoviruses specifically are gaining a notoriety of jumping from animals to humans. As viruses jump from host to host, evolutionary mutations in the viruses' nucleic acid are selected to improve viral infection and replication in the new host.

Since our awareness of Sarbecovirus in humans is a recent phenomenon, it is unclear if the virus is present in other species naturally. It is important to note that natural transmission from humans to most research animal species has not been reported and is considered unlikely.

In rapid response to the COVID-19 pandemic, our scientific staff has designed a SAR-CoV PCR assay and MFIA COVID-Plex serology (antibody) test. Charles River has developed both tests to identify if your research animals have been infected with SARS-CoV-2, the virus that causes COVID-19.

Confused about which testing method to use for Sarbecoviruses? We're here to help by offering both viral PCR and serology antibody testing.

CRL's serological COVID-Plex test is specific for detection of SARS-CoV2 (COVID-19) antibodies and qualified for surveillance (and research) purposes of laboratory animals. The COVID-Plex multiplex assay utilizes SARS-CoV2 (COVID-19) specific spike-full length (spike-FL) and nuclear proteins (NP). A sample is considered positive only if both COVID-19-specific spike-FL and NP assays are individually positive.

Based on a conserved genetic region with a low mutation rate, this assay will not only detect the circulating human and known animal strains, but also will likely detect novel strains in other species.

How to Submit PCR Samples

All sample collection materials (except nasal swabs) are provided free by request through our Laboratory Testing Management® program. For best sensitivity, animal-derived samples should be shipped for testing as soon as possible but can be held at 4◦ C for one week or -20◦ C for one month.

Samples collected directly from research animals considered to be a higher susceptibility risk for Sarbecoviruses (e.g., nonhuman primates, dogs, cats, swine, ferrets, bats) will be processed in our BSL-2 Laboratory.