Huntington's disease (HD) is an autosomal neurodegenerative disorder characterized by motor, behavioral, cognitive and metabolic dysfunction caused by the expansion of a CAG trinucleotide repeat region in the huntingtin gene (HTT). Recently, a new antisense oligo therapy was reported to show efficacy in reducing levels of mutant huntingtin protein in early-stage patients. 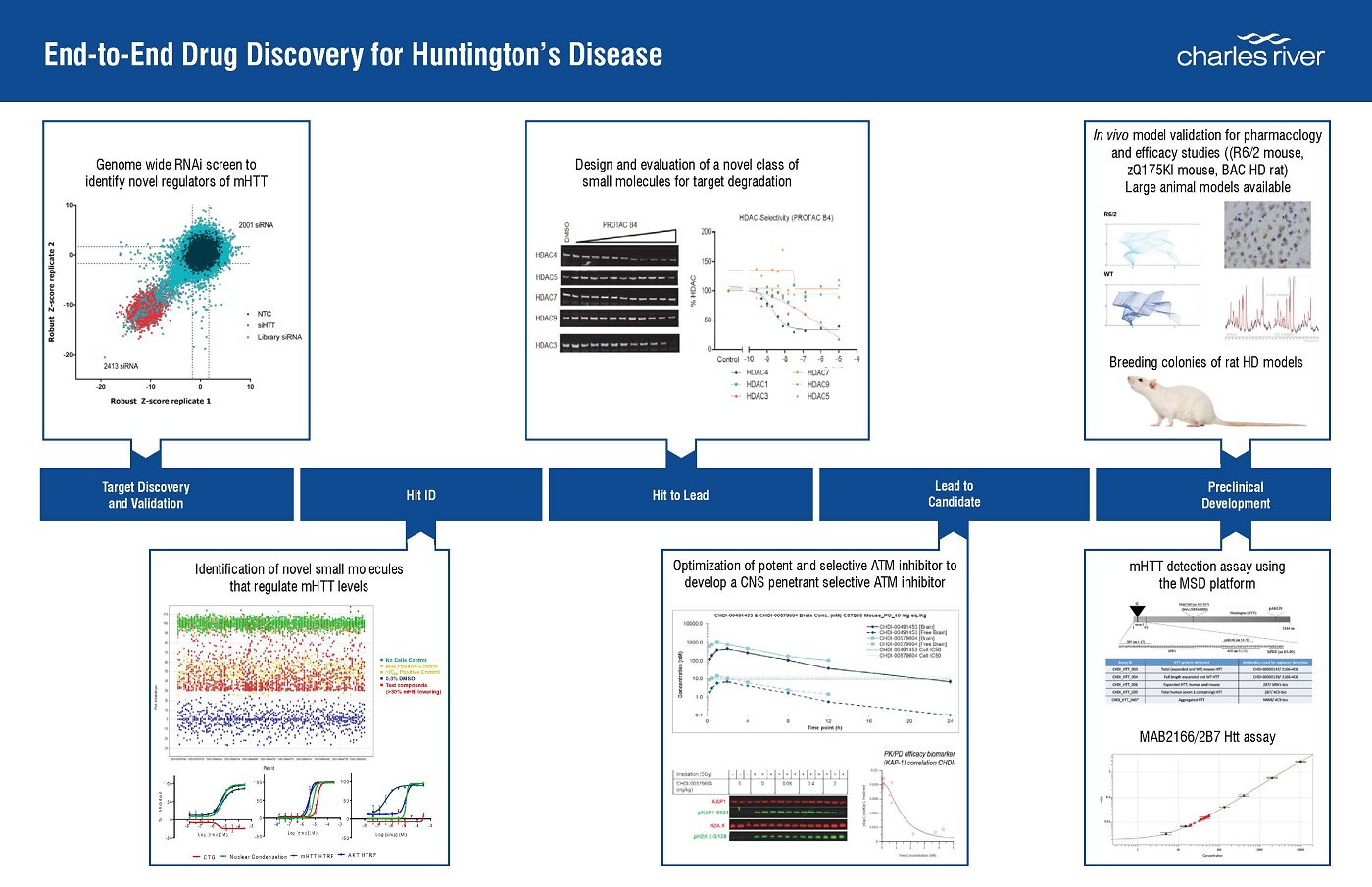 We have created a schematic showing our end-to-end drug discovery capabilities for Huntington’s disease. View Schematic

Our team has developed an assay to detect mouse and human forms of wild type and mutant Huntingtin protein using an MSD assay platform and this work has been published recently. 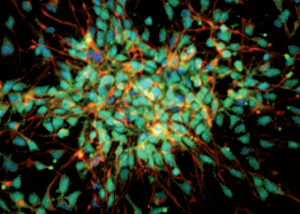 Check out our Huntingtin Assays

In addition to the in vitro assays, Charles River has validated the following mouse models of Huntington’s disease:

The novel KMO inhibitor CHDI-340246 leads to a restoration of electrophysiological alterations in mouse models of Huntington's disease (Experimental Neurology, 2016)

Episode 01: Being The First