British neurologist Edward Wild is fluent in the complicated, tongue-twisting language of Huntington’s disease. But how do you explain to people living with Huntington’s what a triplet repeat on the huntingtin gene is? And how do you interpret the findings of a huntingtin-lowering drug?

Dr. Wild, a scientist at University College London (UCL), discovered just how difficult this exercise could be when patient advocate Charles Sabine posed this challenge: Explain Huntington’s research to a lay audience using words that they can grasp. Sabine, a veteran war correspondent, was also an HD mutation carrier and he was intent on finding researchers who could explain studies accurately, minus the jargon. 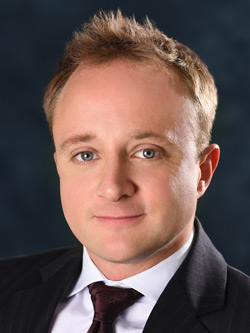 Dr. Wild and Jeff Carroll, another neuroscientist specializing in HD, would climb up on stage during science meetings and, in what can best be described as a game-show atmosphere, attempt to interpret study findings to non-scientists. When either used a word that Sabine didn’t understand, Sabine would ring a bell.

Dr. Wild’s own research focuses on finding reliable biomarkers that can identify how fast the disease is progressing. Such biomarkers could be uniquely valuable for determining whether a novel therapy for HD is working or not. Although a genetic test can determine whether a person has the HD mutation, it can be years before they exhibit any symptoms. The slow clinical progression and the inability to biopsy the affected brain tissue makes it difficult to design short and effective proof-of-concept clinical trials to assess treatment benefit.

Last year, a study led by Dr. Wild reached a significant milestone when the team found a biomarker after analyzing the blood of HD mutation carriers and their unaffected partners or siblings. The findings showed that concentrations of the protein, known as neurofilament light chain or NfL, was significantly higher in HTT mutation carriers than in controls.

Eureka Editor Regina McEnery recently chatted with Dr. Wild as part of their special coverage of Huntington’s disease. Here are excerpts of the interview.

Eureka: So how did you end up specializing in Huntington’s research?

EW: I was completing my general neurology training and looking for a PhD advisor. Dr. Sarah Tabrizi [now director of UCL’s Huntington Centre] was looking for a PhD clinical fellow. The timing worked really well for me, but it was meeting people affected by HD that really inspired me..

Eureka: One of the unusual aspects of your PhD experience was how much interaction you had with people affected by HD. What was that like for you?

EW: Entire families were devastated by HD; they knew their situation was terrible and desperate. And it’s not just a movement disorder. There is also cognitive impairment, which makes conversing difficult. Yet the existence of a clinic with their [disease’s] name on it, which was there for them when they needed it, and which was trying to develop treatments for their disease, was incredibly important to them. I was completely blown away by how families living with HD dealt with normal things—mortgages and taxes—while also giving up their time for research. It was a powerful thing to witness. That is what kept me in the field of HD. Unfortunately the people I first met are sick, many have died, and some of their kids are starting to get sick. But you can’t step away from it.

Eureka: What was the focus of your PhD?

EW: Part of my thesis looked at whole-brain atrophy in HD using MRI scans. We also collected plasma and found evidence of an altered innate immune response in HD. The goal of the project was to use a multi-model approach in the discovery and evaluation of potential biomarkers for HD.

Eureka: On the topic of biomarkers, you had a major breakthrough two years ago when you found that NfL was elevated in carriers of HD. What is NfL and why was this discovery so significant?

EW: Neurofilament had already been identified as a potential biomarker in both multiple sclerosis and traumatic head injuries. We studied it in a more homogenous cohort of HTT mutation carriers. We found that the level of neurofilament was more elevated in carriers with a big CAG repeat expansion in HTT. We had a solid link between the pathology and presence of a biomarker signal. This gave us a head start in testing new treatments in clinical trials. … A good biomarker is only one that you can see in the rear-view mirror. Neurofilament, by far, is the best biofluid biomarker of disease progression we have ever seen. Symptoms are driven by neuronal damage. It independently predicts brain atrophy and disease progression.

Eureka: How might we use this biomarker to screen patients?

EW: It could be used to identify a group of people best suited for taking part in a trial. I think we are heading toward where we use neurofilament to identify a person’s risk profile. Even within one family, one sees lots of heterogeneity, and also specific symptoms. Some exhibit a psychiatric phenotype, others movement disorders. Neurofilament may give an idea whether a person’s disease progression will be rapid, slow or somewhere in the middle. Knowing this can be really helpful in guiding how you evaluate the treatment.

Eureka: In your opinion, what are the most promising treatment strategies?

EW: I think we should focus a significant portion [of our research] on huntingtin-lowering drugs until we know for sure whether they are going to work. For now, unquestionably, this is the most promising avenue. Ionis and now Roche have drugs entering clinical drugs. Thus far, this has been the greatest victory in HD disease research. We have shown we can inflict that first counter-injury on the HD protein.

In the future, we will see virally-delivered gene therapies—not necessarily editing DNA but using viruses to turn neurons into factories that manufacture a gene-silencing drug from RNA. Even more exciting is the possibility of orally bioavailable HD lowering drugs that you could take every day.

Eureka: In addition to your research, you also co-founded HDBuzz with Jeff Carroll, whose lab is based at Western Washington University. Why was this cause so important to both of you?

EW: When we got interested in this, Jeff and I were probably two of the youngest researchers in HD. We were both slightly jaded by the reporting of science and HD stories online. Well-intentioned people were interpreting badly-written press releases and the result was very confusing and sometimes misleading. Eventually we founded HDBuzz, which disseminates HD research news. The stories are written by scientists and clinicians, but in plain language. We are averaging around a million hits a month. What we offer is ‘substantive hope’ – we give families specific things to root for, and specific ways they can help, rather than just a general sense that research is heading in the right direction. Ten years on, Jeff and I are a good deal older than we were, and much busier, but the feedback we get from patients and families about what HDBuzz means to them convinces us that we have to carry on. 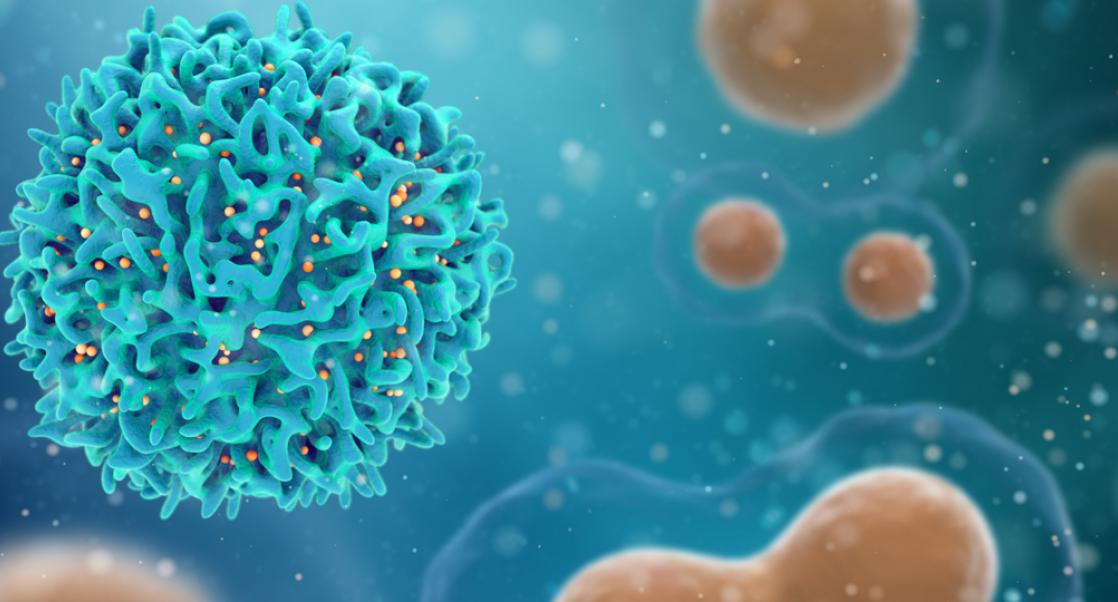 Cancer Doesn’t Stop For a Pandemic 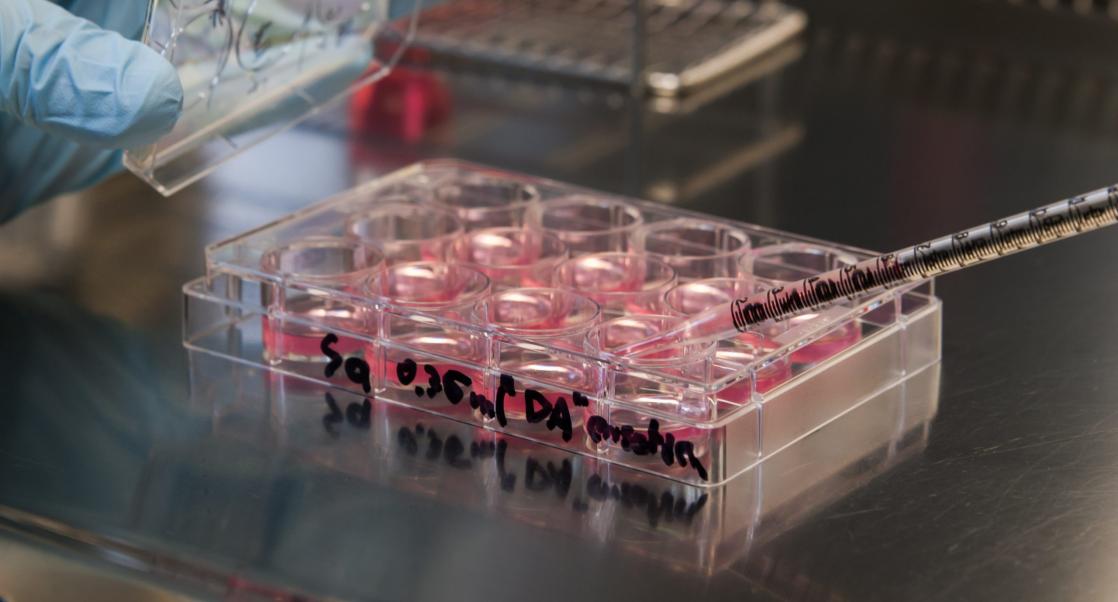