Reliable sterility testing and the development or validation of product-specific methods are critical steps in the drug development process. Charles River has established a track record supporting the testing of cell lines, media, in-process, and final product testing for the pharmaceutical, biopharmaceutical, and medical device industries. We also have a robust quality infrastructure to support CGMP testing according to USP and EP methodologies. 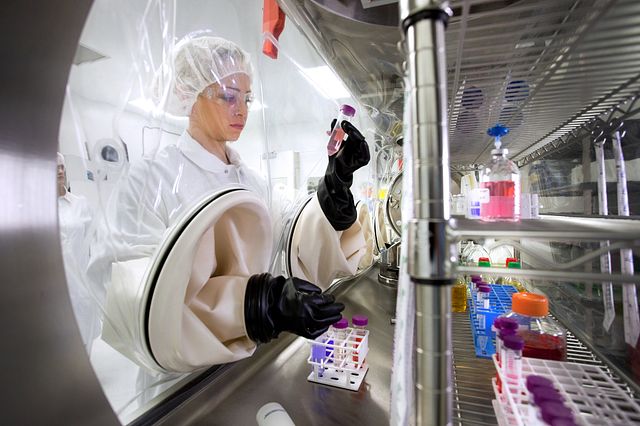 Sterility testing is required to ensure viable contaminating microorganisms are not evident in a product. This testing is conducted by direct inoculation or membrane filtration methods and can be performed in an isolator or cleanroom environment.

In conjunction with the sterility test, bacteriostasis fungistasis testing is performed to assess whether or not the test article is inhibitory to the growth of microorganisms. The performance of the B/F test is necessary to validate the sterility result and confirm that there are no antimicrobial properties within the test article that would inhibit the detection of microbial organisms during the sterility assay.

Vaporized hydrogen peroxide (VHP) ingress testing is performed within an isolator that undergoes VHP decontamination. This assay evaluates if VHP ingress into a test article container is evident, which may affect the validity of the results.

In addition to offering the convenience of performing sterility testing at our sites in Ireland and Pennsylvania, we have cutting-edge technologies to support rapid sterility testing in-house using Celsis® ATP bioluminescence instruments.

ePoster: Considerations for the Use of AUC for Characterization and QC Testing of AAV Gene Delivery Vectors

A Solution to Negate False Positives for Your Biologics

A New Tool to Plan Your HCP Studies