To look at almost 3 ½-year-old Connor Graban, is to see a blue-eyed, always happy little boy, a bit wobbly on his feet, who loves the outdoors, superheroes, Lego toys, monster trucks and hide-and-seek.

But Connor is no ordinary toddler.

He was born with ataxia-telangiectasia, or “A-T”, an ultra-rare, progressive, degenerative disease that unleashes a cascade of severe symptoms such as deteriorating muscle control, slurred speech, respiratory infections, feeding issues and a predisposition to numerous types of cancer. The prognosis is grim. Children born with A-T are usually dependent on wheelchairs by the age of 10, having lost the ability to control their muscles, and they rarely survive their 20s. There is no cure and no effective treatments that can manage the neurological aspects of the disease. There are about 400 known cases of A-T in the United States.

The reality of all of this has felt like a daily sucker punch for Daniel and Michelle Graban, who welcomed their son’s arrival with joy only to be told, almost immediately, that Connor might have 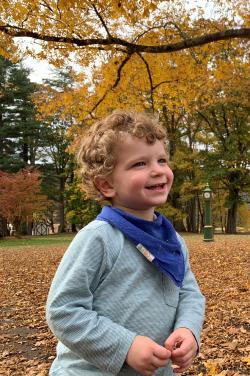 been dealt a deadly hand, later confirmed to be true.

The odds are daunting, but the Grabans persevere. It is true that every disease is incurable or untreatable until it is not, and while they continue to hold out hope for a brand-new therapy or cure that can reverse their son’s genetic condition—perhaps a gene therapy—they have also joined an international effort to locate an existing drug or investigational compound that might slow the degeneration going on in Connor’s brain cells and others like him.

The non-profit A-T Children’s Project is spearheading the search for a cure—ordinarily a needle in a haystack event were it not for the development of technologies that have helped accelerate the process. The Grabans are working with the A-T Children’s Project to raise the $185,000 needed to fund a repurposing screen with the goal of finding a drug that can be tested in children with A-T to slow the progression of the disease or, ideally, to find a cure. The repurposing screen will begin with the development of customized assays to detect the functional rescue of cells from children with A-T, followed by the screening of large libraries of compounds, both approved and investigational, using those assays. Charles River is one of the scientific institutions involved in this study.

Connor’s case came to the attention of scientists at Charles River Laboratories about nine months ago through employee Joelle Lucarell. After discussing multiple options such as antisense oligonucleotides or gene therapy, it was decided that the best approach for Connor, and all other children with A-T, was a drug repurposing screen, said Charles River Executive Science Director David Fischer.

“We had a number of calls with the A-T Children’s Project and the Grabans where we went through a couple of iterations,” said Fischer. “A-T is not an easy disease. It is caused by a defect in what we think of as a DNA damage response pathway gene. ATM is a protein expressed in every cell, but in A-T the specific pathology is in the brain’s cerebellum. Those Purkinje cells and granular neurons in the cerebellum are the cells that degenerate.”

Fischer said the avenue being explored, after discussions with scientists from other institutions, is to take A-T induced pluripotent stem cells and differentiate them into neurons. "We would then screen a drug repurposing library to find candidates that can overcome some of the biochemical defects seen in those cells", he said.  Researchers at Rockefeller University have recently developed specific cell culture protocols for the Purkinje cells and granular neurons. “Hopefully we will be able to find molecules that rescue the A-T cell models,” said Fischer.

"This is something Dan and I feel very strongly about, because we can’t think 20 years from now, if Connor has passed away, that a drug or compound currently in existence could have slowed down the progression of this horrible disease or provided an unexpected cure,” says Michelle. “I can’t live with that.”

Indeed, success on this front gives hope to families dealing with A-T and may give their children a chance at a more normal life. What this repurposing screen is designed to do is find therapies that target the progression of the disease itself, says Jennifer Thornton, Executive Director of the A-T Children’s Project. “What we are hoping to do with the screening is to find something that actually slows down the neurodegeneration and progression of this devastating disease,” says Jennifer. “That would be incredible.” 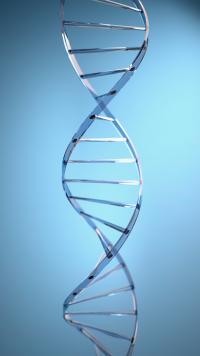 It is hard to fathom that changes in a single gene—one of around 20,000 in the human body—can wreak so much havoc. Under normal circumstances, the ATM gene associated with A-T encodes for a protein that coordinates each cell’s response to DNA damage, including regulating cell division and triggering DNA repair processes. In people with A-T, the mutated gene malfunctions, leaving DNA strands unrepaired which can lead to either brain cell death or unregulated growth that causes cancer.

The condition’s hyphenated name speaks to a litany of symptoms that you wouldn’t automatically expect to surface in a single disease. The ataxia relates to the progressively impaired coordination of voluntary movements and the telangiectasia relates to the development of reddish lesions of the skin and mucous membranes due to permanent widening of groups of blood vessels. There is also impaired functioning of the immune system – which in turn leaves the afflicted vulnerable to respiratory infections and other illnesses. Individuals with A-T also have an elevated risk for leukemia, lymphoma and brain cancer.

None of these symptoms were apparent when Connor was born. Outwardly he seemed like a healthy baby boy. But five days after Connor was born, the Grabans received an unexpected call that a heel prick test done to screen for a variety of genetic conditions had turned up something alarming. It appeared that Connor lacked an immune system, the hospital specialists said.

“This was 2018, pre-COVID, but we were acting as though it was COVID,” said Dan, an operations supervisor at Pittsburgh International Airport. “Connor had to be quarantined, and when I came home from work, I doused all my belongings in Lysol and took showers numerous times a day. I was petrified of getting my son sick.”

Immunologists at UPMC Children’s Hospital of Pittsburgh narrowed down Connor’s initial test results to a handful of conditions. Finally, whole genome sequencing zeroed in on A-T as the reason for the immunological problem. The Grabans were absolutely devastated and in disbelief. Their whole world began to change.

The couple researched everything they could find on the Internet—despite warnings to avoid the Google black hole of alarming information. Through UPMC, they were fortunate enough to be connected with the A-T Children’s Project. “I count us as privileged that we live in a state where newborn screens like the one Connor had are done routinely. The doctors noticed an abnormality right away and we were able to quickly line up the appropriate medical professionals to assist us in the diagnosis,” said Michelle. “I know that is not necessarily true for other A-T families.”

It also gave them a running start in finding specialists to help in Connor’s development. The Grabans concurred that knowing what lies ahead for Connor has allowed them to treat every day like a blessing, and to also scrutinize tiny changes in behavior that might signal an A-T symptom. In fact, there are already some outward signs that A-T symptoms are worsening. Connor must wear a bib to catch his drool, and recently at the park a neighbor noticed the little boy was wobbly and joked that he appeared drunk. “This came from a well-meaning parent, but it just broke my heart,” said Michelle, adding that it was literally the first time an outsider picked up on Connor’s imbalance.

With children with A-T, the motor control symptoms will continue to worsen, says Jennifer from A-T Children’s Project. “It is unfortunately one of those really difficult diseases where with the loss of muscle control, children with A-T can also have increased difficulty with reading, walking, eating, writing and speaking, which socially can be quite a barrier,” she said. "So, parents are in a race against time.”

Research into A-T is advancing for some but not all

Thanks to breakthroughs in drug development and molecular genetics, researchers have begun to 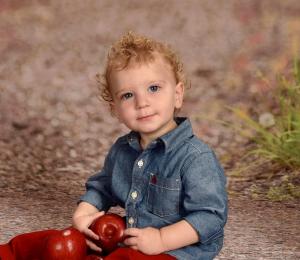 crack the puzzle for a handful of children with A-T and develop some truly groundbreaking treatments. The Boston Children’s Hospital, in partnership with the A-T Children’s Project, recently dosed a little girl intrathecally with a custom-made drug known as an antisense oligonucleotide or ASO that is designed to provoke the production of normal ATM protein. The ASO aims to silence a specific type of mutation that causes an unwanted splicing of the gene, allowing the missing protein to be made accurately

Unfortunately, the ASO approach may only apply to about 15-20% of the children and young adults with A-T. The ATM mutation in Connor’s genome does not fall under this category.

In the meantime, the Grabans and the A-T Children’s Project are passionate about pursuing this repurposing screen as they know they are in a race against time to find a cure for Connor and all other children affected by this debilitating and deadly disease. “We are really excited about the repurposing screen because it can help all kids with A-T,” said Daniel. “Worldwide, the more eyes we can put on this rare disease the better."

"We are doing everything we can to prepare for Connor's future. As any parent would try, we are committed to investigating new ways to extend our son's life, mitigate any unnecessary hardships he may face, and ideally find a cure, and if not for Connor, then for future generations of children born with A-T or other rare diseases,” added Michelle.

Beyond hoping that these efforts will find a treatment from among existing drugs much sooner than if they had to discover them from scratch, the Grabans and the A-T Children’s Project also see this project as a major milestone for A-T research. “We’re thrilled that, rather than relying on an academic lab to try to do this, a world-class organization like Charles River is bringing its industrialized, high-throughput approach to our disease,” said Daniel. “We’re getting access to the same technologies and rigor that global pharmaceutical companies receive, which is extraordinary, especially in the rare disease world.”

The A-T Children’s Project and the Grabans are on a mission to raise $185,000 for the repurposing screen. If you would like to be a part of the effort to find a cure for Connor and all other children with A-T, please consider a tax-deductible donation to the A-T Children’s Project’s fundraising efforts for this specific repurposing screen: https://www.justgiving.com/fundraising/ConnorsSuperheroes . 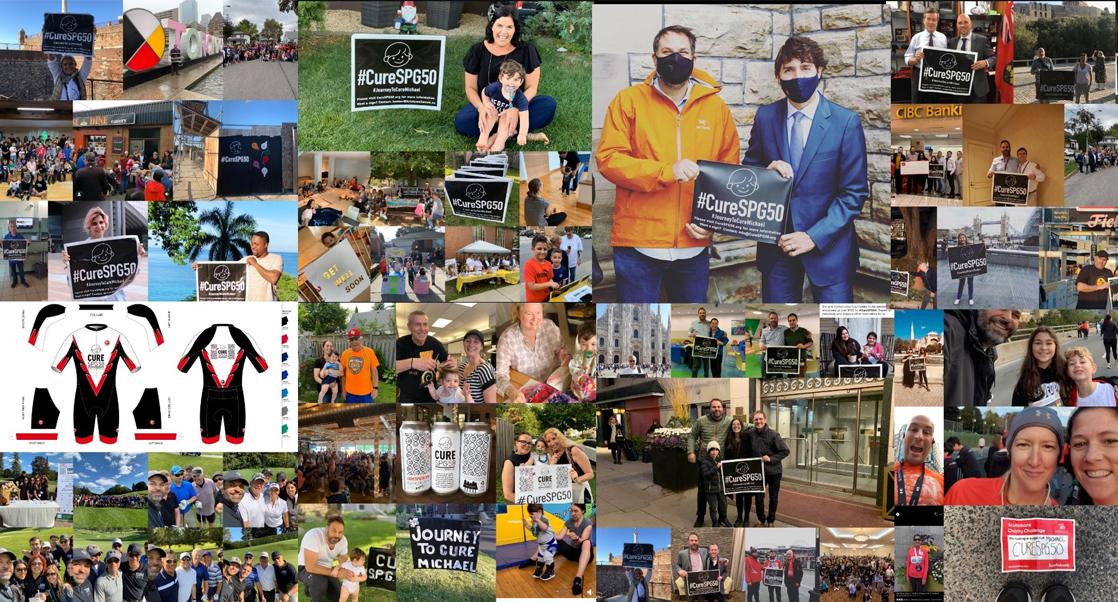 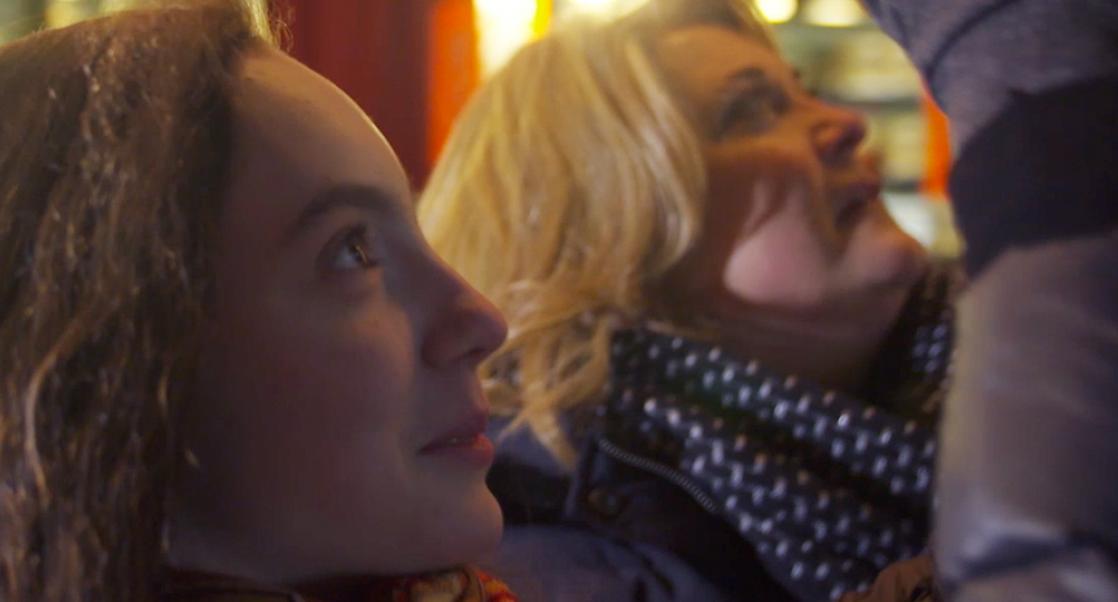